When GQ and I met up at a trendy Italian restaurant on our second date, he immediately reminded me how different he is from other guys I’ve dated. He kissed me hello, opened the door for me, put his hand on the small of my back and led me inside the restaurant. While we waited for the hostess to look up our reservation, he leaned against the stand, and looked into my eyes like he’d taken seduction cues from Ryan Gosling in “Crazy Stupid Love.”

When we got to our table, he helped me take off my coat and pushed my chair in underneath me. I didn’t even know people still did that; I’ve certainly never had the pleasure of dating anyone who engaged in chivalry. Over dinner, we swapped tales of teenage rebellion. I told him all about my childhood bedroom, which had a door that led right outside, and how I’d sneak out to round third base with my boyfriend in the woods near my house. He told me about the time he and his friends got caught drinking at a football game in high school and the principal insisted on calling his very conservative, very strict parents to come pick him up. Our conversation continued, and we even got into some deeper topics like religion, abortion and health care, sharing our viewpoints and seeing if our perspectives matched up— they did. I’d been wondering if GQ is religious, so I saw an open window when we started talking about how I gave up biting my nails for Lent.

“Are you Catholic?” I asked.

“To be honest, I don’t really identify with any religion, but I do believe in God and Heaven,” GQ explained. “Everyone just wants to feel like there’s a power out there greater than themselves. I would never say any religion is right or wrong. I respect them all.”

After dinner, we went to a small bar nearby and snagged a corner booth where we were able to talk more about our experiences and failures in dating, drink some good tequila and sneak in some of those kisses that made me weak in the knees the first time we went out.

“What are your plans next Saturday? I want to see you again,” he said.

“But the night’s still young, and I’m still here now,” I replied smiling.

“I know, and I fully plan on taking advantage of every minute. But I want to take you somewhere special on Saturday if you’re free. Are you?”

He grabbed my face and kissed me hard. “I can’t wait.”

After comparing our favorite karaoke songs and our broken bones from sports, we decided it was time to head out to a place with a dance floor where we could let loose a little bit. For hours, we had a blast bumping and grinding and making out like teenagers. When we finally decided to call it a night at 2:30 a.m., he wrapped his arm around me, kissed my forehead and said, “I think I’d like to take you off the market soon.” 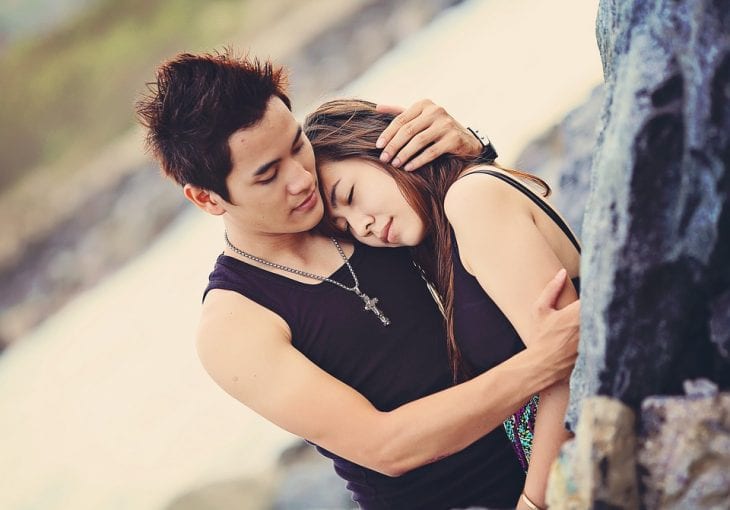 I smiled and replied, “I think I’d be very okay with that.”

I played it cool on the outside, but on the inside, my stomach was doing cartwheels and I felt more eager than ever to declare him as mine.

GQ had extended an invitation earlier in the night to stay at his place, and told me to think about it, but I remained unsure. I didn’t want to rush things, and I’d made it perfectly clear that I was looking for a relationship, not a hookup, so I worried going home with him on the second date might send mixed signals. But by the end of our date, I felt so safe and at ease with him that I knew I’d be in good hands. Things just felt natural. Even telling GQ that I had my period was easy. I told him that I didn’t want him to get caught off guard by my “body’s bad timing,” and waited for a disappointed reaction. Not only did he understand what I was telling him, but he was still psyched to have me over even though it was clear there would be no sex involved.

“I just don’t want to say goodnight yet,” he admitted, “and if that means you wearing my sweatpants in my bed and just having you with me all night, I don’t care about your period”

The easy, effortless feeling I once experienced a long time ago, in the beginning of my relationship with Patrick Bateman, had never really resurfaced until now. There’s a certain comfort and calmness I hadn’t felt on dates in so long, that I never even realized it was missing until this one. With every other guy, things felt forced and awkward, at least this early on. I realized I’d been telling myself that nobody’s perfect and that relationships are about compromise; that they aren’t supposed to come easy. But maybe I was wrong. I’m sure GQ’s not perfect, because nobody is, but what I can tell you is that, so far, we fit together perfectly.

We stayed up for a while, slowly stripping each other out of our clothes and making out in every room in his apartment. We ended up in his bed, falling asleep to his iPod when I coerced him into telling me what we’re doing on Saturday. It turns out, he bought to tickets to a Broadway show I’d mentioned I want to see, and crossed his fingers I’d be able to join him. If I couldn’t, he figured he’d “cut his losses.” 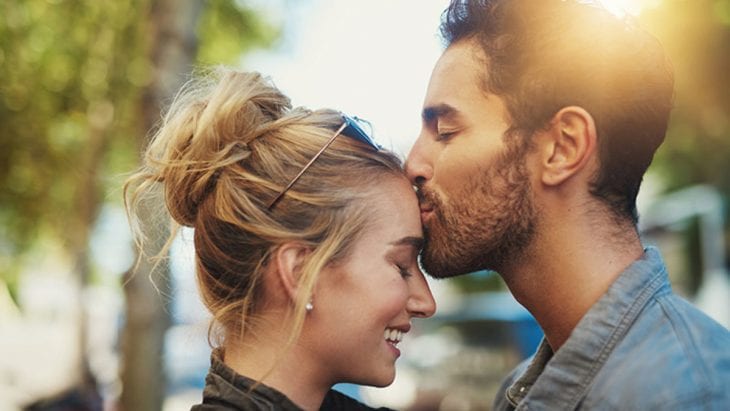 That night we slept all tangled up in his sheets, and parted ways by noon the next day after a full morning of cuddling. Before I left, his mom called. He picked up the phone and had a quick conversation with her, continuing to hug me and run his fingers through my tangled hair. At the end of their conversation, he said “Love you, Mom. Bye.”

I had a quick flashback to the conversation I had with Officer Handsoming nearly a month ago: “I’m an emotional robot. I don’t even say I love you to my parents.”

I felt a wave of sweet relief that I was with GQ instead of Officer Handsoming.

The next day, GQ texted me to see how the rest of my day went and to tell me that he didn’t want to wait to see me until Saturday. He invited me over for TV and takeout tonight, which I happily agreed to. The more time I spend with him, the easier things seem to get.  All of the other second (and third and fourth) dates I’ve been on with guys in the past have been full of questions, concerns and red flags that I’ve always tried to ignore, hoping that the guy would grow into being right for me. For the first time in years, I don’t have to ignore anything. At least not yet.