So you’ve finally found The One (or at least The One For The Foreseeable Future) and you’ve committed to a serious relationship. Now what? In our weekly column, Life After Dating, women discuss the unique joys and challenges of coupledom.

When Jeff and I moved in together — after six months of dating — it was out of convenience. My roommates were two dudes, one of which powdered his balls in the bathroom and made fun of my underwear hang-drying in the laundry room. Jeff was a musician living with his bandmates. His place was basically the apartment equivalent of tour bus — a bunch of guys rotating from futon to couch. There was a lot of Pabst Blue Ribbon and not very much food in the fridge. We both wanted out. We wanted to escape our situations. We were 22. There were no long discussions about the future or what living together or breaking up would mean. There was mutual, “OK. Let’s do it.” A week later, we found a place a few blocks away and before we knew it, we were eating pizza off of our very own repurposed crate/ coffee table like a real adult couple.

Jeff and I moved one more time into a nicer place. We only had three cohabitation arguments:

1) He thought he should have half of the closet even though he had, like, two things to hang and I had, like, 200.

2) He didn’t want to combine laundry, he wanted to do it separately.

3) He hated my lamp and refused to let it stay in the bedroom. I relegated it to a dark corner of our living room. Other than that, we lived happily together, with no talk of the future for almost three years. 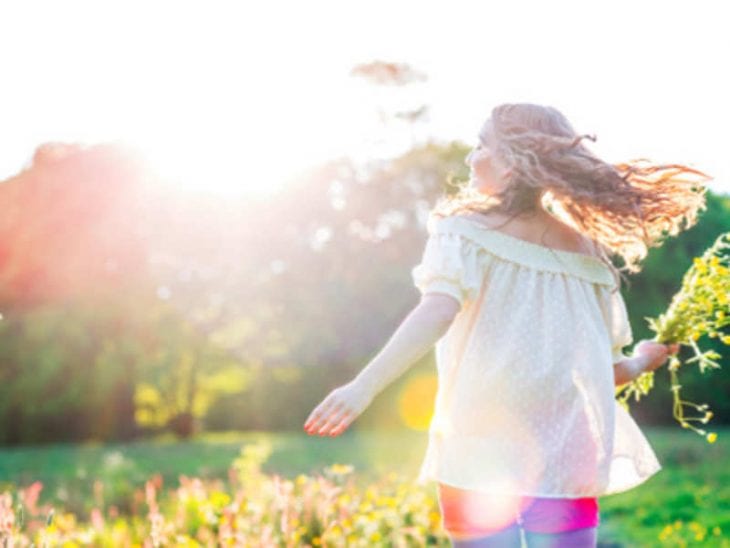 The decision to move out, while emotionally difficult, was just as simple the decision to move in. The moment I knew I was in love with someone else, I told him. We decided I would sleep on our big, blue whale of a couch until I found a place. I found one two weeks later. I left our apartment and most of our stuff because I felt guilty. When you’ve hurt someone you love deeply, but are no longer in love with, you don’t care about fighting for the vacuum cleaner, even though you paid for most of it. You want him to have it. So, at least when he’s  thinking about how you’ve done him wrong, he can have a clean carpet.

In the ten years since moving out of the apartment I shared with Jeff, the option of living with someone romantically didn’t come up once. Until now. This month is the one-year anniversary of meeting and falling wildly in love with an old friend from college I ran into on the subway.

The first time I went to American Apparel to buy a new t-shirt just so I didn’t have to go home and get fresh clothes, I knew that living together was something we probably needed to discuss. When we talked about it, we both agreed that we wanted to, not needed to, live together. But that didn’t mean we were ready to pull the trigger right away. We both had our skittnesshes. Him from being in a relationship for all of his 20′s, me from being single most of that time. We edged into the topic, dropping off-handed comments about “someday, when we live together.” When my bag-toting lifestyle got to me, the comments escalated to “when we live together and WHEN will that be?” No one tells you that once you find a person to love, you’ll be living out of a gym bag for the next year, deciding which scarf you want to bring because you can only choose one for the next four days. I call it the one-scarf lifestyle. No one tells you that you’ll feel like a displaced hobo, never knowing where your black bra is or which house you left your eye cream at.  When this inconvenience mounted, along with our commitment to each other and the relationship, we set a deadline. We gave ourselves until Thanksgiving to decide whether we were going to move into my place or move into his place. I was pulling for my place, he was pulling for his place. Driving home from his parent’s house , rain clouds parting over the horizon, we fought our cases. He leaned over from the driver’s side and kissed me once we agreed that we would find a new place of our own by May because we both wanted to compromise. We talked about what our requirements were, what neighborhoods we liked and what our budget was. 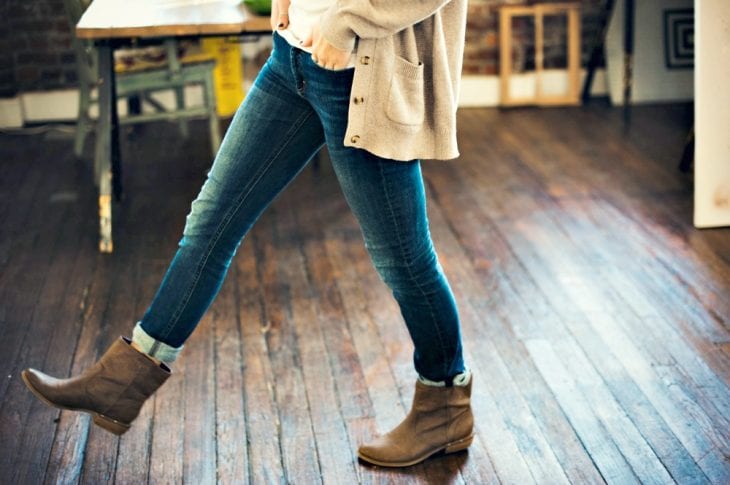 When we made the decision, I mostly felt relieved that there would be an end date to my one-scarf lifestyle. But as our apartment hunting ramps up and our move-in date approaches, all I feel is sheer excitement (mixed with some anxiety about cleaning out my closet and money).

Moving in with someone feels so different this time, with ten years of experience and eight years of singledom under my belt. There’s no resignation or hesitation. The decision feels right logistically and somewhere deeper — the same nudge I felt to go talk to that familiar-looking guy on the subway a year ago tells me it’s time to move forward together, that everything will work out. I know there will be cohabitation fights and adjustments in our future, but I also know for certain that there will be a future. This time, I decided with intention to build a life with someone. Not to escape the life I had, but to forge a new one, together.