Dater XY: I’ve Got A Booty Call Plus

With a high of four degrees and over a foot of snow, the weather was not fit for man nor beast. But I had a date, so off I went into the icy cold. I’d met The Teacher through an online dating site, like so many of us do these days. I had sent her a message to see if she wanted to share a drink, she accepted, and we met at one of my favorite restaurants.

Over dinner, we chatted about the usual first date things: where we were from, how long we’ve been in the city, music we like, if we enjoyed our meals, etc. The more we talked, the more our chemistry grew. Of course, the chemistry could have been the Malbec. But judging by the smiles on our faces, The Teacher and I had something more. After a few hours of flirtatious and witty banter, we paid our check and I walked her to a cab. Our next date was set in two weeks and I was a happy guy.

Excited and nervous for our second date, I made plans for dinner and the symphony afterwards. Just as with our first date, conversation flowed naturally and neither of us could stop smiling. We were having such a great time that we forgot about the symphony and barely made the end of intermission. Afterwards we went back to my place for some wine. As happens on the best dates, our conversation became more personal as we grew more comfortable with each other.

I rarely share certain aspects of my life with others, let alone this quickly after meeting. But with The Teacher, I felt completely safe in talking about my brother’s mental health and addiction issues. She told me about her younger sister passing away from cancer. Before we knew it, it was 3 a.m.. I called her an Uber and after a long embrace and amazing first kiss, she was on her way. 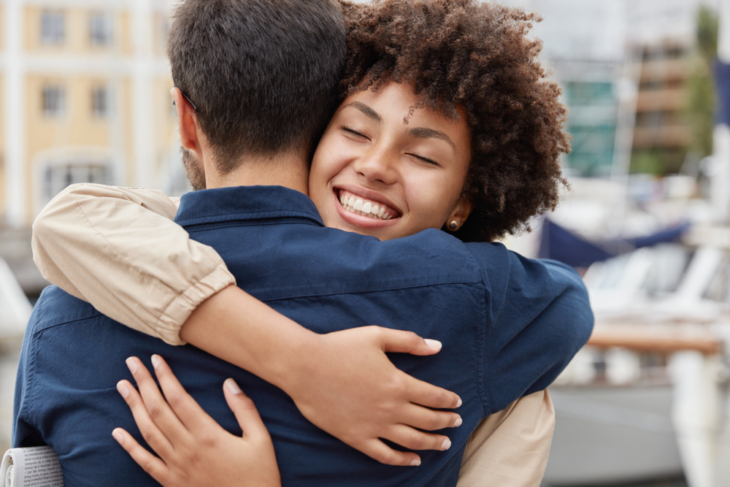 The Teacher and I had only been on two dates up to this point, but I couldn’t deny the deep connection I felt with her. Even though our schedules were hectic for the next several weeks, we maintained constant contact talking in some form, almost daily. By the end of February, our schedules both settled down, so I invited her over for shrimp n’ grits. (Yes, I’m from the South.)

We picked up right where we left off: smilies plastered to our faces as we talked about each other’s day. After dinner, I queued up a mutual favorite show on Netflix and cuddled up to her on the couch. Eventually, we made our way to my bedroom. Nervously, given this was just our third date, I tried to take things slow; I wanted her to be comfortable with everything we were doing. In the end, we stopped at second base and I was fine with this. Would I have cried if things went further? Negative. But I I really liked her! I was more interested in a relationship with The Teacher than just a booty call.

After that night, The Teacher and I started seeing each other two or three times a week and spending the night at each other’s flat on most occasions. We usually had a lot of sex when we saw each other, but our relationship wasn’t just about sex. We did things most couples do. We went out on dates (dinner, hiking, etc) every week, I cooked her dinner and when she got sick, I’d brought over soup. I couldn’t have been happier with where we stood; I enjoyed spending time with her regardless of what we were doing.

I assumed The Teacher felt the same way, even though we still hadn’t had “the talk.” You know, “the talk” that defines the relationship once and for all. By that point, it was almost April. The fact we hadn’t sat down to talk about our status as a couple hadn’t crossed my mind, because we saw each other all the time and seemingly did everything a couple would do. I had taken my online dating profile down a while back as I wanted to focus on her and her alone. Plus, we were having fun! Why make things weird by asking her to define it?

It wasn’t until my female roommate asked me at the beginning of April about our status that I really began to wonder myself. I felt like The Teacher and I were a couple but it was true that we had never actually talked about it. And once I thought about it, there were a couple of red flags as well. We hadn’t met each other’s friends; though we were well versed in their names and they would regularly come up in conversation. We weren’t Facebook friends at this point (let alone a Facebook official relationship) but I assumed that’s because she isn’t really into social media.

I knew at this point I had a decision to make. I could (a) confront The Teacher, have the talk and possibly have what we had going end or (b) continue apace doing whatever it was we were doing. I decided on the later; partially out of a complete and utter lack of cojones but also because I was new to the city and more important to me was establishing a core group of friends. While I do want an official relationship, what I currently had was close enough while giving me a certain level of freedom to make new friends outside of her. Solidifying our couplehood, I justified, might slow down or even stunt my other friendships.

It wasn’t until mid-May that The Teacher finally talked about where we stood. She called me one night after work because she wanted to talk about her upcoming vacation (planned before we had started dating), which entailed being gone for almost two months.

She wanted me to be free to see other people while she was gone, she said, because it “wasn’t fair to me.” This explanation confused me because, to be honest, I would have waited for her when she got back. Given I still lacked the aforementioned cojones, I didn’t push the issue. I told The Teacher to enjoy her trip. We would get back in touch when she came home and, I hoped, pick up where we left off.

Throughout the summer The Teacher and I maintained some contact mostly by text. I was free to see others during this time — that she had been clear on — but I never went out on any dates. Partly I didn’t go out because I did miss her, but also because I wasn’t interested in putting any effort into a new relationship. And as always seems to be the case, summer flew by and the next thing I knew it was August and The Teacher was back in town.

Things picked up right where we had left off. How I felt about what the relationship had changed, though. I didn’t regret anything that happened earlier, or over the summer, but I was no longer okay with the ambiguity. So after our second date once she had returned, I asked The Teacher what we were doing. “Are we dating each other?” I asked. “Are we boyfriend and girlfriend?” 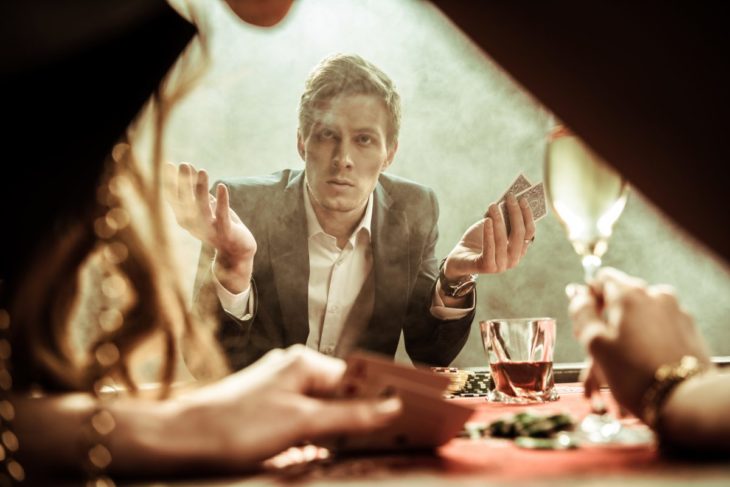 To say she was taken off guard would be to put it lightly.

The Teacher was barely able to make eye contact and when she did, she quickly would look away.

“Is that what you think we’ve been doing?” she asked, almost annoyed that I insinuated we might have been dating in the past and would start dating again. Trying to end the conversation, she said, “We don’t have to talk about this right now, right? We can talk about this later, okay?” I said fine, but made it clear I wanted clarification at some point as opposed to this grey area between a booty call and a relationship.

Walking back to my flat, I couldn’t help but feel disappointed. I’d missed The Teacher over the summer and was excited she had come back. At the same time, though, I felt grateful that I had brought it up as I was no longer okay existing in this grey area. I want something more than a casual relationship. I want someone to eventually share my life with.

It’s been about two weeks since I asked The Teacher where we stood. Communication has been sparse. So what had we been doing? What would we have been doing if things continued? I’m still not entirely sure, but my friends called it “booty call plus.” Not exactly a relationship … but something more than a weekly hookup.

What I do know is that it is time to move on. I’ve got to let The Teacher go. And I’m okay with that, because I’ve got myself a date. But that you’ll have to hear about next week …

The 16 Stages Of Having A Crush On Someone (In GIFs!)