Dating Don’ts: How To Handle Rejection In Dating

Like conducting a job search, online dating is an exercise in patience, compatibility, and, sometimes, rejection. It’s not romantic, but to a certain degree, the search for a suitable partner is not unlike the job hunt. You use the internet to varying degrees of success, clicking and writing emails and then clicking some more, and sometimes, if the cards are in your favor and the stars align, you end up meeting a stranger in a public setting and make awkward small talk while wearing shoes that pinch your toes and more makeup than you would for a Tuesday. When it’s over, you’re euphoric or despondent, alternating between mapping out a future for yourself or envisioning waiting for an email that never arrives. You follow up, you wait, things usually don’t pan out. When you do find success, you realize that it came the way most things in life happen — organically, through people you know. Matched with destiny, your future trips happily towards the light.

This is the best case scenario, a situation that everybody assures you will happen, regardless of how dire it all looks.

“We met on Tinder, and now we’re in a happy relationship!” a friend exclaims as they stroke the shoulder of their beloved.

“I have so many dates on OK Cupid that I hardly know what to do with myself,” says another friend, tugging on a strand of hair as she scrolls through her inbox.

“If you just put yourself out there, you’ll find somebody. You’ll be the ones turning them away,” yet another friend assures you, with great seriousness. “They’re all waiting for you to show up.” 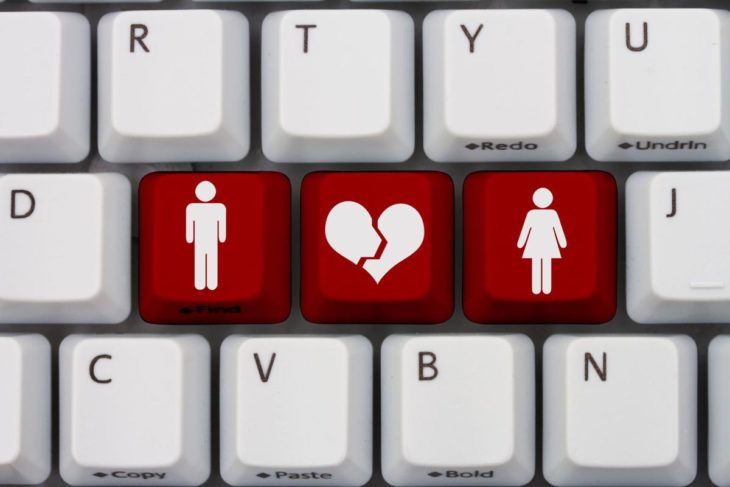 Emboldened by these testimonials, maybe you find someone, or something, that just works for you. A first date that you were dreading exceeds your expectations. He is taller than advertised. He is charming. He is intelligent, and asks all the right questions about your career. He does not balk when you adamantly insist on paying your share of the bill. There’s a kiss goodnight that is pleasant, with not too much tongue and no teeth, and plans, loose plans, are made for the future. You fall asleep that night with dreams of double dates and long hangouts in the waning summer light dancing through your head. A few more dates go by, each one better than the first, and you can’t help it, but you’ve already started to form an attachment against your better judgement. You wait a few days, a week, and then the text that you didn’t want but somehow knew was inevitable arrives. Something came up. He really liked you but he’s not ready for a relationship. It would be better if you were just friends. It’s not you, it’s him.

There’s no other way around it — rejection sucks. It doesn’t feel nice to invest energy or emotional weight towards something, only to have it belly flop a few weeks later. The fear of rejection is the reason a lot of people eschew dating completely, preferring to limit their interactions to encounters that require less emotional commitment and effort. Rejection is the risk you take when you put yourself out into the world, and it’s a big one. There are things to know to make it easier. 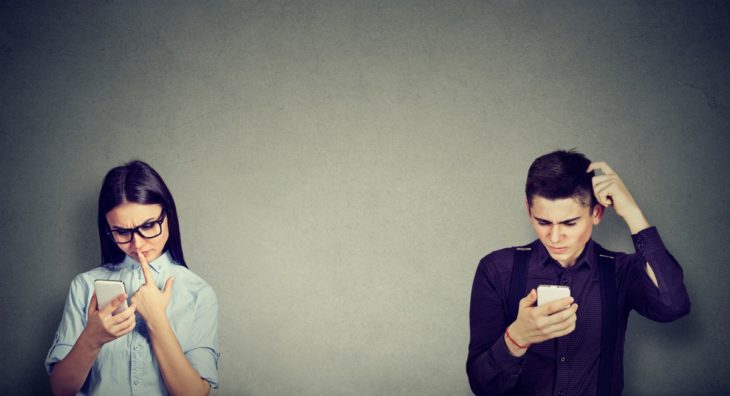 1. Rejection is not necessarily a reflection on you. Honestly, we never really know why rejection happens, so it’s best to accept whatever shitty excuses you’re receiving. “It’s not you, it’s me” is a terrible thing to hear; it’s cliched, it’s unclear, and most of all, it is a shitty deflection technique, deployed by people who aren’t brave enough to admit what the real problem is. If someone tells you that they “aren’t ready for a relationship,” you have two choices: Whine about how that’s bullshit, or accept the fact that hey, maybe they’re telling the truth. If someone doesn’t think they’re ready for a relationship, then I bet you $5 and an Us Weekly subscription that any relationship you would start with that person would be fraught with drama. Nobody needs that.

2. Process what’s at the root of your feelings. Sure, some weirdo you met on the internet kissed you once or twice or maybe three times, took you out to a couple of weird bars and that one movie neither of you liked, and then at the end of the whole thing, decided that he wasn’t into it. Or that he “wasn’t ready.” Or whatever. Yeah, the feeling sucks, but it’s also not the worst thing in the world, and it should not stop you from being the successful and happy dating butterfly you’re meant to be. Process the rejection, but also use it as an opportunity to look closer at what you really want. I think that sometimes we feel weird about rejection because it is lovely to be desired, even if it’s by someone you’re not really interested in the first place. Sometimes the sting of rejection is less about the actual person rejecting you and more abut the sting of no longer being the object of desire. Deal with that.

3. Wallow, then move on — fast. If you’ve run into a string of bad luck in your dating life, it’s natural to want to put on your comfiest sweatshirt and attempt to slowly disappear into the embrace of your sofa, a pint of ice cream in your hands, but don’t stay there too long. Wallowing in these moments feels good, but it’s counterproductive to the larger thing you’re trying to accomplish here, which is living a full life, regardless of your relationship status. If some dude you were really into pulls the “lets just be friends card,” go ahead and eat the ice cream, drink the Pinot, text your group thread mean things about him until that gnawing feeling in your stomach goes away. Just don’t do it forever. There will be others.

How To Flirt Without Being Predatory

Poll: What Do You Wear On A First Date?