Dealbreaker: He Wanted Me To Be His Pimp

On occasion, I get mildly – just mildly – depressed. That sort of depressed where you can’t quite pin it on one particular thing, where it’s more a general, ambiguous malaise. On the occasions when I find myself feeling this way, and as a single woman in her 30′s who lives alone and works from home, I try to get out of the house. On one such occasion, I decided to treat myself to brunch. I did so at a restaurant down the block from my apartment, a spot I dined at, on average, two times a week. Whenever I go in there, I arrive with book in hand, sit at the bar, order a glass of wine, followed by a bowl of soup, followed by a cup of hot water. The routine, as a whole, prompted frequent urination, which both A) provided helpful intermissions to my reading, and B) helped me, as a Solo Diner, to look occupied.

The restaurant’s most winning feature is – and has always been – a loin-achingly handsome waiter I shall henceforth call Brian.* If you imagine both John Lennon and Justin Timberlake at their most handsome of stages, shaken, stirred, poured into a tall glass of water, you’d wind up with Brian. I knew, as all patrons knew, that Brian was to be not obtained, merely ogled; that one did well to appreciate him as exquisite décor rather than realistic option.

On this particular Saturday, however, as though clued in to the malaise I spoke about before, Brian’s behavior toward me appeared suddenly to shift. He was notably more chatty and attentive. He asked, “So, how are you?” He checked in on six different occasions to see how my wine and soup and water were going. He told me he liked the shirt I had on. 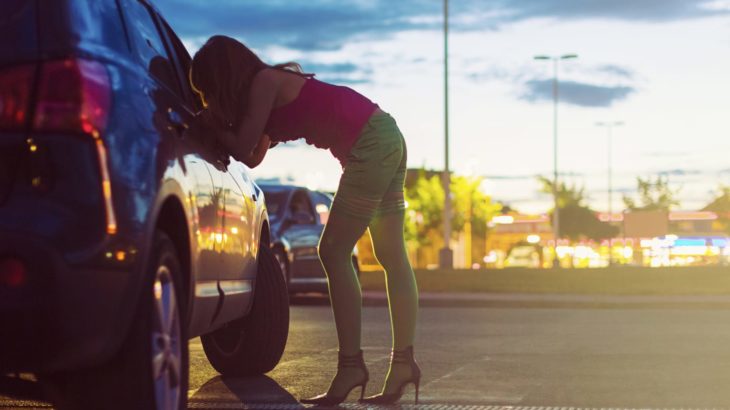 “Really?” I asked. “I think it has this sort of, like, widening effect on my back.”

I paid my bill and urinated for the final time, at which point Brian sauntered over.

I had, prior to this moment, known joy. True joy. Visceral joy. I’d held newborn babes in my arms, I’d caught wind of divorces I’d predicted years before. I had known true and visceral joy. But nothing could compete with this, the adrenaline rush of someone so handsome planting himself in my afternoon skedge.

Brian laughed. “Are you nervous?” he asked.

“I THINK, YES, I AM NERVOUS!” I said. “ALSO, I THINK I AM THINKING OF WHAT SHIRT TO WEAR! SOMETHING THAT’D BE MORE SLIMMING FOR MY BACK?!”

Brian reiterated the point that my back looked lovely as it was, suggested a local wine bar, confirmed our now-imminent date for 4:30.

Perhaps your intuition is sharper than my own, and so you might find yourself thinking what I was barely sharp enough to think myself: That quickly shifting behavior ought always to raise a red flag.

But nothing’s up, is what I told myself. Brian’s just being nice. And I’m just being negative if I think otherwise.

And who can blame me? Identifying intuition as negativity so as to justify moronic actions? I mean, it is a solid way to be.

Brian and I met for drinks, struggled to drum up conversation, settled eventually on a back-and-forth about the perils of waiting tables. We additionally discussed my encyclopedic knowledge of seasons one and two of “30 Rock.” Brian insisted on walking me home. Having arrived at my front door, he asked, “Why don’t we head upstairs and, um, watch a little ’30 Rock’?” at which point I felt self-delightedly quirky for having had “30 Rock” used on me as part of a seduction.

By 8 p.m., Brian and I had plowed through half of season one of “30 Rock.” Yet nary a move had been made. Brian excused himself to go to the bathroom. I texted a friend requesting advice. I’m not usually one for such rom-com-y behavior, but I was desperate, confused by the signals. I wrote, “Does he just want 2 watch TV??? Tell me wht 2 do!!!” and my friend wrote back, “OBVI he is shy! He wnts YOU 2 make a move!”

But no, I thought. It cannot be.

Picture, if you will, George Clooney and Tiny Tim seated on a couch. Now imagine, if you will, that one of the two of them must shoulder the burden and make the first move. Would there be a question as to whose confidence was operating at a higher level? And, therefore, upon whose shoulders such responsibility must rest? No. There would not. It would rest upon George. So would it rest upon Brian.

Brian returned from the bathroom. He rubbed his hands together.

I prayed it would involve “30 Rock,” and that, as I answered, Brian might interrupt me with a Goliath-style toss-down from couch to carpet. Instead, he explained he’d been dabbling in prostitution.

“I’ve done it a couple times in the past few months,” he said. “But it’s, like, hard to drum up business as a dude.”

“You’ve been … dabbling. In … prostitution?” I repeated.

“Oh,” I said. “Right.” I thought for a moment. I thought, So does he want me as a client? I thought, Would he then, perchance, accept a credit card?

“So is it, like, a cash only thing…?” I started, but Brian interrupted, “And I see how you are the restaurant: You’re sharp about how you spend money. You read a lot; I know you’re smart. And you’re a lone wolf too, you know? Not afraid to be alone. And I started thinking about it, and I was like: Now that’s what I need in a manager.”

Regarding Brian’s assessment, I struggle even now with where, exactly, to start. A gal can debate this stuff for only so long, however. Eventually, she must dive in:

I thanked Brian for his offer, but explained myself to be less qualified than I appeared. He told me he understood.

“And I hope there aren’t any hard feelings,” he said.

And I told him there weren’t. Since there weren’t. I mean, if Tiny Tim discovered George Clooney wasn’t interested in him romantically, you wouldn’t think, “Oh. Well, Clooney’s a d**k.” No. You’d be like, “Oh. Well, Tiny Tim’s stupid for having thought he stood a chance.”

*Name has been changed.