Dear Wendy: “I Got Friend-Zoned. Now What Do I Do?”

I met a guy off of a dating website recently. He is actually exactly what I’m looking for. Since we met, he has initiated most of the time we spend together. We talk about solid things — everything from weekend plans to our past relationships, families and goals. We have more in common than I ever expected. I feel great around him and happy, but the catch is he says he just wants to be friends. Although hurt, I told him it was perfectly fine because he’s a great guy and I’d love to stay friends. He looked at me and said, “Great! This means we have more opportunities to hang out — sporting events, movies, comedy shows…” and although he IS a great guy, I do have feelings for him. He totally friend-zoned me and I don’t know why. The only possibility is that he’s not physically attracted to me. I don’t know what to do; do I hang out with him and get over my feelings? Do I give him and our friendship time to see if something develops? We’ve only known each other for two months and it’s been great. I’d love to date him but he’s also admitted in the past to not wanting a relationship until he gets a few things taken care of at work, which will be this summer. What’s his deal? — Wanting More 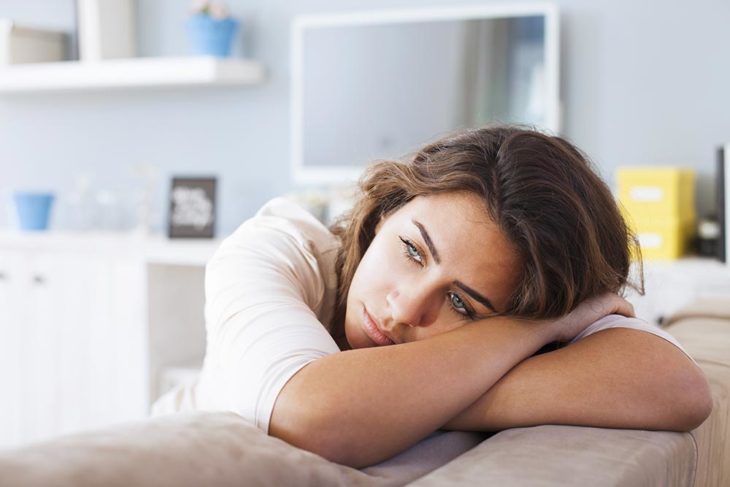 He can’t start a relationship until summer?! What? I’m calling BS. If he has time to hang out with you constantly, he has time to be in a relationship with you. What in the world is he dealing with at work that’s stopping him from being more than just friends with you? He’s either not attracted to you, he’s gay and hasn’t come out yet, or there’s something else fishy going on. Either way, you’re not doing yourself any favors by continuing the current status quo. These psuedo dates probably just leave you more sexually frustrated than anything else.

If you were fine being friends the guy and harbored no hope for a relationship with him, I’d say there’s no harm in continuing to hang out with him. It’s rare to find people we connect with so quickly and have such a good time with, after all. But the truth is that you do have feelings for him and they sure as s**t aren’t going to go away if you keep spending all your time with him. In fact, you’ll probably miss opportunities with guys who really are available to you because you’re so hung up on this one, hoping he’ll come around in time and that something will finally “develop.” But here’s the thing: He’s not going to come around. If, after two months, there hasn’t been anything more than a friend vibe between you, that’s probably all there ever will be. Cut your losses and bid this lad farewell. My guess is once you find a man who truly wants a relationship with you, you won’t be missing this flake.

My boyfriend and I have been together over four years, though he is in the Marine Corps and has cumulatively been away for almost half the relationship. He tells me he wants to marry me, but I’m not yet ready. I know he’s the one, but I think we need to spend more time together physically before committing to a marriage (especially since we’re both in our 20s!). I would like to get to know him more by living with him and think this is a practical way to take the next step since being geographically close is the one thing our relationship has lacked. He, on the other hand, doesn’t want to live with each other before getting married because “it wasn’t his idea” and he “needs to get used to the idea.” I think if he wanted to marry me for the right reasons he would be willing to sacrifice in order to make me comfortable with getting married. I’ve spent many months at a time waiting for him to come home, and now I feel hurt he is unwilling to equally invest in the relationship by making a baby step compared to a lifelong marriage. I don’t want to end the relationship, nor do I want to get married right away. Is there a way to effectively solve this rift or come to a compromise? — Young and Confused First of all, what has your boyfriend been doing all this time if not “equally investing in the relationship”? I mean, I get that it’s difficult to wait at home while your significant other is away on duty, but it’s not like it’s a walk in the park for your boyfriend either. You need to give him credit for the sacrifices he’s made and quit looking at the time you’ve had to spend apart as nothing but a big drain on you. Second, moving in with someone isn’t a “baby step” on the way to marriage. It’s a huge step, period. I understand why you’d want to make it before committing to marriage and it’s a step I’d encourage most couples to take before tying the knot, but if it’s a step your boyfriend isn’t ready to take, it’s not like there aren’t other ways to spend time together. Besides, your boyfriend didn’t say he would never consider living together before marriage; he just said he needed time to get used to the idea. And frankly, I think you both could stand to do some growing up before you move forward at all.

Put the marriage idea on the back burner — it’s not like he’s even proposed yet, right? — and enjoy being together, geographically speaking. Talk about what you both want in your future, what you imagine your roles in marriage to look like, and how you plan to deal with future deployments your boyfriend may have to make in his career as a marine. Since you seem to be concerned about getting married for the “right reasons,” it wouldn’t hurt to discuss what those reasons are. With enough open and honest communication, I think you’ll both come to the next step in your relationship — whether that’s getting engaged or moving in together — pretty organically. If you don’t, or you’re still disagreeing over what the next step should be, I’d suggest couples counseling — perhaps even through the military with someone who has an understanding of the unique pressures military spouses/families have to endure.

Life after the second divorce | How to start from scratch?