Domestic violence is a problem that impacts more people than you may know. On average, 20 people per minute are physically abused by their partner in the United States. This can equal as many as 10 million people per year. Unfortunately, there are many myths that still surround domestic violence, and learning the truth may help save your life or the life of a loved one.

According to the National Coalition Against Domestic Violence (NCADV), 1 in 4 women and 1 in 9 men are victims of severe domestic violence. Types of domestic violence may be physical, sexual, or mental. In addition, 1 in 7 women, as well as 1 in 25 men, have been injured by a spouse or partner. 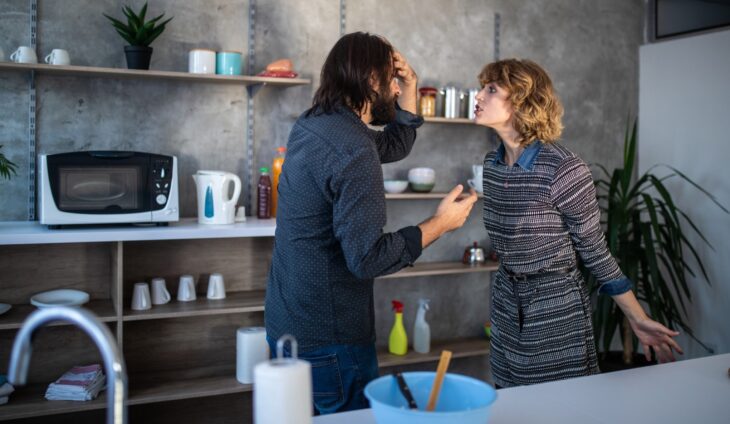 2. Domestic Violence is only Physical

Domestic violence is not only physical abuse. Statistics show that abusers may not ever strike the person they are abusing. They may use verbal taunts, extreme control methods, or even stalking as a way to abuse someone. Sexual abuse is another form of domestic violence, while others may abuse it economically.

It is not unusual for an abuser to claim their drug or alcohol use as an excuse for domestic violence events. It is true that nearly 80 percent of all domestic violence crimes are related to the use of drugs and alcohol. This is often because when someone is under the influence, they may lose control of their inhibitions, increasing the risk of abusive behaviors. However, not all abusers are under the influence when they commit their abuse. 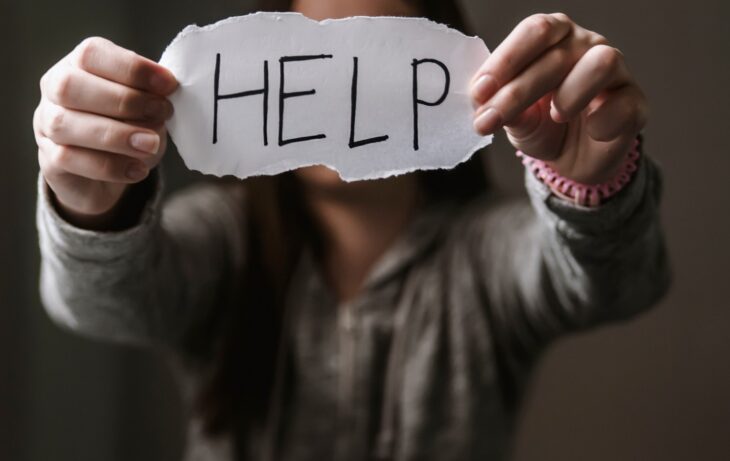 4. An Occasional Slap or Punch is Not Domestic Violence

Slapping or punching your partner is abusive, no matter what the circumstances may be. Striking someone else, especially in anger, is unacceptable. In most cases, the occasional slap or punch leads to more frequent assaults until the victim is being hit on a regular basis. It is also important to note that even a single slap or punch could result in serious injury.

5. It is Only a Momentary Loss of Temper

Too often, people believe that an abuser has simply lost their temper for a moment. However, experts indicate that when someone is abusive, they choose to batter someone. Often domestic violence is a method used to control the other person. 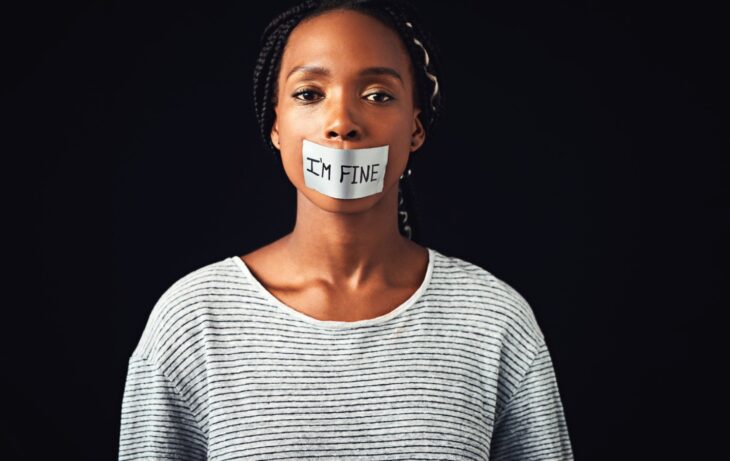 6. An Abuser Who Is Sorry Won’t Do it Again

It is not uncommon for an abuser to be sorry after an attack. They may bring the abused person gifts, send flowers, or apologize profusely. They may promise it will never happen again in order to keep the victim with them. Unfortunately, the majority of domestic violence events are repeated over time. It is not unusual for the abuser to be remorseful each time as they actually use their remorse as a way to control.

It is true that domestic violence is more common among those who live in poverty, but abuse can occur at any income level. In some cases, poverty traps an abused person as they do not have the resources to escape their abuser. However, it may also be difficult for an affluent abuse victim to escape as their abuser may control the finances to the point they have no disposable income. 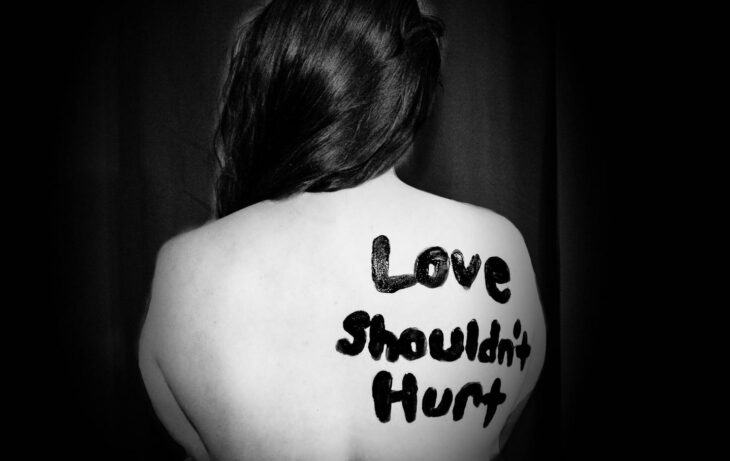 8. Domestic Violence Is a Private Matter

For decades, people hid the fact that they were abused by their partner as it was thought to be a family matter. However, in one study, 20 percent of the victims of domestic violence were not the partners themselves. They were family members, law enforcement officers, friends, neighbors, or bystanders who attempted to intervene.

Domestic violence causes victims to lose over eight million paid days of work each year and costs society $8.3 billion each year. As many as 60 percent of victims lose their jobs due to abusive behavior.

9. Victims Ask for the Abuse

This myth is very common, with some believing that the abuser provoked the attack. This type of belief is especially dangerous as it places the blame on the victim and not on the abuser. Domestic violence is never the “fault” of the person who is being abused. The responsibility lies with the abuser alone.

However, an example that counters the argument mentioned above would be the Stockholm Syndrome. It refers to the situation where the victim ultimately bonds with the abuser. This is an emotional response that is quite common with kidnappers and the kidnapped. Although this bond may not occur immediately, some victims can learn to live with, and even appreciate their abuser over some time. This can happen after a couple of days, weeks, or months. In this situation, it is important to look at the gravity of the abuse. In most cases, Stockholm Syndrome can occur when the abuse does not involve physical violence. 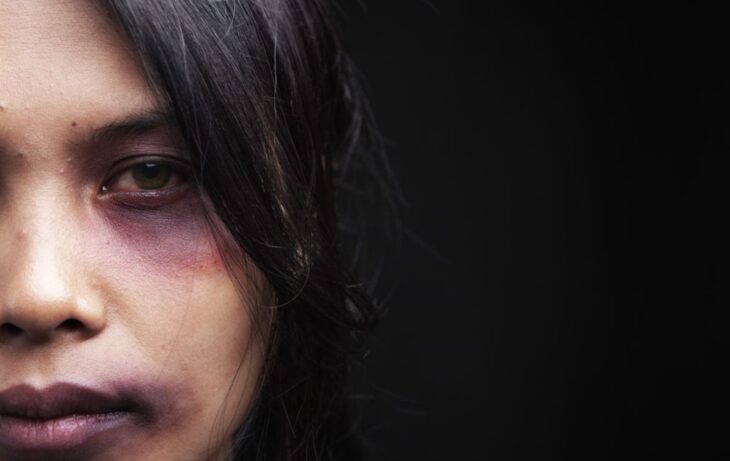 10. The Victim Would Leave if it Was That Bad

It can be very difficult for an abuse victim to leave as their abuser goes to extremes to prevent them from leaving. If the victim is able to leave, the most dangerous time for them is in the first few weeks after they leave. This is when an abusive partner may take drastic measures to keep the victim with them.

In some interviews of men who killed their wives, it was found that they did so when the wife threatened to leave or actually did leave the home. In addition, victims of domestic violence have very complex reasons for staying. In some cases, psychological abuse may have convinced them they could never succeed without the abuser. In others, the abuser may use children as a tool to keep the abuser there.

If you are dealing with domestic abuse, it is critical that you take whatever steps necessary to protect yourself and your children. In some cases, to protect yourself obtaining a restraining order may be the only solution. For additional information, you can always learn more. An attorney can tell you how, and if you can’t afford a lawyer the clerks at your local courthouse can guide you through the process.

Can You Win at Online Slots Without Maximum Betting

The Truth Behind Some Of The Most Damaging...

How to Detect and Fix A Tax Fraud