Did Meghan Markle and Prince Harry Get the Advice to Leave the Royal Family From Oprah?

Even though Prince Harry and Meghan Markle’s decision to resign from the British Royal Family seemed sudden to us, for them, it has been a long time coming.

Since the wedding in May 2018, there has been a lot of tension between the royal family and the press. In particular, Meghan has been the subject of harassment and bullying ever since she became part of the family.

So, the couple decided to step away and become financially independent. The Duke and Duchess have been planning this for a long time.

“After many months of reflection and internal discussions, we have chosen to make a transition this year in starting to carve out a progressive new role within this institution. We intend to step back as ‘senior’ members of the Royal Family and work to become financially independent, while continuing to fully support Her Majesty The Queen. It is with your encouragement, particularly over the last few years, that we feel prepared to make this adjustment. We now plan to balance our time between the United Kingdom and North America, continuing to honour our duty to The Queen, the Commonwealth, and our patronages. This geographic balance will enable us to raise our son with an appreciation for the royal tradition into which he was born, while also providing our family with the space to focus on the next chapter, including the launch of our new charitable entity. We look forward to sharing the full details of this exciting next step in due course, as we continue to collaborate with Her Majesty The Queen, The Prince of Wales, The Duke of Cambridge and all relevant parties. Until then, please accept our deepest thanks for your continued support.” – The Duke and Duchess of Sussex For more information, please visit sussexroyal.com (link in bio) Image © PA

After they returned from Canada, they dropped this bomb. Nobody new about this, including the queen. They said: “We intend to step back as ‘senior’ members of the Royal Family and work to become financially independent, while continuing to fully support Her Majesty The Queen.”

Now, the royal fans assume that this was the plan all along. Harry’s friend Tom Bradby is quite supportive. He describes it as making a break for independence and freedom. Harry and Meghan just want to learn to live on their own.

Oprah Winfrey did not advise the royal couple to step down 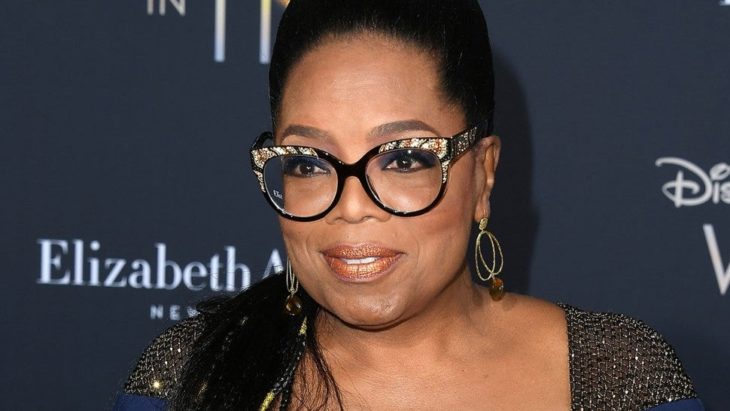 Even though Oprah became close to Markle in recent years, she did not advice the Sussexes about their new chapter. A source said “Oprah was the first person to talk to Harry and Meghan about breaking free and doing their own thing, building on their own brand. She made them realize it was really possible.”

Then, Oprah spoke about it, saying: “Meghan and Harry do not need my help figuring out what’s best for them. I care about them both and support whatever decisions they make for their family.”