Did The Jurors In Steven Avery’s Trial Allow Brendan Dassey’s Recanted Confession To Influence The Verdict?

In Touch magazine has an exclusive story in their current issue featuring interviews with multiple jurors from Steven Avery’s 2006 murder trial sharing their current thoughts on the guilty verdict that has been called into question by the new Netflix docu-series, Making A Murderer. This comes on the heels of one anonymous juror allegedly telling the filmmakers that the jury “compromised” by finding Avery guilty on two charges but not a third, hoping that the mixed verdict would send the “message” that Avery should get a new trial. If true, that tidbit is unsettling, especially because it belies just how ignorant the average jury member is about the entire judicial process, but it is unlikely to be helpful in getting Avery an appeal. What might be more helpful, however, is what one juror, identified as Juror #2, told In Touch when asked what the jury believed happened to Teresa Halbach:

“Torture and rape. Then he shot her in the head. He cut her up and put her in a burn barrel.” Juror #2 is referring to what Brendan Dassey, Avery’s nephew and alleged accomplice, told police happened to Halbach in a confession that he later recanted. Shortly after Dassey gave this story to the police, prosecutor Ken “King Garbage Monster” Kratz shared the lurid details at a press conference which was aired on television over and over again well before a jury was selected for either trial. Avery was also charged two additional counts of kidnapping and rape based on Dassey’s confession.

However, the lack of physical evidence to support Dassey’s tale — for example, there was no DNA or blood to be found in the bedroom where Halbach was allegedly raped and stabbed repeatedly — and the fact that he later recanted, led the prosecution to chuck this narrative entirely when presenting their case at Avery’s trial. (The additional charges were also dropped.) The jurors were instructed by the judge to not consider this story of rape and torture, or anything else they had heard about the case that was not introduced at trial, when deliberating the verdict. But based on what Juror #2 told In Touch, the defense’s fear that the jury pool was tainted and that their client did not have the presumption of innocence appears to be true.

The Most Garbage People In “Making A Murderer”

The Most Garbage People In “Making A Murderer,” Ranked In Order Of Their Loathsomeness

Ranked in order of how loathsome they are, of course.

So, what does this mean for Avery now? “If a jury made its decision on incomplete, improper or withheld evidence then there are absolute grounds for a new trial,” New York criminal defense attorney Bruce Baron told the magazine. “The jurors now may well be brought before an appellate review and ordered to describe whether they discussed certain inadmissible details they should not have brought into their deliberations.”

On Monday, Avery filed two motions for an appeal, alleging violations of due process rights; the first claims that a search warrant executed on the Avery property was invalid and any evidence from that search should have been inadmissible. The second claims that a juror pressured others into voting guilty. While Avery’s original trial attorneys, Dean Strang and Jerry Buting, are still involved in the case, Avery has hired defense attorney Kathleen Zellner to represent him. With Wisconsin’s entire judicial system seemingly hellbent on keeping Avery and Dassey behind bars — from the judge who presided over the original trial and has denied their appeals, all the way up to Governor Scott Walker, who vowed not to pardon them — she’s signed up for a hell of a fight. 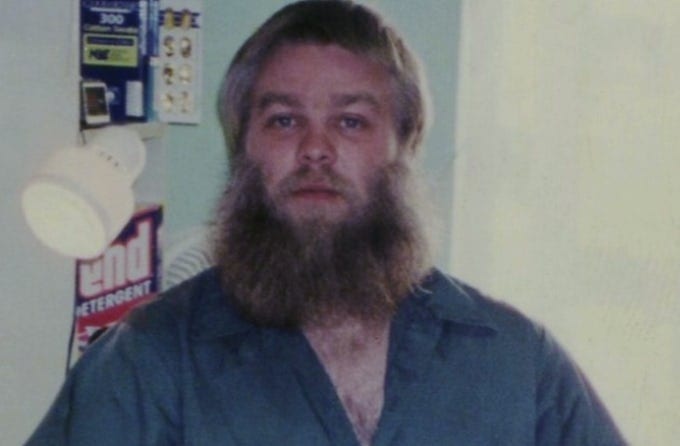 How To Survive The First 30 Days Of A Breakup

Brad Pitt and Jennifer Aniston have been in...