Donald Trump was always a very controversial personality, and now that he is the President of the United States of America, the opinions are different. Many of the Americans, as well as the people from all around the globe, are not considering Trump to be very compatible to run the state and its affairs. He has had many mishaps, and the things he is saying are having many scratching their heads, trying to figure out how he got to be the president in the first place. 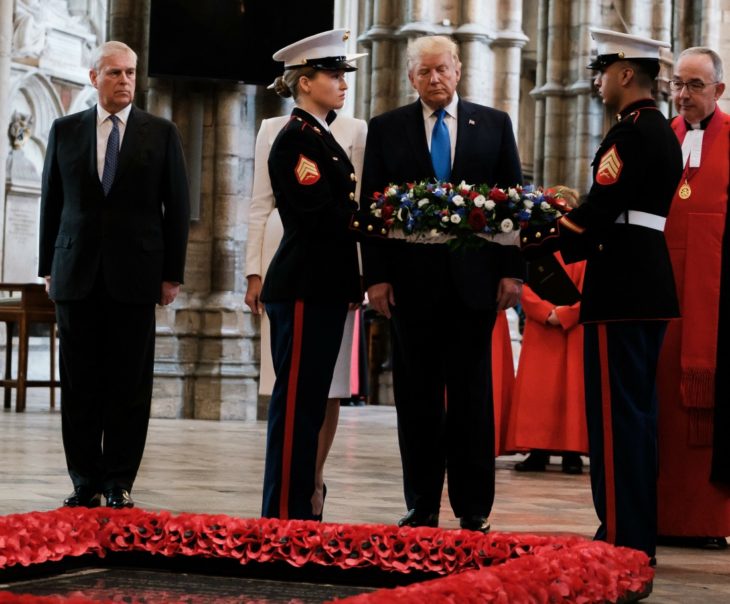 Something interesting yet again happened recently. The 70th anniversary of NATO is taking place in London. Many are stating how NATO is not as powerful due to Trump’s way of leading the politics, and many are blaming Vladimir Putin, the Russian president, for that. Putin’s politics are different in many ways, and Russia is known not to follow the way west is leading their countries and.

To make matters worse, Boris Johnson is currently the British prime minister, and he is a known Trump supporter. Jonson is under challenging positions as the elections are soon to take place, and if he attends to do something good for his career, he can’t be seen in the company of the current US President. Ridiculousness is happening all around, and Johnson even had physical attempts to avoid the presence of Trump by pushing Emmanuel Macron out of his way.

An event from the past came into limelight with the visit of Trump to London. There are even pieces of evidence of Trump, Prince Andrew, and Jeffrey Epstein partying. Epstein and Ghislaine Maxwell had some people who were minor from Mar-a-Lago to party. Of course, the current US president has no recollection of that event. According to Reuters, “U.S. President Donald Trump said he did not know Britain’s Prince Andrew but that it was a “very tough story” when asked for a reaction to the royal’s decision to step back from public life. Andrew, 59, Queen Elizabeth’s second son, has stepped back from royal duties after he gave an interview last month over his friendship with the disgraced late U.S. financier Jeffrey Epstein.” To make the story even more ridiculous, Trump declared. “I don’t know Prince Andrew, but it’s a tough story, it’s a very tough story.”