Over the last year, cbdMD Incorporated has seen a huge surge in sales at its online CBD store. Part of the reason is due to all their celebrity endorsements from athletes and music stars. However, the bigger reason for cbdMD’s growing success can be attributed to none other than U.S. President Donald Trump.

If you have been following American politics, then you know President Trump is a rather controversial leader. The country is divided over many of his policy proposals and ideas. But when it comes to hemp-derived cbdMD products being transported from state-to-state, most Americans think it should not be against the law. President Trump happens to agree with this consensus.

In 2018, President Trump signed a piece of legislation called the Agricultural Improvement Act. You may know it better as the “Farm Bill.” After this bill was signed into law, it federally legalized the use and transportation of hemp. Do not confuse hemp with marijuana because they represent two different areas of the cannabis plant. Hemp comes from the Cannabis sativa, which has under 0.3% THC. The marijuana flower, on the other hand, has more than 50% THC. Because hemp has very little psychoactive properties, it is not viewed as a threat to the public’s health anymore.

Of course, all CBD products have been legal for a long time. But there were a lot of federal regulations in the CBD market which prevented suppliers and retailers from moving hemp-based products across state lines. President Trump’s action on the Farm Bill now takes away these regulations. Now companies are less afraid of federal backlash over hemp when it comes to interstate commerce.

Many people think President Trump should go all the way and make recreational marijuana legal at the federal level. Several states have already done this, but it technically remains a federal crime if anyone consumes marijuana. But if it were ever to become legalized at the federal level, then you’d see an entirely new market get created around the sale of THC and marijuana-based products. 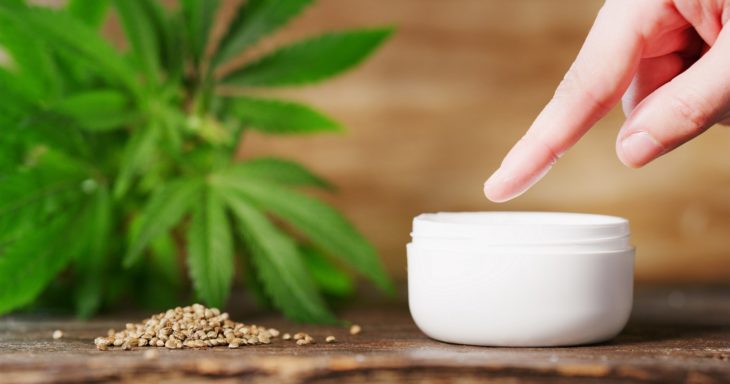 Canadian lawmakers have already taken the initiative by legalizing recreational marijuana in their country. Canada is now the first industrialized nation in the world to do this. However, there are certain limitations on which types of cannabis products you can purchase there, such as creams, edibles, and concentrates. It is definitely a step in the right direction, though.

As a result of all these changes to North American laws, cbdMD products are gaining widespread popularity in the United States and Canada. It’s only a matter of time before more laws get passed that ease the restrictions on cannabis-based product sales even further. With all the chaos facing President Trump’s administration, perhaps he’ll make an appeal to what most Americans want by legalizing marijuana. It would certainly go a long way in preserving his legacy as a president, regardless of whether he gets impeached by the House Democrats.

For now, cbdMD is enjoying its success in the CBD market. They are currently one of the top CBD sellers online, and it doesn’t look like that will change anytime soon.

Dating Don’ts: 5 Good And Bad Times To Have “The Talk”

How Are Waterproof Headphones Made? – 2022 Guide

How is Wine Made?