When asked again, by another reporter, if he would implement such a system, in the style of Nazi Germany registering Jews and requiring them to wear the Star of David, he repeatedly responded, “You tell me.” Which, frankly, I think he really means. If Trump thought there was support for such a Hitler-inspired system among his base, he wouldn’t have a problem with it.

Trump also reiterated that he would monitor and possibly shut down mosques. He also said that he would immediately send back the mere 2000 Syrian refugees we have taken in — half of whom are children and a quarter of whom are over 60. 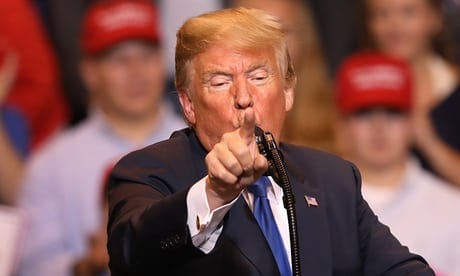 Unsurprisingly, conservative outlets like Breitbart are suggesting it is unfair to suggest that Trump was fully endorsing Muslim ID badges reminiscent of the Nazis requiring Jewish people to wear the Star of David, when he never directly answered the question. There will also be a lot of people who suggest that to even ask such a question is unfair. However, when you’ve got a guy who responds to questions about what he would actually do if he were president with something like:

…it is completely fair to ask him what those unthinkable things are.

Now, I generally dislike the idea of drawing comparisons to Nazi Germany, Hitler, etc. For the most part I find it intellectually lazy, histrionic, and often disrespectful to the horrors people actually endured. But what else can we say here? Really, what else can we say, when someone does not respond in abject horror at the idea of requiring people to wear something designating what religion they are? That is not exactly a thing anyone should go down as neutral or vague on.

Donald Trump is a bad person. He is a mean-spirited human being. Whether or not you want to interpret his evasion of that question as an endorsement of such a practice, he is still suggesting that persecuting a group of people for their religion is a practical safety measure. Which it is not. And f you think he’s just being flip and cheeky? That is also disturbing.

This is also far from the only horrific thing Trump has endorsed or said. He suggested all Mexican immigrants were rapists and drug dealers. He endorsed reinstating the human rights disaster that was Operation Wetback. He’s talked about somehow making it mandatory for people, including the 30 percent of Americans who are not Christians, to wish everyone a Merry Christmas. He responded to the shooting in Oregon by saying “These things happen.” He consistently says terrible things about women related to their appearance – even Republican women like Carly Fiorina. He repeatedly sneers that all his opponents are “losers.” 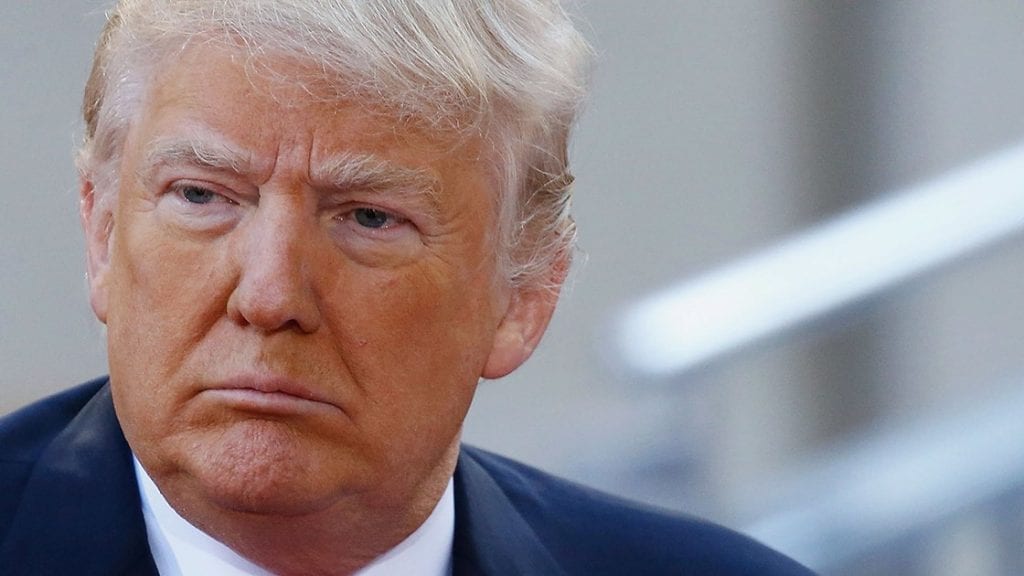 Donald Trump is also a deeply, deeply stupid person. ID badges aside, if he were to become President and ship all the refugees back to Syria, start a Muslim database, and start closing down mosques, we would lose the respect and support of our allies and the United Nations. We would add fuel to the rhetorical fire of those Trump thinks these measures would somehow protect us from — and you know what? If our government were to start actively going around and persecuting Muslims, they would have a goddamned point.

To think that going around throwing your dick hither and yond is going to command respect throughout the world and “Make America Great Again” is immature and misguided. It’s babyish. It is not the way a wise person handles things. It’s the way someone angry about being thrown out of a bar for being too drunk handles things.

The attitude of “I do what I want, fuck the haters” is fine for reality television. It is fine if you are a Real Housewife of Somewhere. It is a completely insane attitude for a President to have. His supporters say they value the fact that he just “says what he thinks,” and that this apparently matters more than what he actually thinks. I mean, hell, I say what I think too — that doesn’t mean I should be President.

Donald Trump is not a good person and he is not a smart person when it comes to anything outside of making money for himself. We should not be living in a world or a country where he has a chance of becoming President, or is taken seriously by anyone. That we are living in such a world is what’s truly terrifying.

How to Prepare for the Citizenship Test –...