Presidential Election 2020: What are the Odds for Trump vs. Biden?

The drama is about to reach its climax as we are getting closer to Election Day in the United States. The Americans will vote on Tuesday, November 3rd, in the 59th quadrennial election. A lot has changed since the start of the year as the political and social situation in America, as well as across the Atlantic, has significantly impacted the presidential race. It will be a two-man contest as Joe Biden is looking to become the first candidate to beat an incumbent president since Democrat Bill Clinton dispatched Republican George H. W. Bush in 1992. Regardless of the winner, the United States will get the oldest president ever. Joe Biden would be 82-year-old if he serves a full first term when elected, while Donald Trump is currently 74-year-old, meaning he’d also surpass Ronald Reagan who was 77 when he finished his second term. We could thus easily witness the maiden scenario in which an incumbent president will not be elected since 1992. Democratic Party nominee Joe Biden seems to have gained sympathies among people across the country and he will enter Election Day as a favorite to win. 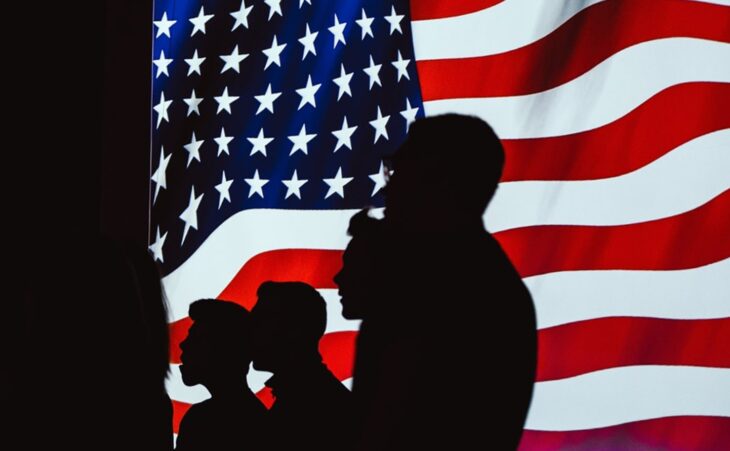 As we could have expected, the sportsbooks all over the planet have released the odds for the 2020 US presidential election. If sports betting is not your cup of tea and you do not know where to find these odds, BettingBilly is one of the sites that offer lists of the most popular sports betting operators in both the United States and the world. We are going to discuss these odds referring to both sportsbooks’ and analysts’ opinions and predictions. At the first look, Donald Trump has little chances of defending his presidential position as he goes into the Day D as a clear underdog, but can we really underestimate the current president?  Let’s analyze the odds changes since the start of the year to find out when has Donald Trump lost the advantage.

The timeline of odds changes 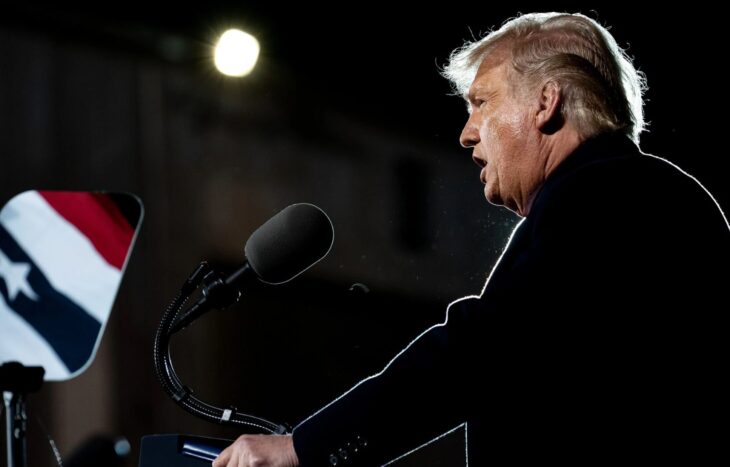 Donald Trump began the year as a pretty big favorite to get reelected in November. Back then, he did not even have a genuine opposition given Joe Biden had not even been elected as a Democratic Party candidate. The former Vice President could have been found at sky-high +500 odds to win the campaign at some sportsbooks then. Nevertheless, he gained massive ground after Super Tuesday as his odds reduced drastically by March 19th.

*Despite fluctuations, Trump regains control by the end of March

Trump’s favorite role has swung back and forth in the second half of March. He went from +110 to -110 in a couple of days at a cost of Joe Biden. The President benefited from his anti-social distancing measures, especially with Easter on sight. People embraced his beliefs, still not taking coronavirus seriously, as Donald Trump regained the -110 odds to win.

A new name popped up in the sportsbook’s offer on March 25th as New York governor Andrew Cuomo suddenly became popular for his strong efforts in the battle against the pandemic within his state’s borders.  The coronavirus outbreak negatively impacted Biden’s progress as the ex-Vice President went to +120 on March 27th. The difference was expanded by the end of the month as Trump switched his mind over the pandemic announcing an extension of social distancing measures through the end of the following month. 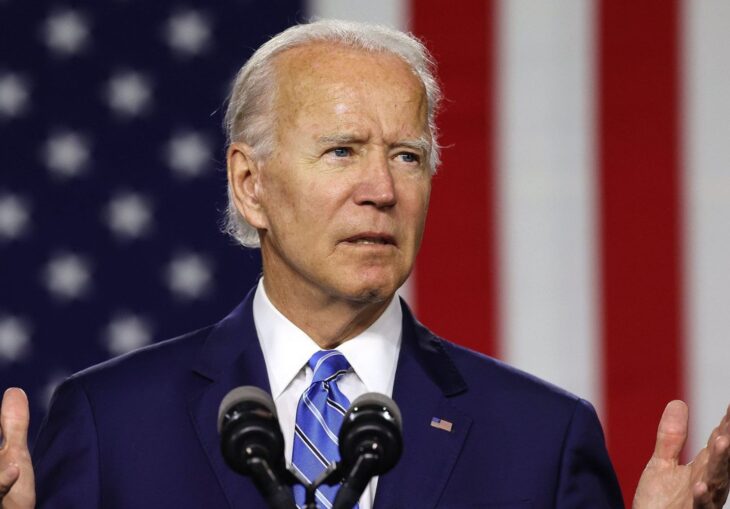 *Bernie Sanders exits the race on April 8th, paving the way for Joe Biden to represent the Democrats

Trump’s negative trends began with April 8th when Bernie Sanders decided to quit his ambitions of becoming a Democrat presidential nominee, clearing the way for Joe Biden to enter a two-man race. Naturally, Biden’s odds were instantly boosted as he improved to +100, getting within just two percentage points of the current President.

The odds stood still throughout most of May 2020, all until the 25th of the month. It was the date when a 46-year-old black man was brutally killed by police officers in Minneapolis, causing a series of protests across the whole country in the next several weeks. Also, the ongoing pandemic has killed more than 100,000 Americans by June. At that point, the sportsbooks were forced to accept the uncertainties by giving equal chances for a win to both Trump and Biden (+100 apiece). 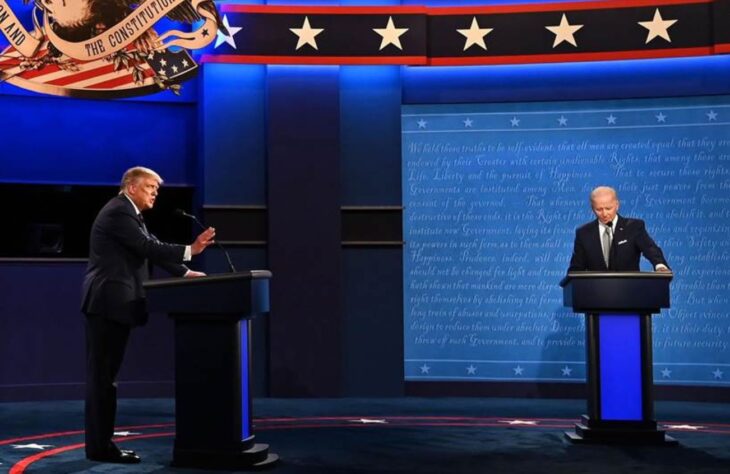 Trump has completely lost sympathies in the wake of racial protests and an unsuccessful battle with the pandemic. Biden gained his maiden slight edge on June 4th. The gap increased to the point where Trump was +175 (just 33% implied probability of winnings) by the end of the month.

Donald Trump managed to catch up with Biden in August, but the first debate saw has significantly hit his chances once again. After the debate, the former Vice President went from -137 to -161. Trump tested positive for coronavirus just a couple of days after the debate. At that moment, the sportsbooks have completely removed the presidential election odds only to return them in a few days. By then, four weeks before the election, the sports betting operators have finally narrowed the list of candidates down to two names. 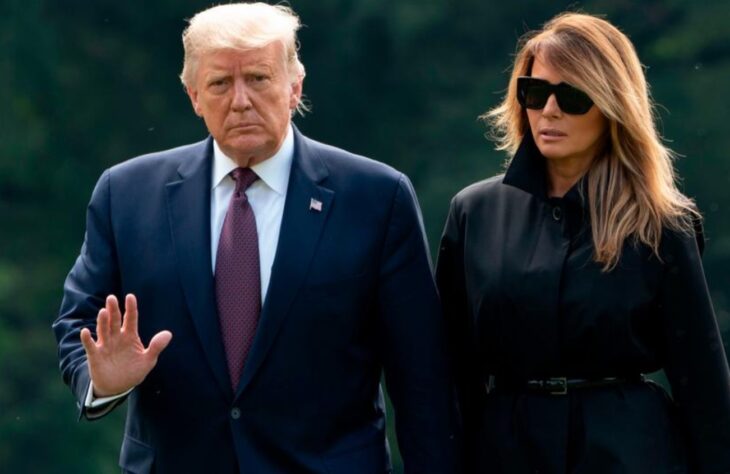 Just when Trump seemed to be recovering grounds in the battle for supremacy over the Democratic nominee, the trend swung against him once again. By mid-October, the current President went to +200, the worst odds he has had since the start of the campaign. Although his chances slightly improved before the second (and last) presidential debate on October 23rd, he still has only 1/3 of chances to win. The debate itself did not change anything as Donald Trump can now be backed at +180 to be re-elected whereas Joe Biden is -227 to become the oldest US president ever.