Cannes Film Festival is a 12-day marathon for the celebrities who want to show their sense of fashion. Stylists and designers start preparing for the event about two months ahead, they want to make sure that the celebrities they collaborate with are wearing the best outfits on the red carpet. Some names like Elie Saab, Roberto Cavalli, Dior, Balmain, and Gucci are routinely coming back every year. They are proud to have the longest lists of celebrities they dress for Cannes.

However, this festival is not about numbers, it’s about strategy. Cannes Film Festival has two red carpets daily, and many other events that take place before and after the red carpet. It’s about dressing the right celebrity, and being able to match their capricious requirements. And sometimes an entire year of planning is ruined when the celebrity decides to wear a different dress an hour before the red carpet, or because the nasty weather would destroy a certain clothing piece before the celebrity walking the red carpet for a photo session. 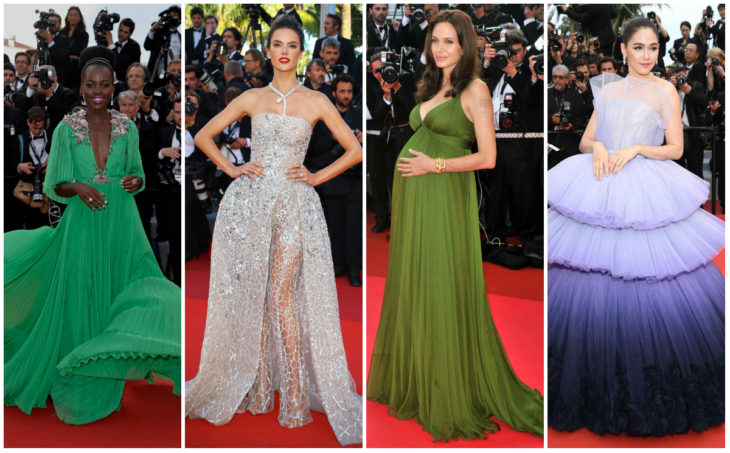 How do celebrities come up with some of the most iconic outfits in fashion history?

When the final list of movies is published, fashion houses start receiving requests from celebrities. Some of them get so many, they have to evaluate them and refuse some people. But the question is who is getting a “yes”. Well, Emilie Legendre, the communication director at Elie Saab states that they choose the image of the actress. Fashion brands want to associate their name with the one of a person who does not offend their customers. When they dress celebrities for Cannes, they want to make sure that their clients consider the celebrity a role model, and they would follow their example when they will dress for a special occasion.

Some brands sell a certain image and promote certain codes, for example, Elie Saab creates extremely feminine and glamorous dresses, so the fashion house has to make sure that the women it dresses match this image.

To create the best looks, the actresses and fashion houses have to create a relationship, and to share the same vision. Sometimes the relationship starts when the actress is still relatively unknown to the public. The fashion house trusts their talent and potential, and they choose to associate their name with the one of a rising star.

Some people may have the misconception that the ultimate placement for a brand would be to dress a world-known actress like Charlize Theron, but sometimes this is not the best move. Cannes is the place where stars from different parts of the world gather, and it’s an opportunity brands don’t miss to generate buzz in different countries. Sometimes it all depends on the nationality of the celebrity, the fashion houses decide where they want to expand their line or where they want to promote their products, and they choose the actress who would better help them achieve their goal. For example, when it comes to the Asian customers they relate better to the way their celebrities dress. It’s something you will not see anywhere in the world. Asian celebrities start the trends for their public and if one of them decides to wear a Dior gown at Cannes, more than half of the women who will attend similar events in Asia will opt for Dior dresses.

Once the fashion house decides their strategy for that year, they wait for the Film Festival to post their official list of movies. Once they know what the main themes of the event will be, they start selecting the celebrities who will help them achieve their goal. Many brands set up on-site tailor labs who make sure their models don’t experience any problem. As stated before it’s a 12 days event and for 10 days they have two red carpets on the same day. The first one is at 7 pm and the second one at 10 pm. And did we mentioned that after the red carpets the celebrities can also attend parties?

So, they know whom they will dress, what outfits they will wear, but they have to also come with a plan B if the weather is tricky. However, if for fashion brands rain is the worst thing they could ever face, for shoe designers is a blessing because celebrities have to hold up their dresses. If you want to learn more about the best looks in Cannes throughout the years here is a top.

What were the most iconic Cannes outfits throughout history?

There isn’t too much to say about the following outfits, they speak up for themselves. 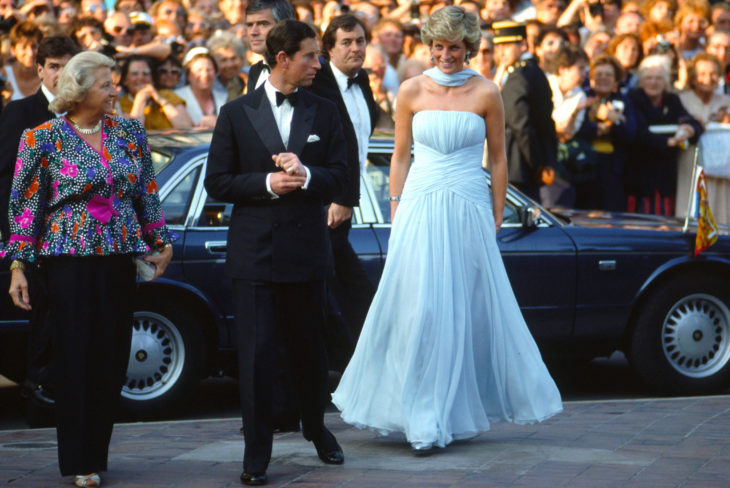 When Lady Diana Spencer attended Cannes Film Festival in 1987, she opted for a baby blue chiffon gown and scarf, with shoes matching the colour of the gown. The gown featured an A-line silhouette, strapless neckline, and a ruched bodice. 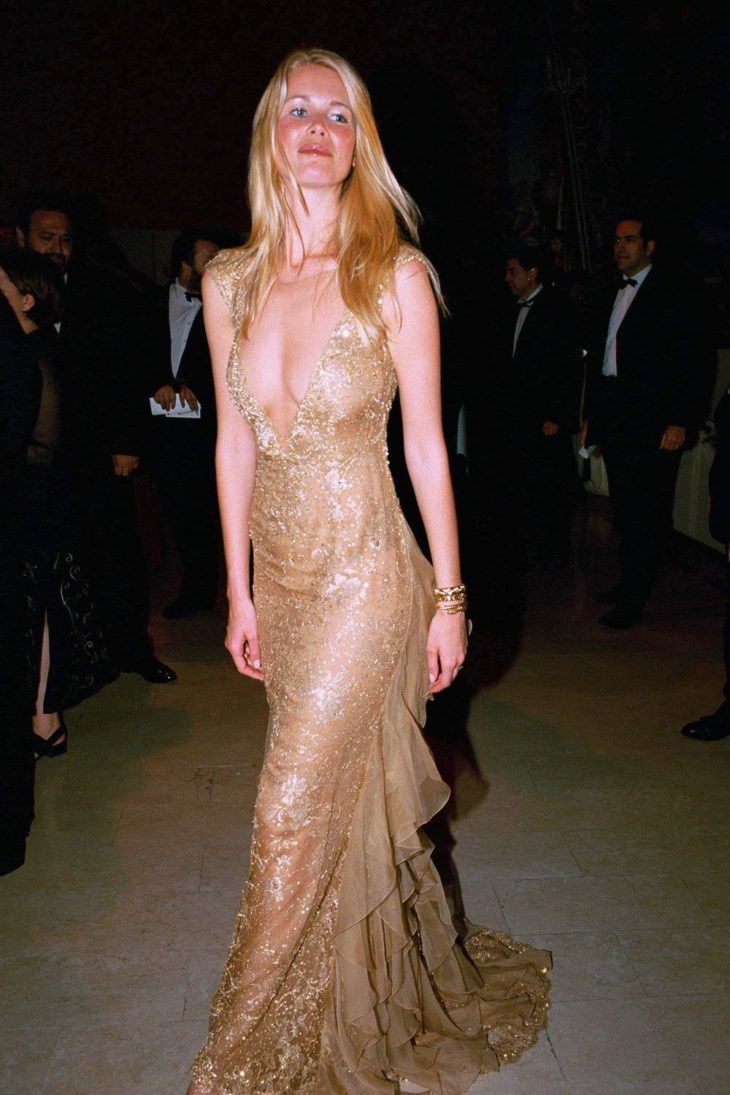 Claudia Schiffer wore a see-through dress with a low-cut front in 2000. She looked like a Greek goddess when she stepped on the red carpet with a gown featuring a golden flower embroidery and a small chiffon train. 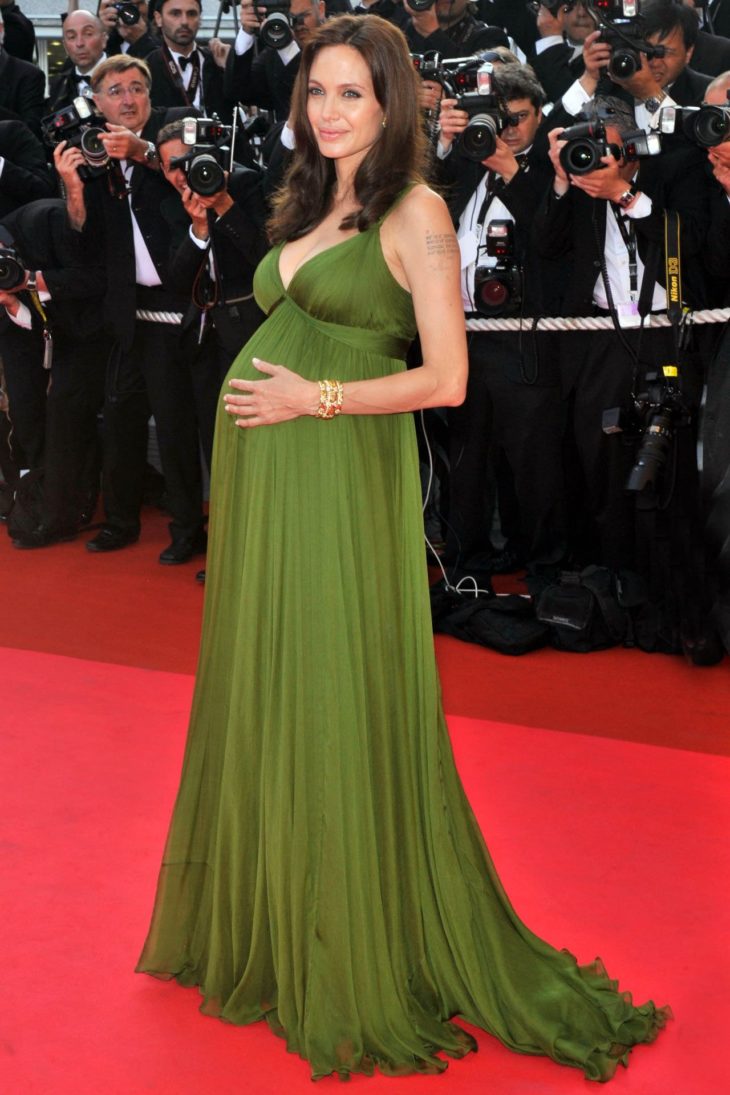 In 2008, Angelina Jolie was pregnant with her twins but she simply stunned in a green flowy Max Azria gown. 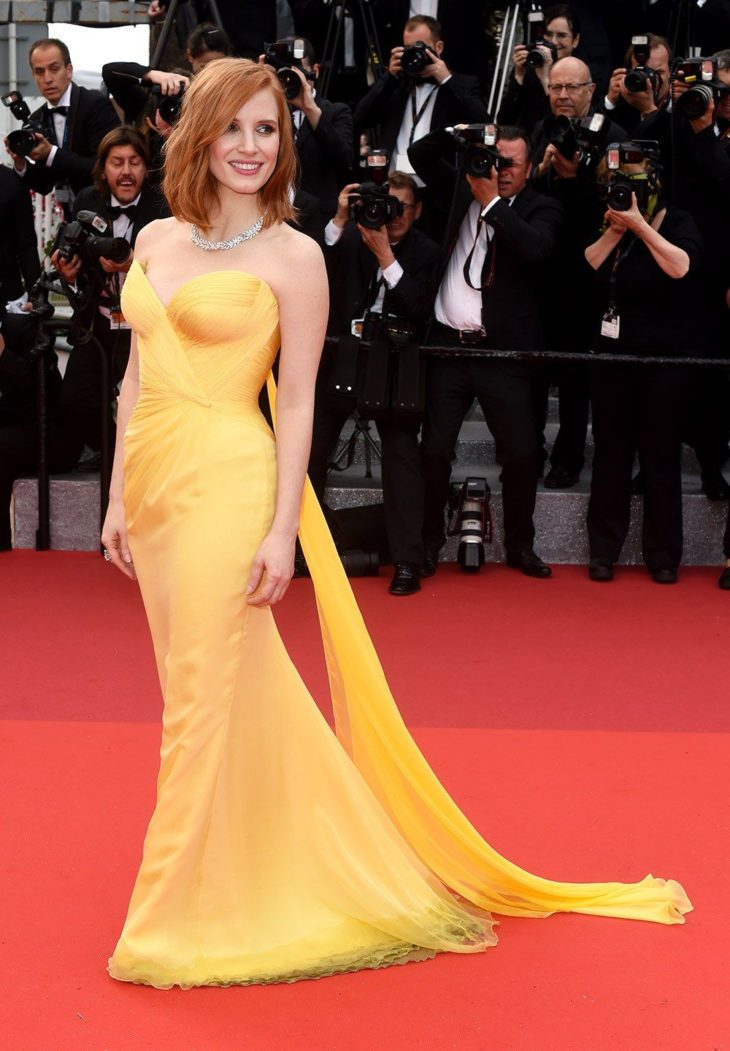 She is one of the few redhead women who have the courage to wear a yellow dress, but she stunned in this Armani Prive gown. 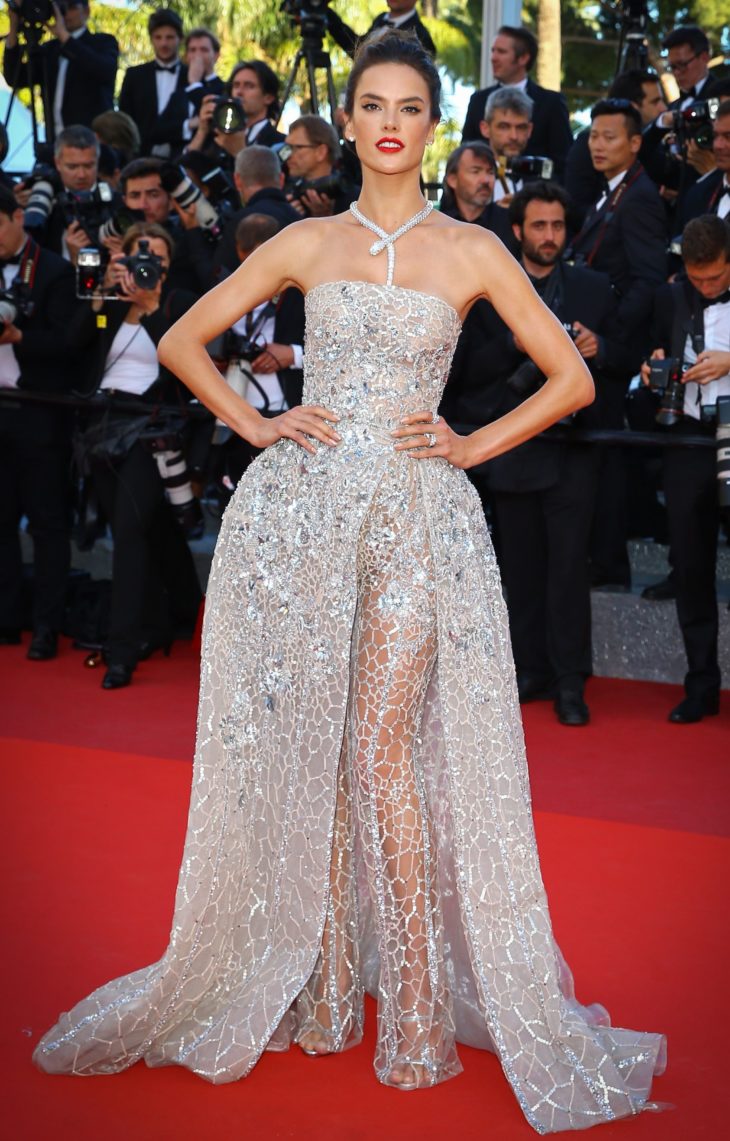 Alessandra Ambrosio opted for a sparkling Zuhair Murad dress. Everyone loves Murad’s dresses but this one was special because it had a shimmering lace trouser section beneath. Lupita Nyong’o paired her green flowing dress with Chopard jewellery. Should we mention that the gown had a jaw-dropping plunge? 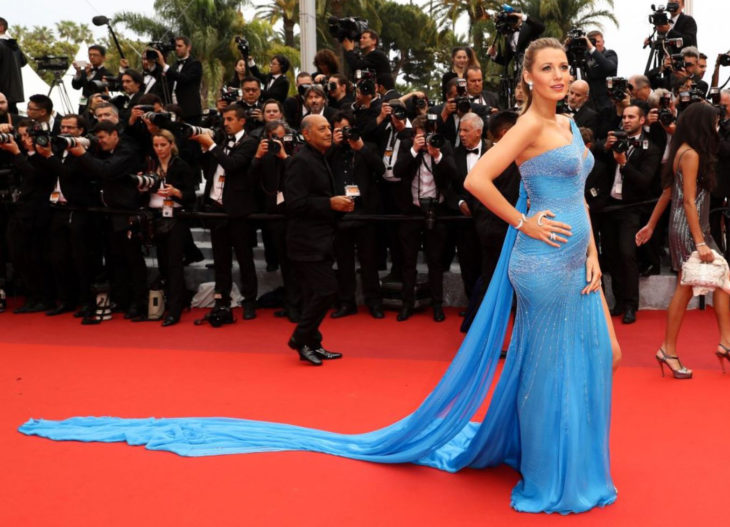 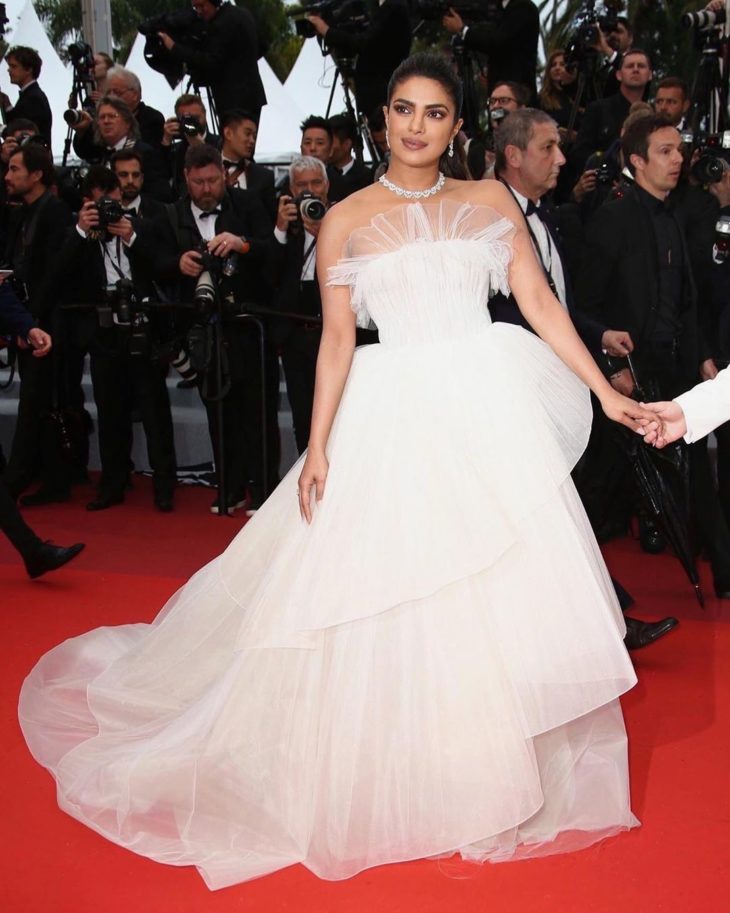 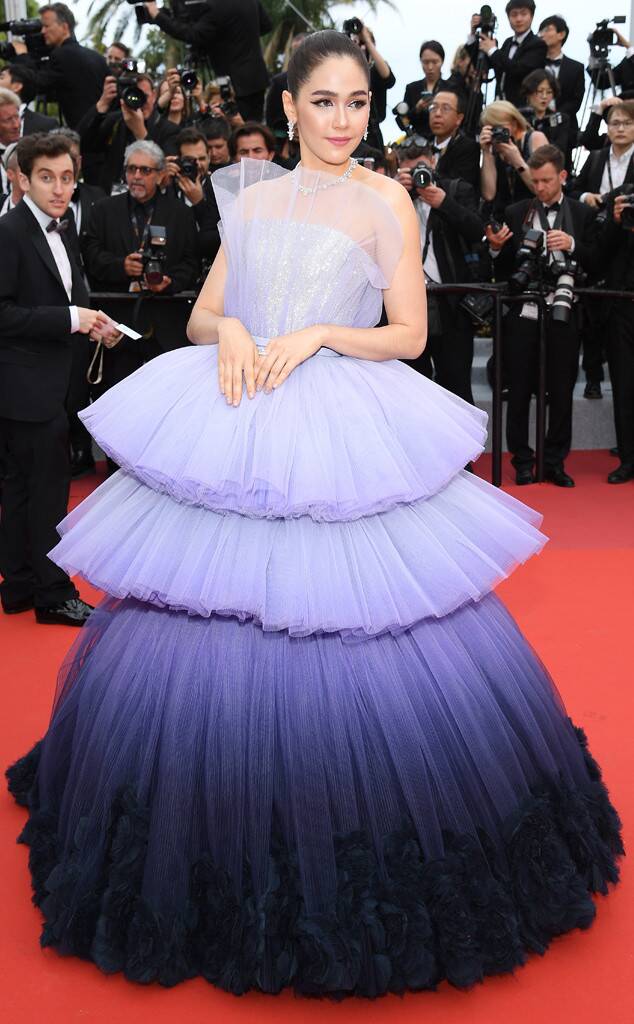 Nesting: How Do I Decorate A (Very) Small Bedroom?