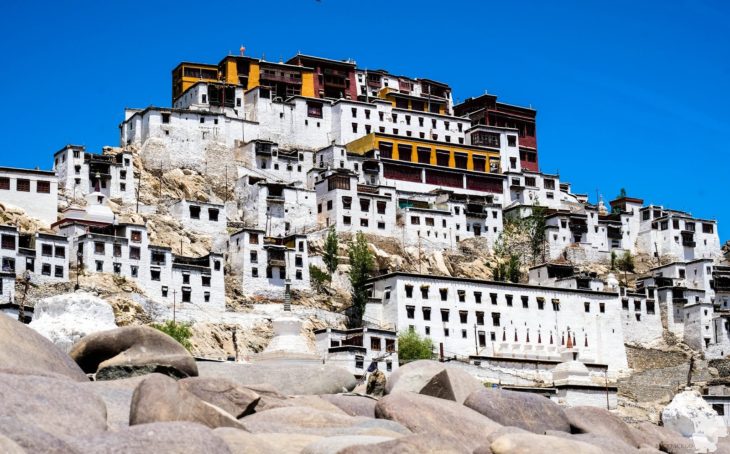 Leh, the capital of Ladakh, was open to tourists in 1974. With 20,000 inhabitants, the town has everything tourists need: hotels, restaurants, shops… 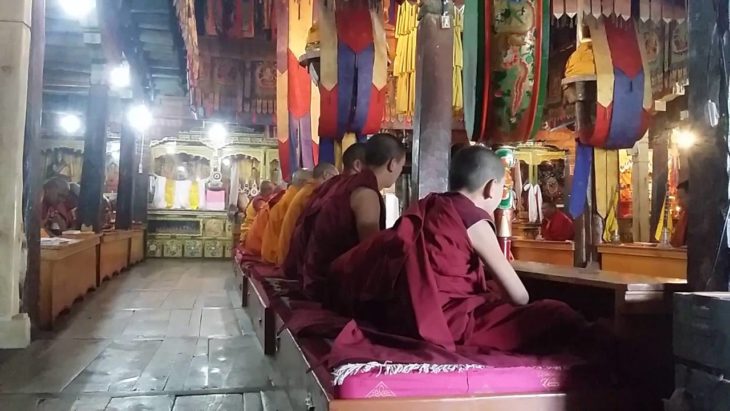 Just 20 kilometers from Leh, Thiksey monastery is one of the main monasteries in the valley. It is sometimes called the “little Potala” as its appearance reminds of the Potala Palace in Tibet. The monastery is built on a rocky outcrop and 70 monks live here. At the entrance, there are the prayer wheels, cylindrical wheels on a spindle containing mantras which are rotated clockwise.
At 6:00 a.m., two monks on the roof blow a long Tibetan copper trumpet (known as Dungchen) for the morning call to prayer.

The view from the roof is truly amazing: Stakna, Matho, and Pituk monasteries are just a few kilometers along the Indus river and the snow-capped mountains of the Stok range can be seen in the distance.
The head lama (Rinpoche) at Thiksey monastery, Nawang Chamba Stanzin, leads the ceremony every morning, as it has been done every day for the past 600 years. All the monks gather in the Du-Khang (main prayer hall) richly decorated with paintings and thangkas (Tibetan Buddhist scroll paintings).

“Foreigners and tourists can attend the ceremony” explain Stanzin Dorjey, a taxi driver with Leh-Ladakh Taxi Booking who often takes his clients here during cultural tours in Ladakh. “The only requirement is to remain silent so as to avoid disturbing the monks. It’s always a very special moment for tourists, something that they will not forget”. 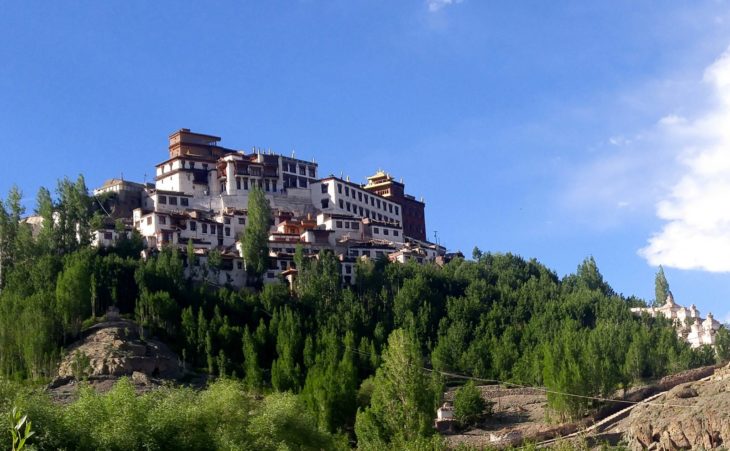 Nelly Rieuf is a French restaurateur who has embarked on a phenomenal project: the Matho Museum Project. There is a collection of around 2000 objects, dating back to the 8th century, including tangka paintings, masks, statues, etc. Nelly Rieuf created a school in order to teach local people the best restoration techniques. 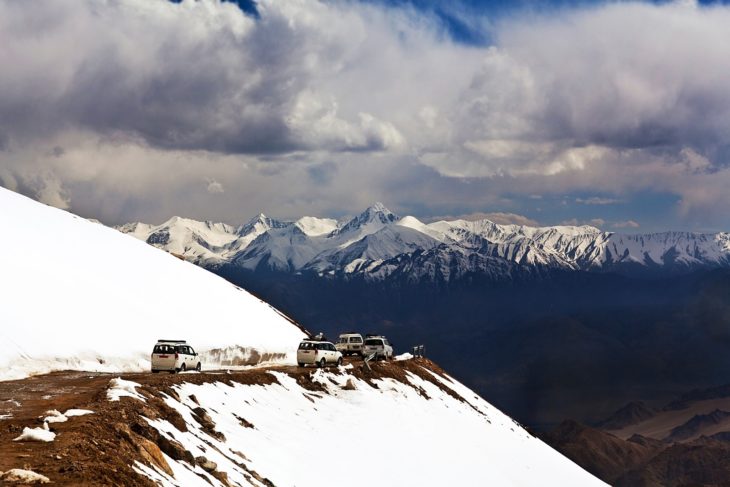 The road over the Khardung La pass (5602m) leads to the Nubra valley. The road is curvy and steep and a good car is needed for this trip. All around, impressive barren mountains where a few yaks can be seen. There is a high military presence in this area because the border with Pakistan is not far. There are a few checkpoints where we passports and permits are verified. From the pass, the view is breathtaking with the best view on the Siachen peak. 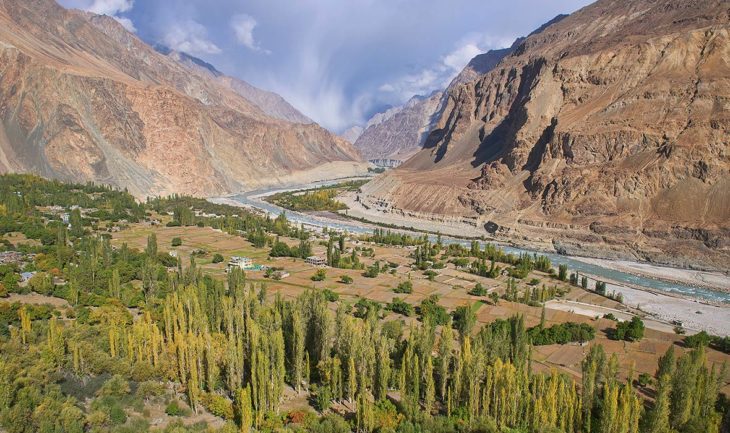 If you want to experience some extraordinary sights, then the visit of the Nubra Valley must be a part of your Ladakh itinerary. Hundar, Diskit, and Sumur are the three main villages of the valley. A few kilometers from Diskit, you will find Hundar which is very famous for its sand dunes surrounded by tall mountains. Believe it or not, you will even find camels here! Note that you also need an Inner Line Permit to travel to this part of Ladakh. 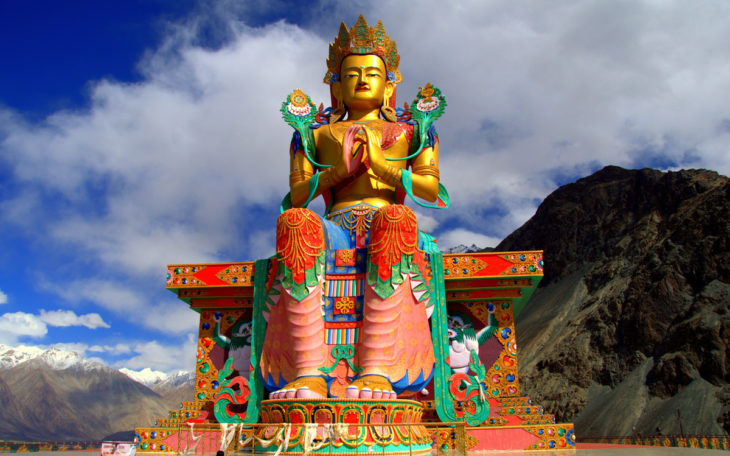 Diskit is home to the largest and oldest monastery of the Nubra valley where a large community of monks resides. Founded in 1433, this monastery has remained in its original state and still exhales through its stones and prayer rooms, a religious atmosphere, especially in the duking room, which has remained intact. The Diskit Gompa is located at the top of a hill above the village. From the monastery, there is a wonderful view of the valley. Here as in Thiksey, there has been the ritual of two daily prayers, one at 4 a.m. and the other one at 7 p.m. for the past 600 years. 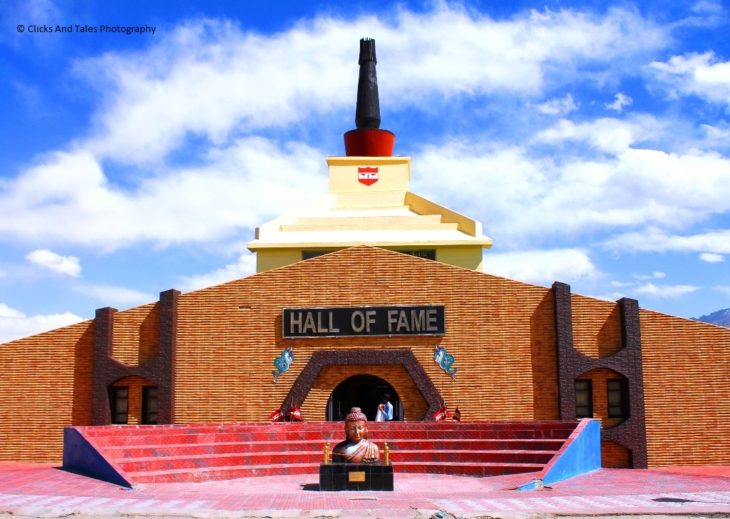 This interesting museum is situated just outside Leh; it is considered as one of the best attractions in Ladakh by TripAdvisor. There is a lot to learn about the history of Ladakh and India and about the wars that were fought between Pakistan and India. The soldiers who gave their lives in this to serve their motherland are all stamped on the walls of this building and the history is also mentioned in detail. 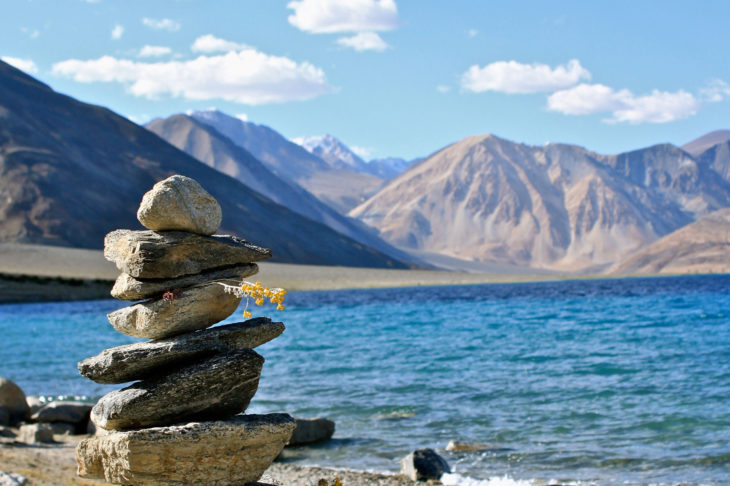 Nestled in the Himalayas, situated on the Changtang plateau, Pangong Lake and Tsomoriri Lake are two heavenly lakes that have been used for various movie shooting sequences. During all the seasons of the year, these places are visited by thousands of tourists. A few tourist camps can be found near the lakes and spending the night there is an experience that one will never forget. The lakes are located at the border with China and tourists need to apply for a special permit called Inner Line Permit before going there. The process for getting the permit is quite easy and travel agencies in Leh can help to apply for it. 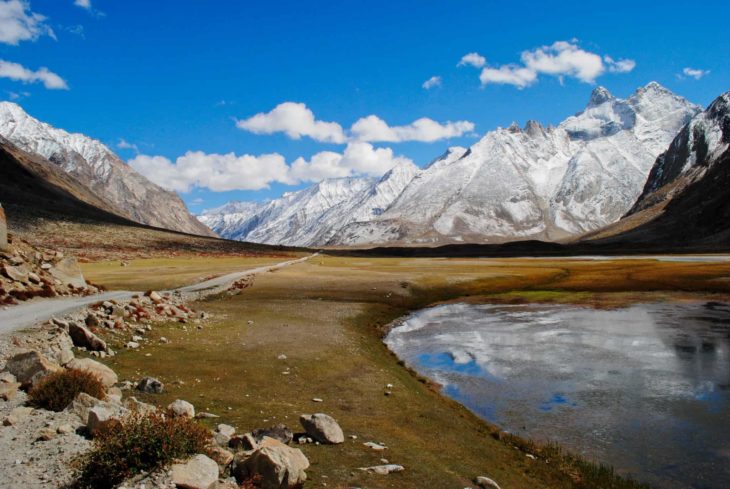 The Zanskar valley is part of the Kargil district. The capital of Zanskar is Padum and it takes 2 or 3 days by car to travel from Leh to Padum. The road to the Zanskar valley is closed in winter because of the snow so you should plan to visit this place only between June and October. If you intend to travel in the Zanskar valley, you must include the visit of the Karsha monastery and it is highly recommended to do a trek to the impressive Phugtal Gompa which was built in the cave. Other places of interest include the Zangla nunnery and Stongde Gompa.

Buddhist Monasteries of the Indus Valley 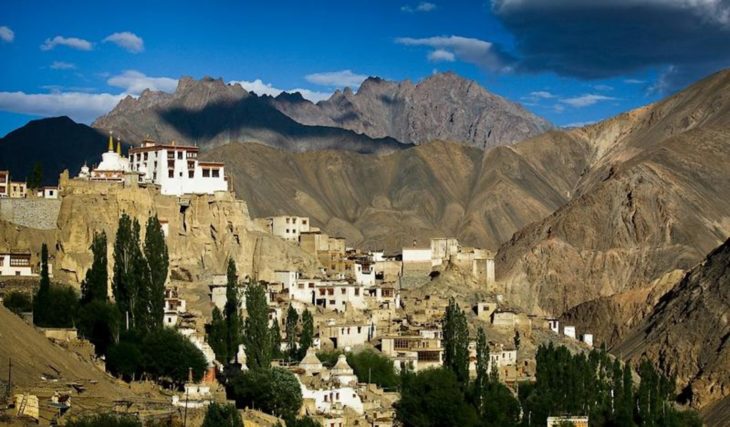 Among the various monasteries located in Ladakh, the most popular ones can be found in the Indus valley. The monasteries which should not be missed include Alchi, Lamayuru, and Likir. When visiting these monasteries, you will get to know about their history and much more. All these monasteries have numerous beautiful shrines with rich wall paintings collection that can grab the attention of every visitor.

7 Mistakes To Avoid When Setting up a...

Should You Rent or Drive Your Own Car...