Badminton is one of the most popular sports in the world. Furthermore, it’s a sport that many like to play casually as they just hit the shuttlecock back and forth, trying to keep it in the air for as long as possible. If that’s the only kind of badminton known to you, you should probably check out a professional game. It’s the complete opposite of a slow-paced game people play at family gatherings!

Now, you might wonder, how is it even possible that a feathery half-ball with a funny name can make for an entertaining fast-paced game? Well, shuttlecocks’ looks could be really deceiving. They may not look like much but those puppies are remarkably interesting and we wanted to prove that to you. Here we have some interesting facts about the badminton shuttlecocks that we thought you might be interested in.

1. It Used To Be The Name Of The Game 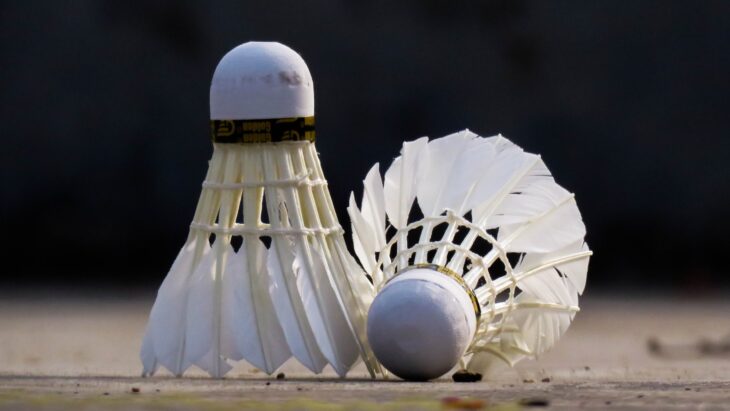 The shuttlecock isn’t only the name of the instrument you’re playing badminton with. Back in the early days, the game was actually called the shuttlecock, amongst many other names. It was only later that the term badminton was used to describe the sport played with the rackets and the iconic shuttlecock.

When it comes to sports equipment, there aren’t many pieces, across all sports that are as lightweight as our feathery, little friend. On average, a shuttlecock weighs about five grams, which makes it one of the most lightweight pieces of equipment in all sports. 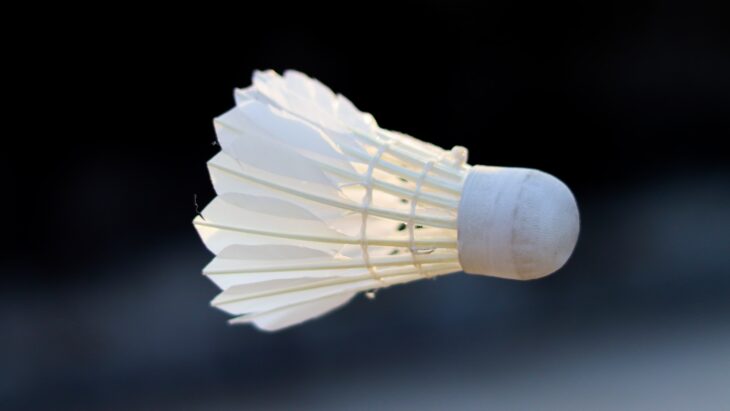 No, we’re not talking about the song that was made famous by Peter Griffin, a fictional character… A bird or a birdie is another term for the shuttlecock. It’s not used as often as the original, but it is more of an affectionate term, as the thing itself kind of resembles a bird and was originally made from geese feathers.

4. The Biggest Shuttlecock You’ve Ever Seen

Would you believe us if we told you that the world’s largest shuttlecock is 18 feet tall? Well, you should. This five-and-a-half-meter giant was made by Claes Oldenburg and Coosje Van Bruggen in 1992 as a commission for the Nelson-Atkins Museum of Art in Kansas City, USA, where it still stands to this day. It’s an aluminum and fiberglass sculpture and it weighs almost 3000 kilograms. 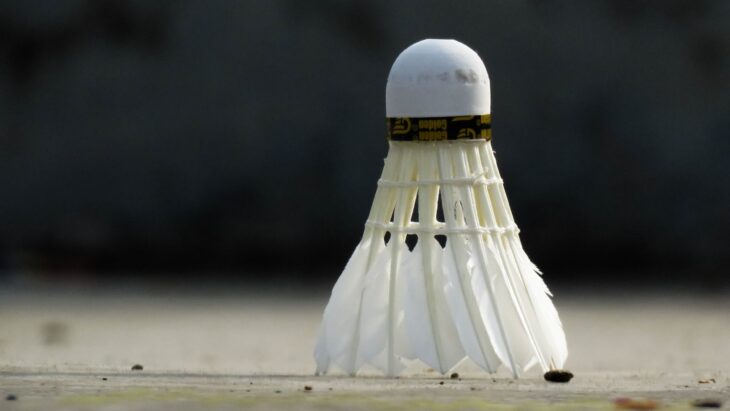 The feather part of the shuttlecock body is called a skirt.

If you google shuttlecocks, you’ll find that their definition, according to Wikipedia, is a “high-drag projectile”, which seems like a bit of a stretch, right? Well, not really, no. This so-called projectile is actually the fastest moving object in all sports.

You may have seen some speedballs thrown very fast, some tennis serves to reach over 200 km/h, and so on. However, none of those come even close to this little birdie.

Back in 2013, some guys wanted to test just how fast can a shuttlecock fly, so they called up a professional Malaysian player Tan Boon Heong who managed to hit the “high-drag projectile” so hard that they’ve recorded it moving at a staggering 493 km/h. That’s almost as fast as the world’s fastest car.

On the other hand, some may say that those results don’t count because they haven’t been measured in-game, but check this out. Back in 2017, Danish player Mads Pieler, Kolding hit a smash in an official Badminton Premier League match and that little birdie was traveling at 426 kilometers per hour. Not as fast as 493, but we’d still call that pretty impressive. Now, if that was mavis 350 that he was hitting we assume it could’ve been even faster, but hey, it’s still pretty good.

7. Before Them There Was Wool… 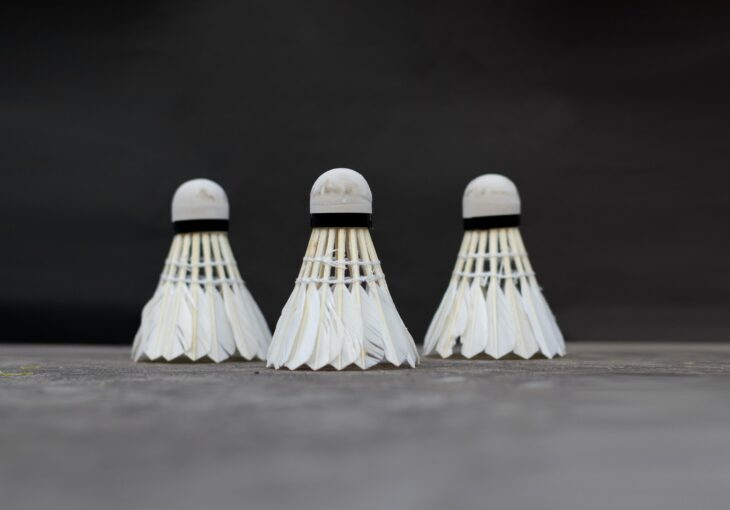 If you take a look at the shuttlecocks at khelsales.com it’s easy to notice that none of them are made from wool, but back in the very early days of the game, they were. To be fair, that’s not entirely true, shuttlecocks were never made from wool but their predecessors were. Initially, in some parts of the world, the game was played with a wool ball named badminton, whence the name of the game came from.

8. Back In The Day The Feathers Were Real 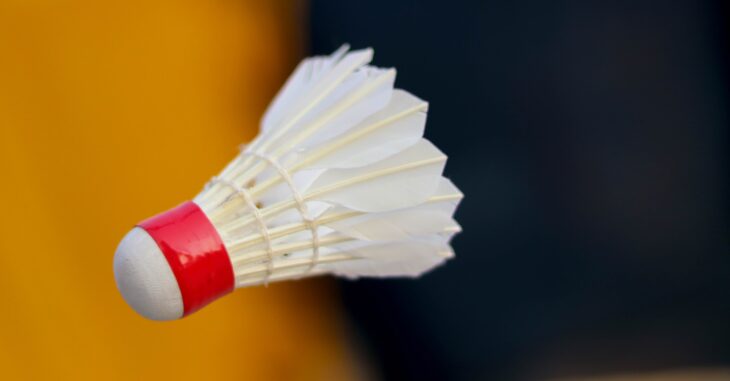 On the other hand, or rather a wing, if you were to use the feathers from the right-wing – the shuttlecock would spin in the opposite direction when. Supposedly, this would greatly affect the game.

Even a bigger no-no than a right-wing feather is using feathers from both wings. In that case, the birdie would act erratic and it would be impossible for a player to predict the projectile’s movements.

10. You Can Make Them Faster

To make a shuttlecock fly faster, all you had to do is tip the feathers inwards and make sure you’re not playing in the cold environment. It’s been shown that temperature can somewhat affect the speed and the tipping of the feathers simple changes the aerodynamics of a projectile and that’s what makes it move faster.

11. They Take A Lot Of Beating 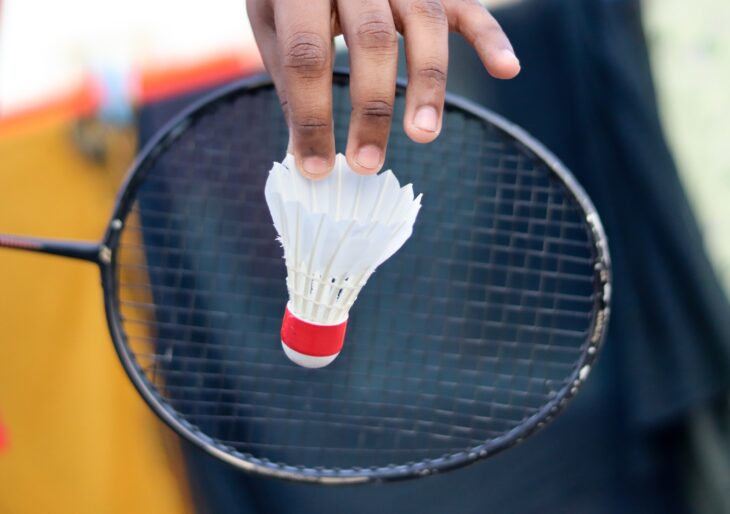 On average, a shuttlecock is hit more than 400 times per match and in most matches, you’d see players go through almost a dozen of them.

12. The Number Of Feathers Never Changed

Prior to synthetic ones, the skirts were always made from exactly 16 geese feathers.

There you have it! Those were some interesting facts about shuttlecocks. Perhaps you’ve known some of them, but we’re hoping you’ve learned a couple of new ones. We’ll leave you with this question. How fast do you think you could hit a shuttlecock?

How Can CBD Help to Improve Your Life?