If you love cats, and also want a cat that is active and energetic, the choice of a Bengal cat is probably the best ideal choice for you. Above all, this is a type of cat that doesn’t require a great deal of care and grooming.

Bengals by outward appearance are smallish, physically gifted with round gorgeous heads, huge eyes, and striking facial markings. These kittens are amazing pets to have around relative households with many kids around. Bengals are stoutly built cats with strong muscular bodies and elegant appearances like their Asian Leopard parents with long hind legs which are typically longer than their front legs, this aided them with seamlessly powerful but graceful strides and drives. These purebred kittens are must-haves for every furry home.

We have rounded up some important facts about this furred breed and its unique nature that might excite you. 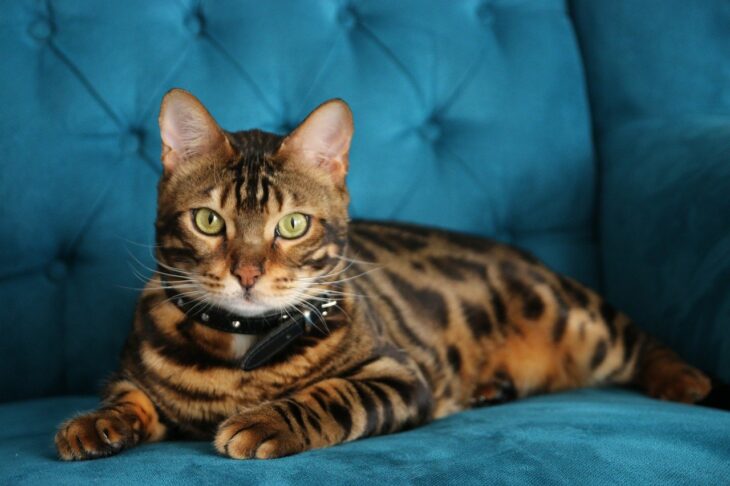 Bengals’ coats are naturally stunning and unique compared to others. These particular ingenuities are what uniquely distinguished them from other felines. Bengals are kittens in a world of their own.

It is acceptable, you won’t be reprimanded for being stunned like you just saw a Tiger or leopard if possibly you see these lovable cats joggling across your neighborhood or window, this is particularly because they tend to come in stripes of beautifully marbled or spotted coats that seem a lot like that of an ocelot or wild leopard. These spectacular coats are what set them far miles ahead of others in terms of rankings amongst their feline family.

Like Savannahs and other hybrid species of her kind, Bengals are highly classified and categorized by how many generations they are bred from (their wild pet parents). The Asian Leopards, which are considered the origins of Bengal cats have their kitten called an F1, and every generation to follow then gets to have numerical numbers designated to them, such as F2, F3, F4, and so on. For a Bengal to be considered a descendant and a real domestic cat mean he/she must be at least closer to an F4. This alone tells about the legend of the cat herself and the stories that form his unmatchable personality.

Bengal kittens aren’t just your regular pets, they are unrivaled characters forged from the pages of time. 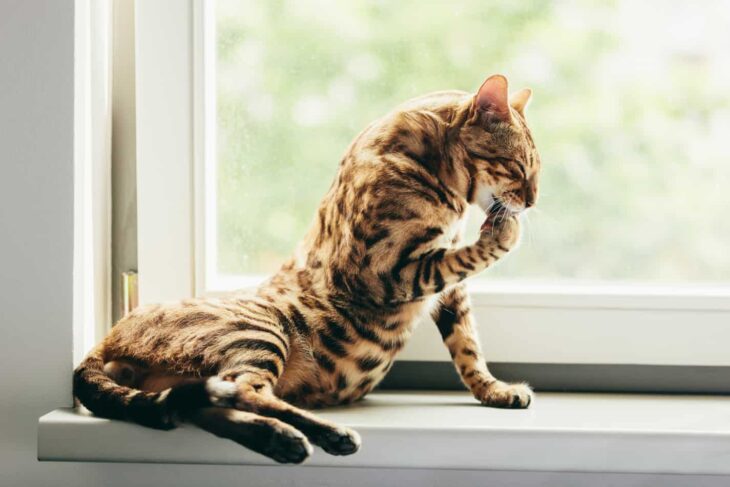 3. Restricted in some countries

Before you purchase any Bengal cat up for sale, do make sure to check up with local authorities and well-reputable breeders around as restrictions have been placed on Bengals in some particular areas or countries across the globe, especially those that fall within the F1, F2, and F3 generation. Places like New York and Hawaii place high restrictions on F1-F3 generational pets like Bengals. Be informed enough to make inquiries on which generation of these pets you are taking home. Also, here is the popular website WilmerCattery where you can purchase Bengal cats up for sale.

4. They are not aggressive

Bengal cats will play aggressively if they are not socially well-trained, abused, or left alone by their pet parents. While you might think these cats might be mean because of their wild origins, this is often due to the high level of energy embedded in them rather than their cross-breeding. Apart from being vocal about their needs, demanding, and attention seekers, these cats are above all friendly. Any behavioral issues discovered in them are the result of the same triggers found in any other cat. 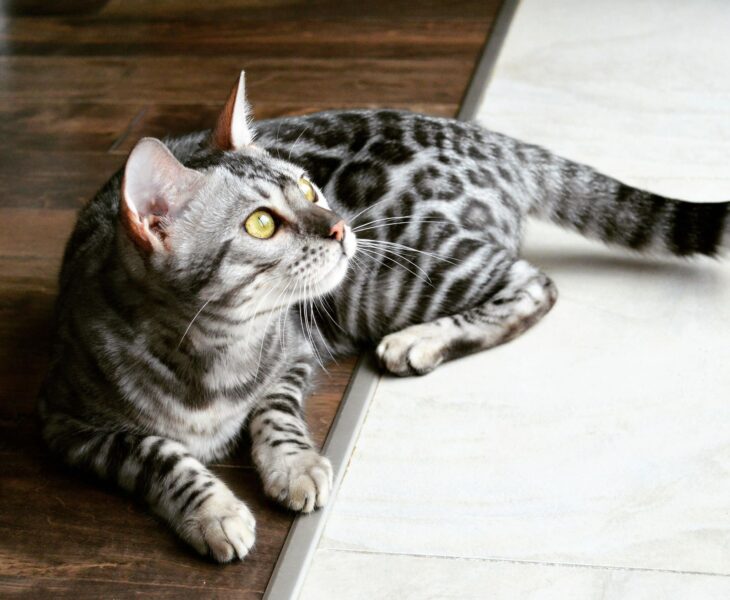 5. They are not your regular fussy pets

Bengals, though not as large as the giant Maine Coon, have a muscular, athletic build. Bengal cats can weigh anywhere from 8 to 15 pounds. Their coat is speckled with spots, rosettes, and marbling, which give them the appearance of an exotic jungle cat. These cats are the only domestic cat breed that has rosette markings on them across the world. Don’t believe anything that says otherwise, you won’t find any of such anywhere.

Bengal cats can adapt to almost any environment, including homes with small children, apartments, or even the outdoors as long as they have a place to get out of the elements when they are sleeping or eating. So you don’t need to get yourself worked up about the kind of home they are walking into.

7. They are larger than most domestic cats

Bengals can weigh up to 25 pounds when fully grown, making them much bigger than your average house cat. They’re also long and lean with long legs and large paws, which give them an athletic appearance that makes them seem even larger than they are. 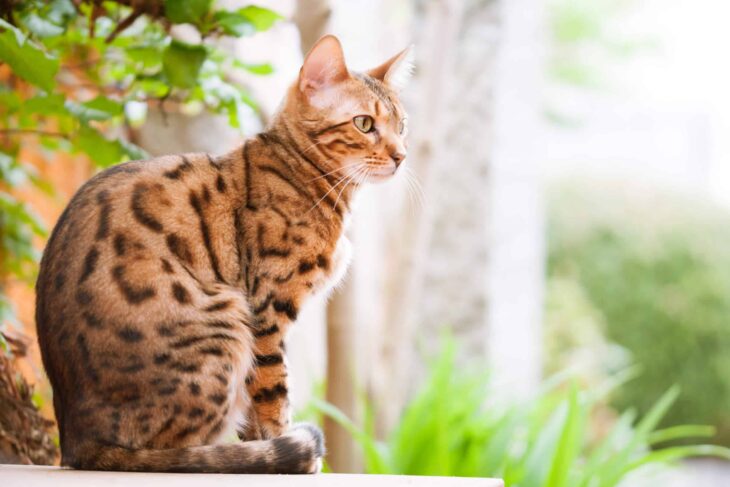 8. Their reputation precedes them

Bengal cats are one of the most popular kittens in the United States, according to the American Kennel Club. There are more than 100,000 Bengal kittens born each year, and this can be said as well across the globe.

They are one of the most sought-after breeds in America right now (especially the F4 generation). They’ve become so popular that there aren’t enough kittens available for everyone who wants one — so if you want a Bengal kitten, expect to wait at least 6 months after you apply for one.

9. Bengals have a wild side

They enjoy climbing trees, playing with water, and jumping from high places like tabletops onto beds or couches below them — just like their wild ancestors.

10. Their discovery is funny and strange

The first Bengal cat was discovered by a young American couple in the 1960s. They were on holiday in Calcutta and saw a beautiful wild cat with a spotted coat and white belly that looked like a leopard. They bought it and bred it with their other cats back home. 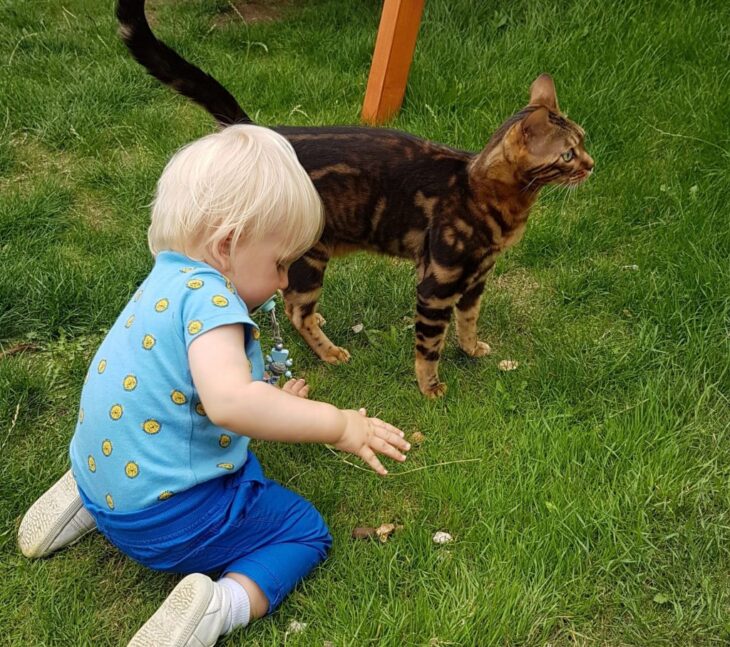 11. There are only two of them anywhere

12. They can only be found in three different colors

13. They will require enough spaces

If you ever think of getting a Bengal as your home buddy, do consider creating enough space for their territorial play of climbing and fetch games. These are one of the things an honest breeder will tell you. Bengals love climbing and hopping around. 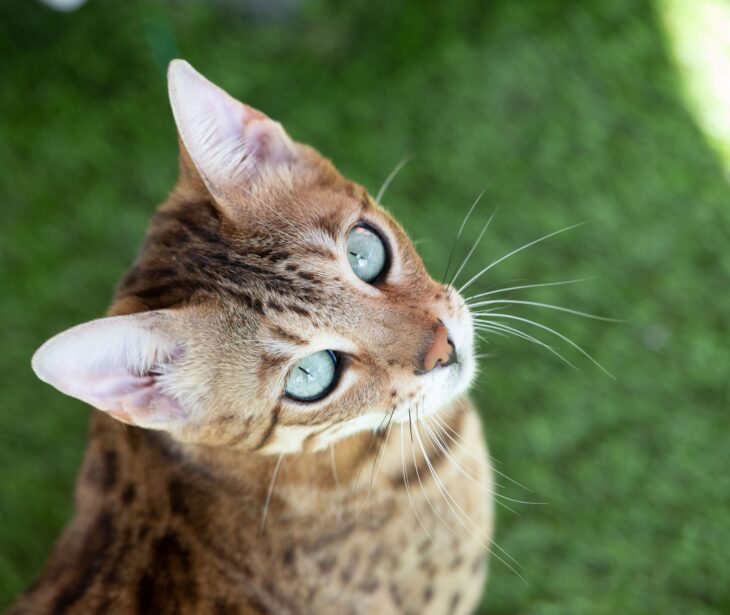 14. They loathe being left alone

Finally, if you are the busy type, consider getting another kitten around while you are away for work or travel as Bengal cats love being around people and at the center of attention, and they oftentimes don’t love being left alone. A vocal reaction from these wonderful cats might be scattering things within the house, which is somewhat common in many other pets.

How Long Does Brow Lift Take To Heal?