This piece has provoked a lot of conversations, there are a lot of mysteries about it, and it combines history, religion, tradition, and of course, art. If you are interested in knowing more about DaVinci and this painting, you have come to the right place. Here, we are going to list some interesting facts about the Last Supper painting that will surprise you.

1. He used a unique technique 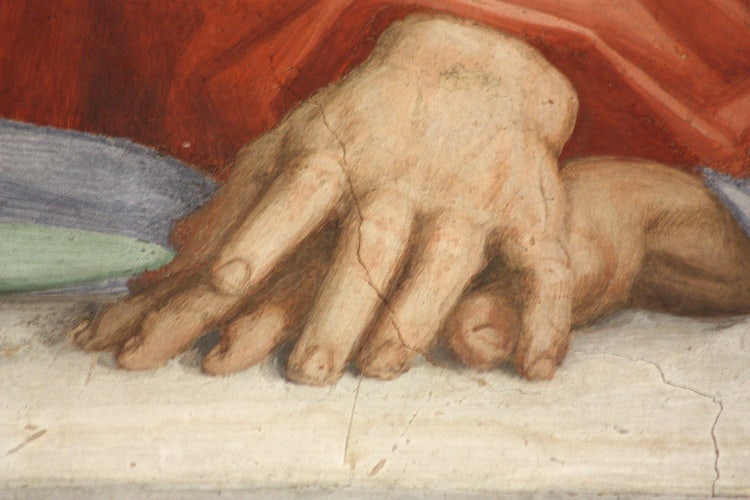 When we learn more about a piece of art, we want to know more about the technique used. We are taught that there are several techniques that were used by painters in their lifetime and we expect all of the pieces that they have created to be made using the same technique. One interesting thing about this piece is that Da Vinci did not use the fresco technique.

Many believed that this is what Leonardo went with, however, that is completely untrue. He used his own technique where he was able to make changes and insert an amazing amount of detail.

The Last Supper is not a fresco and this caused the peace to break loose after about 20 years after he created it. You should definitely explore this style and learn more about it if you ever get a chance to talk to a professional. You can find out more about this technique as well as the Last Supper painting if you take the Last Supper Tour in Milan, Italy.

2. It is not located in a museum The reason why this piece of art is not located in a museum is because of its delicate nature. Experts suggest that because of the technique of painting that DaVinci used, the piece is extremely fragile and any relocation could possibly mean that the painting would be ruined. You can find replicas in different museums all around the world, but if you want to see the original, the Dominican convent is the only place where you can see it.

3. Da Vinci used a special method to capture the symmetry Another extremely interesting fact is that when you see this painting, there is only one focal point, Jesus. The perspective of the piece is created so that your eyes will always end up looking at Jesus, and the way that DaVinci managed to create this is with a hammer and nail. Experts suggest that the painter used a nail and then strung threads in different directions to be able to capture the perspective and the symmetry that he was looking for.

It is assumed that Leonardo also used this to add a layer of symbolism and combine religion with art. One thing is for sure, he managed to get everyone who looks at this piece of artwork to focus on Jesus only, and when you first look at the painting, your eyes will be hyper-focused on him only.

4. The piece barely survived throughout the years 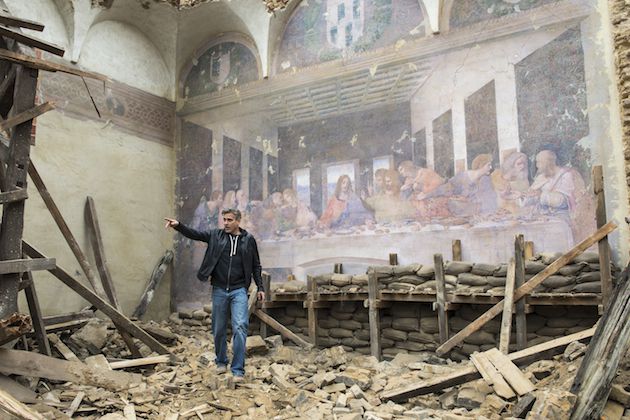 The Last Supper painting is said to have almost been destroyed more than a few times. As we previously mentioned, the technique that the painter used turned out to be extremely fragile only two decades after finishing the artwork.

He had to repaint this piece many times, and after his death, the Last Supper was corrected on many occasions. It is suggested that you cannot see any of the original brush strokes just because of the fragile nature of the technique used.

5. There is a lot of controversy around the Last Supper 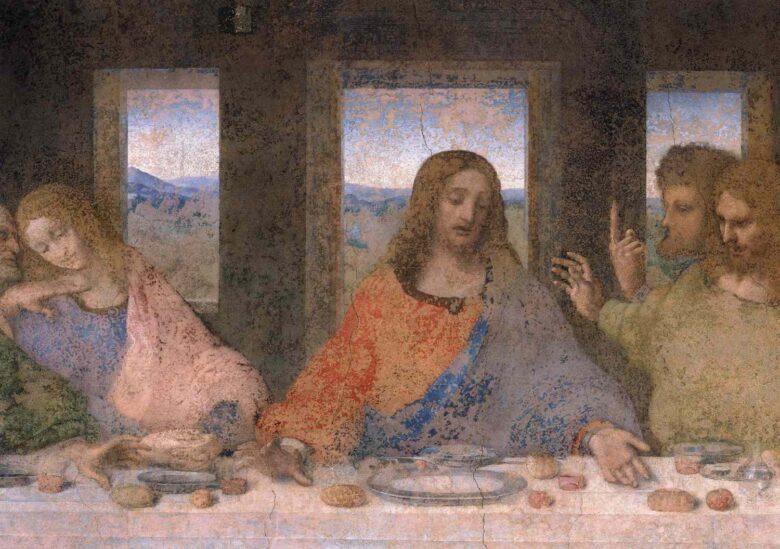 When we think about the Last Supper, we all know about the controversies, the mysteries, and the assumptions that people make. Many believe that the painter wanted to convey a specific message to the public with it. Some believe that he was showing off and strengthening his faith, while others believe that DaVinci was, in a way, mocking religion with the Last Supper.

One of the most interesting conversation points is if Mary Magdalene is actually a part of the piece or not. The person that is painted left of Jesus, is believed to be Saint John. However, some believe that since this person has a lot of feminine features, the painter actually wanted to portray Mary Magdalene and not Saint John.

Experts say that the youthful features that are portrayed are a symbol of the Renaissance, so the person left of Jesus is actually Saint John and Mary Magdalene is not at all included in the painting.

You should know that there are three early copies of this piece of art that are presumed to have been painted by Leonardo da Vinci’s assistants. Throughout the years, many replicas have been created, and some are parts of big museums, while others are part of private collections.

This art piece is one of the most important ones in the world, so if you are able, you should definitely explore the tour that will allow you to see the painting in person, and you should expect to see a piece that is much larger than one could assume. No matter if you’re interested in the painter, the piece, or maybe just the controversies surrounding it, you should witness it in person.

PCNOK: What is It, Its Mission, Members & Details