Michelle and Barack Obama have made the world fall in love with them even before Barack Obama became the President of US. Their ups and downs, and everyday struggles made us feel closer to them, as they seem just like your everyday family. The couple has two daughters together, Sasha and Malia.

Many are wondering what is the secret behind their perfect marriage. Take a look at everything you didn’t know about this couple’s marriage, and maybe the answer to their secret lies somewhere in there. 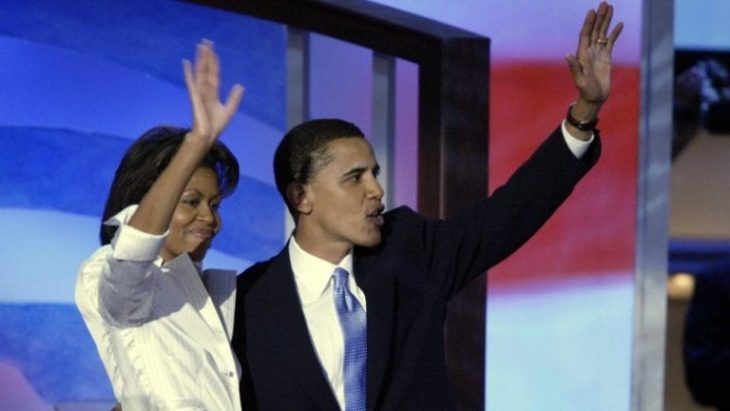 Michelle was 25 years old when she first saw Barack, who was 27 at the time. Michelle was Barack’s mentor at Chicago’s Sidley & Austin, a corporate law firm. “He sounded too good to be true,” Michelle told David Mendell, author of Obama: From Promise to Power. She didn’t want to date him at first, because he seemed like a “good-looking, smooth-talking guy.” The reason why she didn’t want to get involved with him was that she was his mentor, and she thought it would be “tacky” for them to date as they were “the only two black people.” Barack shared with Oprah that he was “struck by how tall and beautiful [Michelle] was,” stating that working with her was “the luckiest break of my life.” Barack was insisting to go on a date with her, and at the end, Michelle decided to go for it, when he said he would quit his job for her. Luckily, they went on their first date, and he didn’t have to leave his position.

Help for the African American community 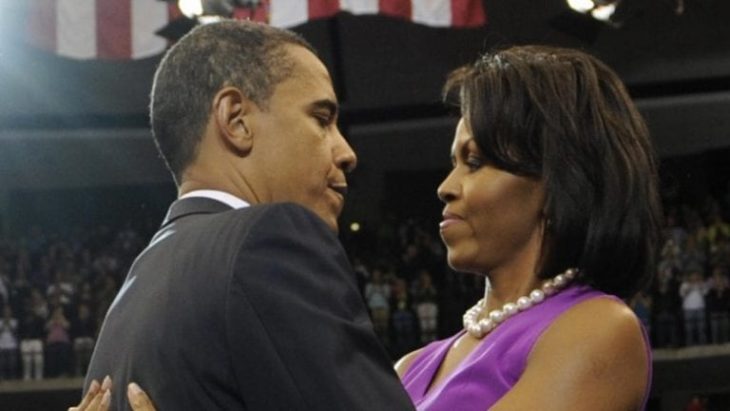 Michelle thought that their relationship wouldn’t work out, because she deemed life with him as unstable. She shared with Hyde Park Herald that Barack “was really broke.” He had a “cruddy” wardrobe and a rusted out car. “I thought, ‘This brother is not interested in ever making a dime.'” However, when they went on their date at a Chicago church, Barack went to see the people he had worked with as a community organizer. That is when Michelle witnessed the passion inside him for aiding poor African-Americans. “He talked about the world as it is, and the world as it should be,” she shared in a speech at the National Democratic Convention in 2008. “And he said that, all too often, we accept the distance between the two, and we settle for the world as it is, even when it doesn’t reflect our values and aspirations.”

Barack thought of marriage as a “meaningless institution” 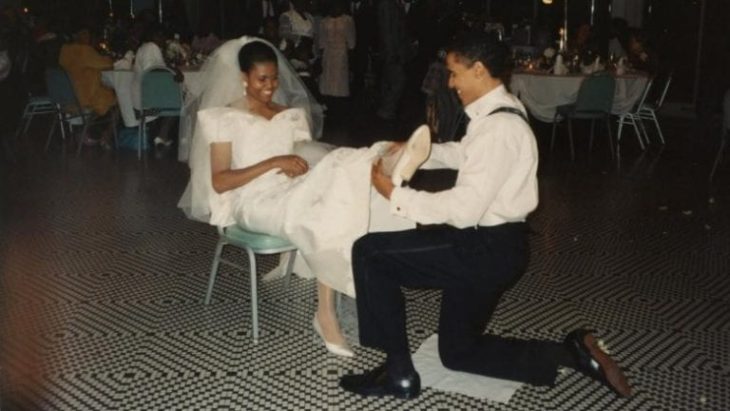 With everything said above, you would think that Michelle would be the one to pursued marriage. When the summer ended in 1989, Michelle continued her work in Chicago while Barack went back to Harvard to finish law school. He was crazy in love with Michelle, but he didn’t want to get married because he believed that marriage was a “meaningless institution.” That didn’t stop Michelle to put some pressure on him, because she wanted what her parents had – a long-lasting marriage. In 1991 Barack finally proposed with the words “That kind of shuts you up, doesn’t it?” They got married in 1992. 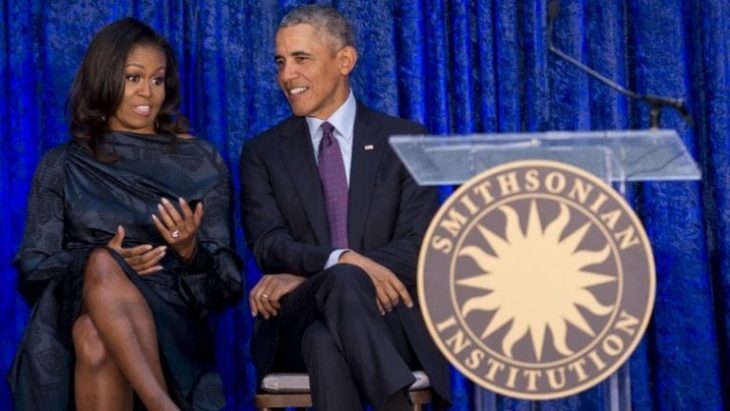 Michelle shared with Good Morning America in 2018 that she had a miscarriage twenty years prior to the interview.  “I felt like I failed because I didn’t know how common miscarriages were because we don’t talk about them,” she said. “We sit in our own pain, thinking that somehow we’re broken.” Michelle went on to fertility treatments. Michelle wrote in her memoir, Becoming, how Barack was “swallow[ed up] by work,” as he was in the state senate at the time. ‘’This left me largely on my own to manipulate my reproductive system into peak efficiency,” Michelle wrote. Despite the treatment being difficult, Barack was still “sweet” and “attentive” trough her struggles. 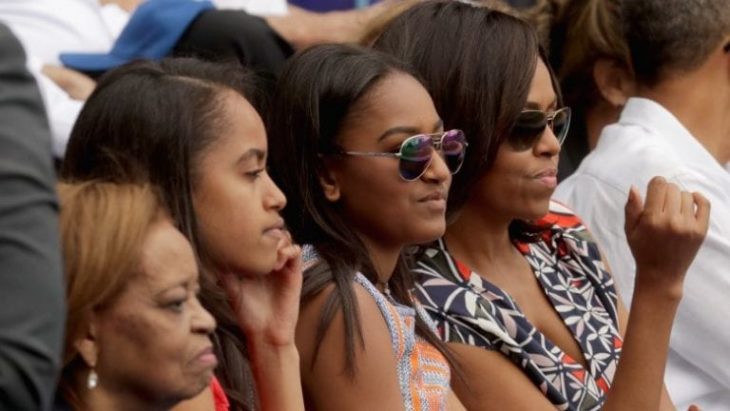 Michelle never thought she was going to be a wife of a politician, and Barack’s political career put a lot of stress on her. Barack started in 1996 with his first ran for State Senate. Michelle wrote in Becoming, “I understood it was nothing but good intentions that would lead him to say, ‘I’m on my way!’ or ‘Almost home!'” she wrote. “And for a while, I believed those words. I’d give the girls their nightly bath but delay bedtime so that they could wait up to give their dad a hug.” “I was mad,” Michelle later shared with Elle. “When you get married and have kids, your whole plan, once again, gets upended. Especially if you get married to somebody who has a career that swallows up everything, which is what politics is.” 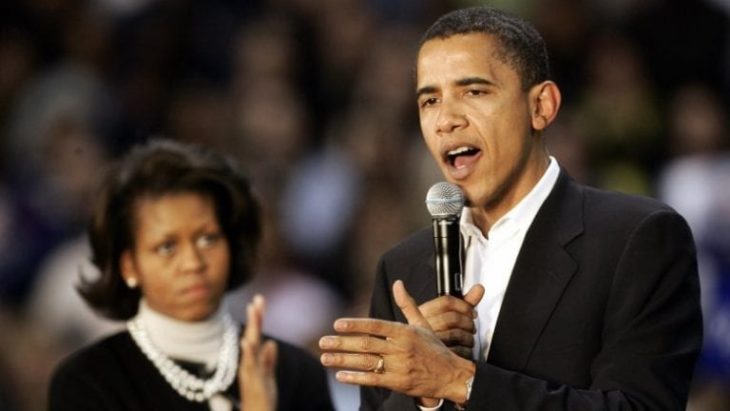 Michelle admitted that she didn’t think that Barack would win the 2008 presidential election, and the real reason behind her support was “because deep down I was like there’s no way he’s going to win.” She thought that there is no chance at him winning his presidential run was because America wouldn’t pick a black president, “let alone a black president named Barack Hussein Obama.” Despite everything, she decided to give her all in her husband’s campaign. “I’ve never done this before. I just need you to tell me what to do,” Michelle said to her husband’s team. Her support and her active role in his campaign were one of the key factors in clinching the election. 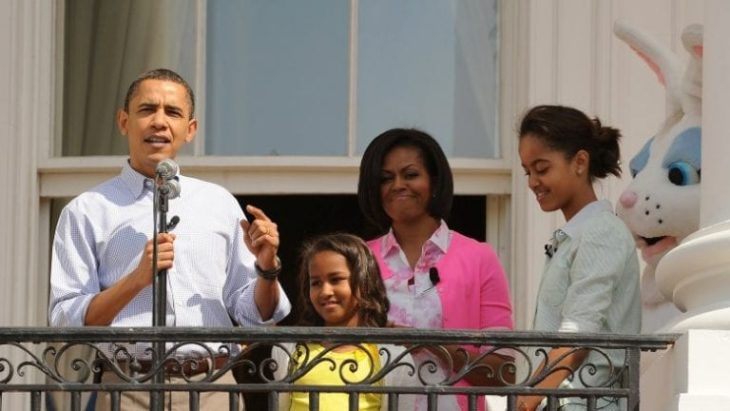 Their marriage isn’t perfect. She shared with Elle in 2018 that “there was work we had to do as a couple,” and that they are going to marriage counseling to solve some of their issues. Michelle confessed how she looked at counseling as a way to help her “make [her] case against [Barack],” but in the end, it became more as a help for her. “[Counseling] was about me exploring my sense of happiness,” she said. “What clicked in me was that I need support and I need some from him. But I needed to figure out how to build my life in a way that works for me.” 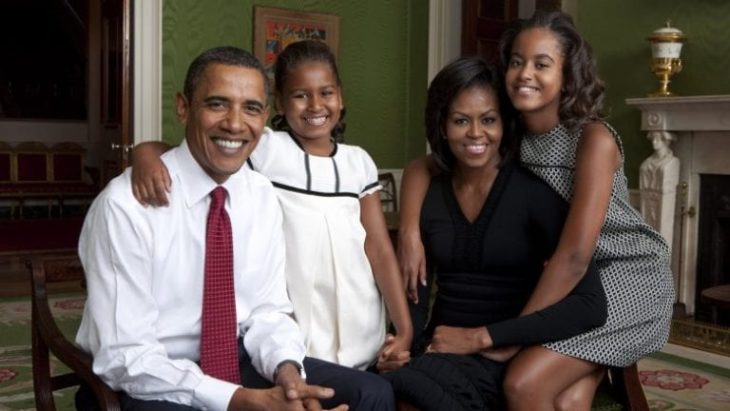 It was hard for Michelle in the early stages of her marriage, but once they moved to White House, things started to change. “That’s the beauty of living above the office: Barack is home every day,” Michelle shared with Oprah not long after the family moved to the White House in 2009. “The four of us sit down to eat as a family. We haven’t had that kind of normalcy for years. And now I can just pop over to his office, which sometimes I’ll do if I know he’s having a particularly frustrating day.” 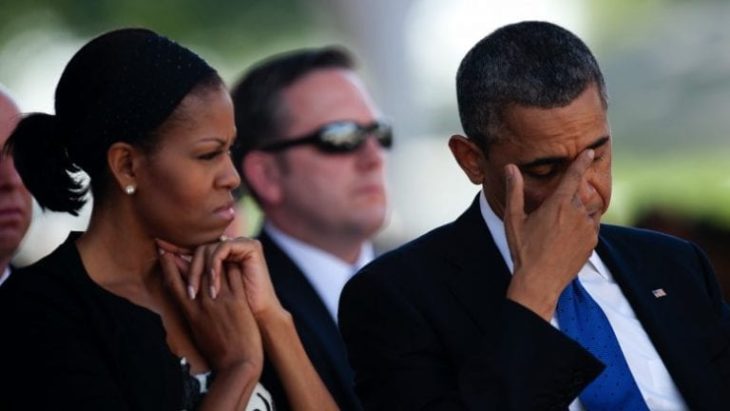 “I am like a lit match,” Michelle told Elle about her arguing style. “It’s like, poof! And he wants to rationalize everything. So he had to learn how to give me, like, a couple minutes — or an hour — before he should even come in the room when he’s made me mad. And he has to understand that he can’t convince me out of my anger. That he can’t logic me into some other feeling.” 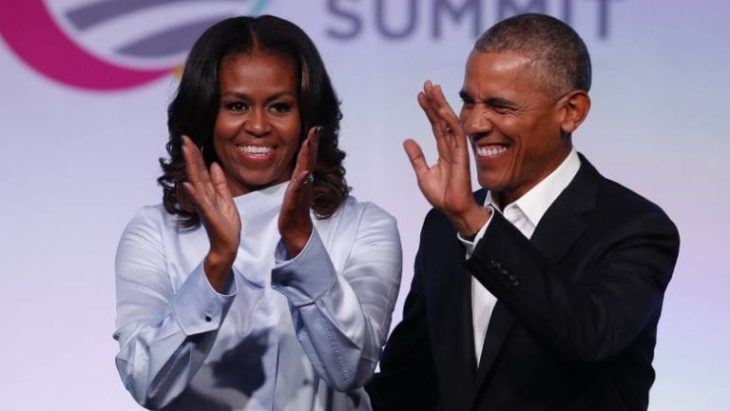 “One of the keys to a successful marriage is separate bathrooms,” she said. “When he [Barack] enters my bathroom sometimes I’m like ‘Why are you in here?’ And he’s like ‘I live here, can’t I enjoy my bathroom too?'” Even Melania Trump shared that the secret to the perfect marriage is having your own bathroom. 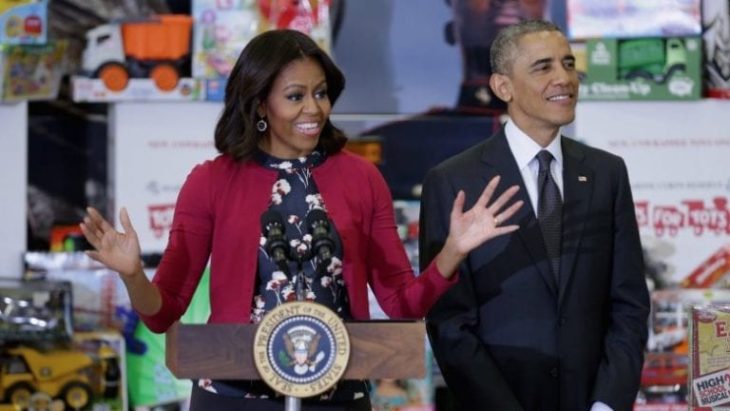 They don’t make a big thing out of Valentine’s Day. The reason for this is that Michelle’s birthday is on January 17th, just when all the Christmas craziness is settling down. “So by Feb. 14, we’re kind of tired,” she said on Live! With Regis and Kelly in 2011. Even though they don’t celebrate it, Michelle stated that Barack is “very romantic.” “He doesn’t forget a thing, even when I think he is… [and] I give him a little attitude, he always comes through.” Michelle added, “Got to keep the romance alive, even in the White House.” 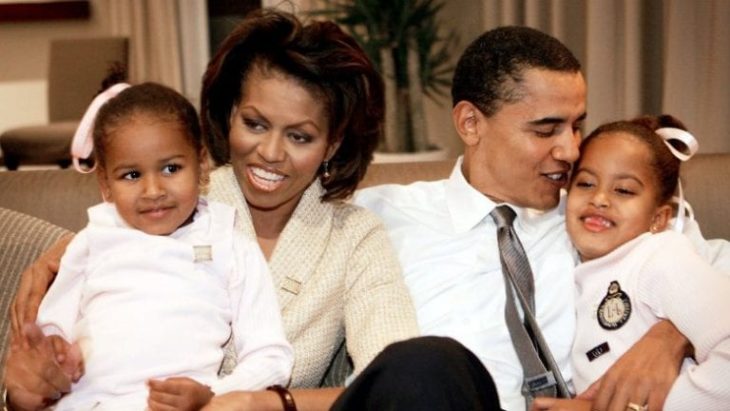 Barack Obama wrote on his Instagram account, regarding his wife’s book, “Of course, [Michelle is] my wife, so I’m a little biased here. But she also happens to be brilliant, funny, wise — one of a kind. This book tells her quintessentially American story. I love it because it faithfully reflects the woman I have loved for so long.” On Barack’s birthday in 2018, Michelle posted a photo of him, captioned, “Happy birthday @BarackObama! The view is always better with you.” Barack also wished a happy birthday to his wife in 2018, “You’re not only my wife and the mother of my children, you’re my best friend. I love your strength, your grace, and your determination. And I love you more each day. Happy Birthday.” 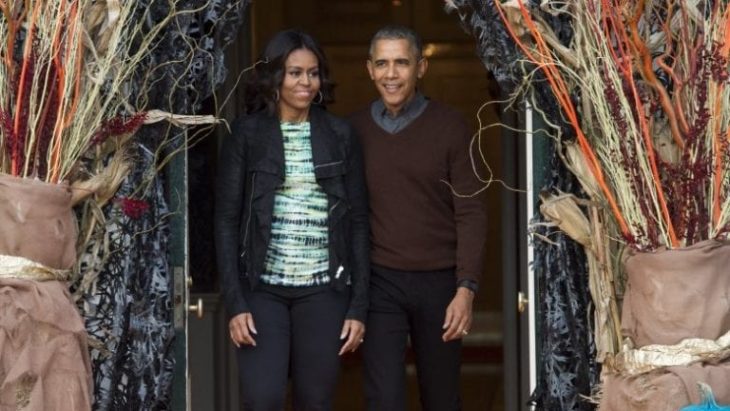 “I can honestly say that when it comes to his character, and his convictions and his heart, Barack Obama is still the same man I fell in love with all those years ago,” Michelle said in her speech at the 2012 National Democratic Convention. “He’s the same man who started his career by turning down high paying jobs and instead working in struggling neighborhoods where a steel plant had shut down, fighting to rebuild those communities and get folks back to work… because for Barack, success isn’t about how much money you make, it’s about the difference you make in people’s lives.” She added, “And I didn’t think it was possible, but today, I love my husband even more than I did four years ago… even more, than I did 23 years ago when we first met.”

“Laughter is the best form of unity in a marriage” 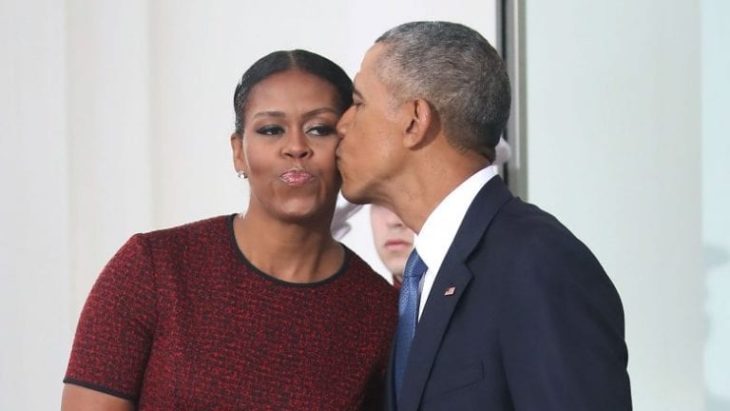 There still isn’t a perfect formula for the perfect marriage, and every relationship is different in its way. Michelle shared with New York Post her opinion on what makes their marriage strong.  “I think a lot of laughing. I think in our house we don’t take ourselves too seriously, and laughter is the best form of unity, I think, in a marriage.” Michelle continued how Barack and her “find ways to have fun together” and to carve out time for themselves. “We keep each other smiling and that’s good,” she shared. 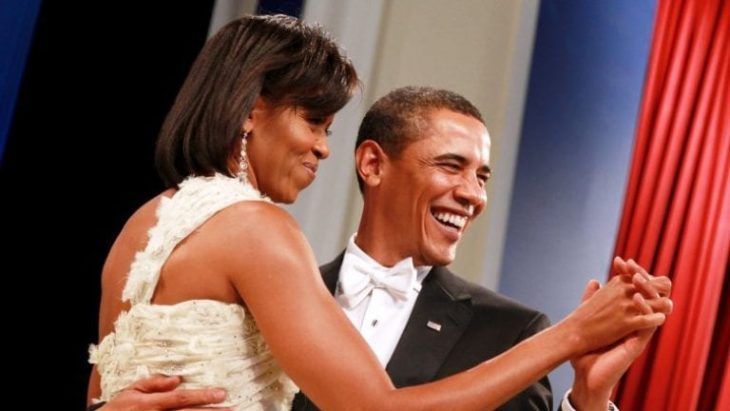 “Marriage still ain’t equal, y’all,” she said during a speech she gave as part of her book tour. “It ain’t equal. I tell women that whole ‘you can have it all’ — mmm, nope, not at the same time, that’s a lie. It’s not always enough to lean in because that s*** doesn’t work.” This might come as a shocking statement as Michele is known to carefully choose words, but she just wanted to make her statement heard. She said to men in the room during an interview with Oprah at the first White House summit on the State of Women in 2016, “Be better! Do the dishes. Don’t babysit your children. You don’t babysit your own children. Be engaged. Don’t just think going to work and coming home makes you a man.”