Fast Food Around the World

Off to an adventure? These local delicacies are right there waiting for you.

One of the best and most exciting things about traveling internationally is food. Food is a huge part of life, and getting to try things from different places and cultures can really expand your horizons. From street food to fast food, no matter where you go, you’re guaranteed to be spoiled for choice.

Unsurprisingly, there are several big US food chains you can now find right across the world. McDonald’s, for example, has branches in more than 120 countries. But then, just because you’re in McDonald’s, that doesn’t mean you can pop in and order a Big Mac. Like other chains, their menu differs depending on where you go, according to local tastes and traditions.

Below, we take a look at some of the fast food combinations served around the world. We warn you; some of them require a more adventurous palate than others, and some of the combinations are a lot more ‘out there’ than Americans are used to. However, isn’t getting out of your comfort zone another really fantastic thing about international travel?

Anyway, if you get really stuck, there’s always fries.

Japan’s unusual fast food is some of the best-known in the world, and for a good reason! At Burger King, you can buy a Kuro burger, where the buns and the cheese are made with black coloring from bamboo charcoal. If you’re really hungry, they also have a burger the size of an entire 9-inch pizza! In McDonald’s, grab the fries with seafood seasoning. They’re delicious.

You can also buy a ramen burger at Lotteria, try Wendy’s foie gras burger, or pick up a prawn burrito at Taco Bell! For dessert? Try a KitKat and mango pizza from the Japanese pizza chain Strawberry Cones, or Lotteria’s fries with chocolate dipping sauce. 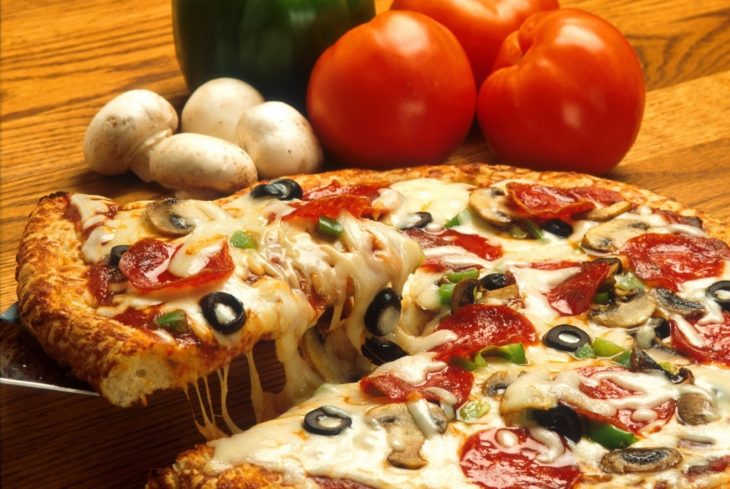 China has some of the best street food in the whole world, but if you’re overwhelmed by choice and want to try a familiar Western name, KFC is the place to go. The first fast food chain from the US to open in China, KFC adapted its menu according to local tastes. You’ll find chicken wings with soy sauce and the Chinese delicacy, congee, which is a type of porridge made with meat and thousand-year-old egg. This is definitely a breakfast for the more adventurous!

You can find other unusual KFC items all around the world. You can order the KFC menu in Karachi on FoodPanda, for example.

The much-maligned durian fruit, popular in Southeast Asia, is so stinky that it’s banned from public places, public transport, and even from hotels. But then, that doesn’t mean it’s not tasty. If you’re not sure about going all-in right away, try durian in the Durian Oreo Blizzard from Thai branches of Dairy Queen. It’s exactly what it sounds like – durian, chunks of Oreo, and vanilla ice cream. Just don’t smell it before you try it! 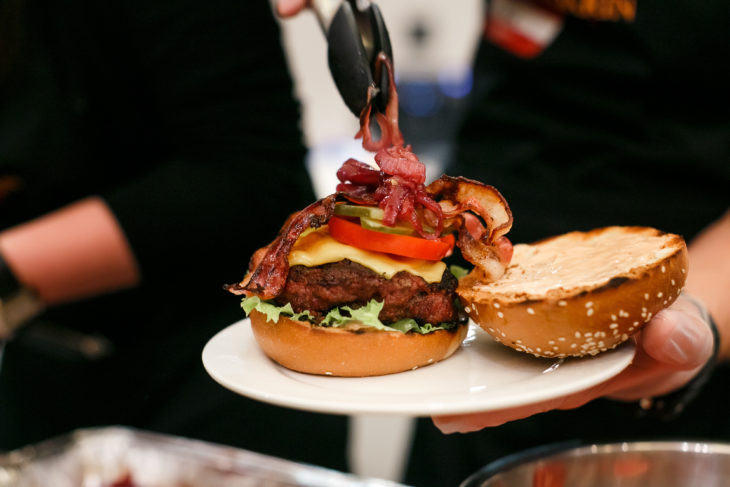 At McDonald’s in New Zealand, there are three kinds of pie you won’t find on the menu anywhere else. The best known of these is the Georgie Pie, or Mince and Cheese, which is made, unsurprisingly, with cheese and ground beef. How this item ended up on the menu is an interesting story. Georgie Pie used to be a fast food chain in its own right before being bought by McDonald’s in the 1990s. Fans of the pie petitioned so hard for it to come back that McDonald’s finally added it to their own menu in 2013.

In South Korea, a pizza chain named Pizza Maru has created that rarest of things – a pizza crust that’s actually good for you! Their ‘green tea well-being’ dough is fermented and packed with natural grains. We’re not sure it still counts as healthy when you cover it with pizza toppings, though! 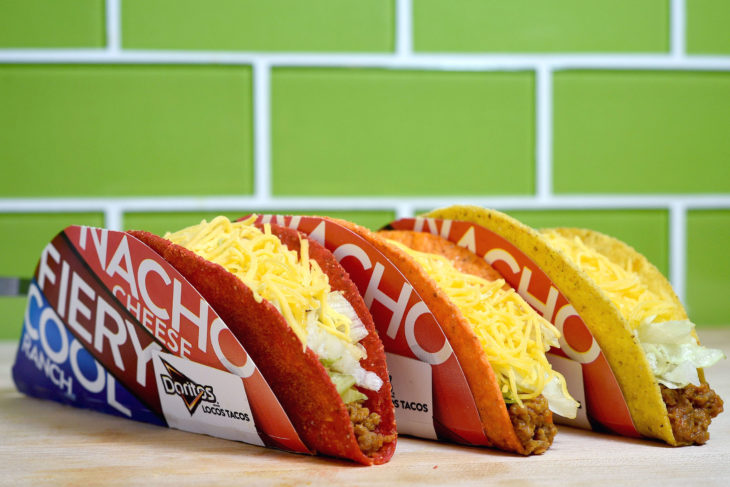 It turns out that Aussies have a particular fondness for putting beetroot on burgers, so McDonald’s over there created a burger (beef, tomato, onion, lettuce, sauce x2) that also features a massive slab of beetroot. Its name, unsurprisingly, is the McOz.

The Aussies are also a bit creative when it comes to pizza, and at branches of Pizza Hut, you can pick up the Doritos Crunchy Crust. As the name implies, it’s a pizza with a crust that’s covered with Doritos. It’s also stuffed with mozzarella and topped with cheddar cheese.

Taco Bell is a worldwide fast food chain, but like others, their menu differs from place to place. In Guatemala, for example, you can grab a Chocadilla. It’s a tortilla full of Baby Ruth candy and chocolate sauce. You can also pick up a KitKat-themed version at branches in the UK. 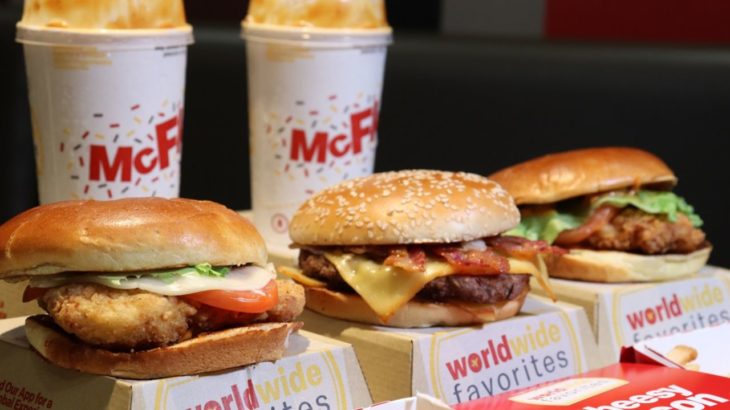 The Philippines, like most other places, has its own fast food chains. Jollibee is the country’s biggest fast food chain, bigger even than McDonald’s. Their menu includes all sorts of things, from spaghetti to burger steak, and even, if you’re so inclined, spam sliders on the breakfast menu. Yep, breakfast.

If you’re cutting down on carbs, why not head to KFC? It’s where you’ll find the very meaty Double Down Dog, a hot dog covered in cheese and fitted into a bun-size piece of fried chicken. Who needs a soggy bun, anyway?

The world’s biggest country is home to several fast food chains. One of the most popular is Teremok, offering a dish we definitely wouldn’t think of as being fast food – caviar. Yes, caviar. Teremok serves cooked to order blini, with fancy toppings such as caviar and smoked salmon. Not sure if this one will be appearing on a McDonald’s menu any time soon! 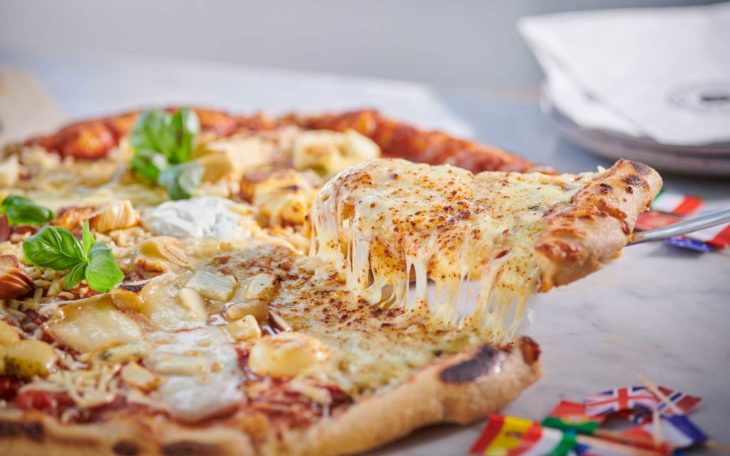 If you thought pineapple on pizza was divisive, try fish! The Flying Fish Roe pizza found on Pizza Hut menus in Hong Kong, comes topped with salmon, on a crust stuffed with both flying fish roe (eggs) and cream cheese. We’re trying to imagine exactly what it tastes like, but failing. We’ve never eaten fish with cheese before!

How Did Custom Patches Become a Part of the Moto Culture?