Eucharist, the heart of the Church

A very important moment in the life of a believer who, as Pope Francis said, “places himself at the heart of Christian initiation”, together with Baptism and Confirmation. We can say that it constitutes the source of the life of the Church itself. For the Pontiff, in fact, “from this Sacrament of love springs every authentic journey of faith, communion and witness”. From these few words, it is clear that First Communion has little to do with the gifts, candies, elegant clothes and lunches at the restaurant that usually accompany the event, risking to obscure its true meaning. 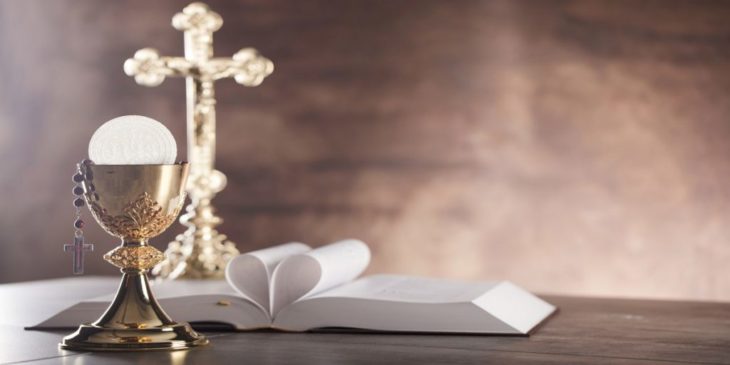 According to Pope Francis, “it is important that children prepare well for First Communion and that every child make it, because it is the first step of this strong belonging to Jesus Christ, after Baptism. This is why catechism is so important, where children must be taught the doctrine of Jesus and also the formulas for celebrating Mass and the attitudes that participation in the celebration of the Eucharist requires. And, in the same way, we understand the importance of the First Confession, the first moment in which children ask, and learn to ask, for forgiveness for the sins committed, in view of their encounter with Jesus.

Why is confession so important?

It is an encounter with Jesus waiting for us to forgive us, and, according to the Catechism of the Catholic Church, the acts of the penitent are four: the examination of conscience, contrition, confession and satisfaction (that is, the penance imposed by the confessor). All serious sins must be confessed at the very least once a year and, in any case, before receiving Communion. 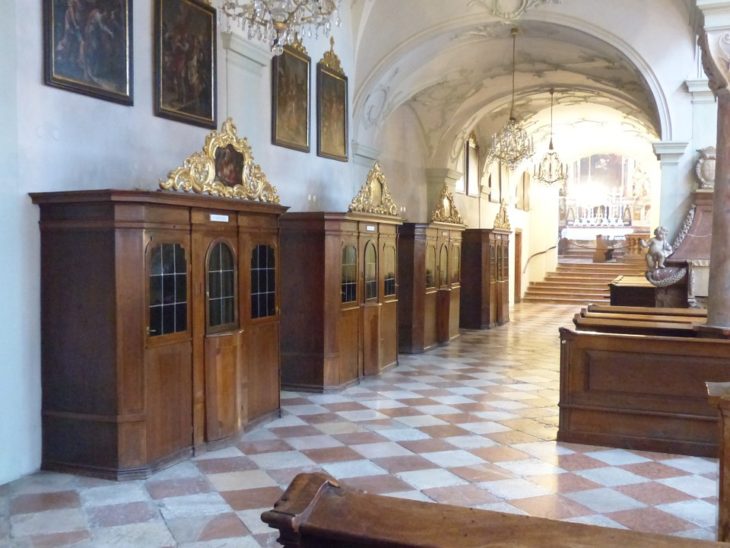 Until the pontificate of Saint Pius X, Pope Sarto, the approach to First Communion did not take place before the age of 12-14, the age at which one arrives at a good knowledge of Christian doctrine. In 1910, however, the decree “Quam Singulari” of the Congregation for the Discipline of the Sacraments lowered the age to around 7 years because, according to Pius X, it was not necessary to know the whole catechism to be admitted to the Eucharist, but it was sufficient to have received a preparation based on knowledge of the main mysteries of the Christian faith, to have reached the age of discretion and to know how to distinguish the common bread from the Eucharist. 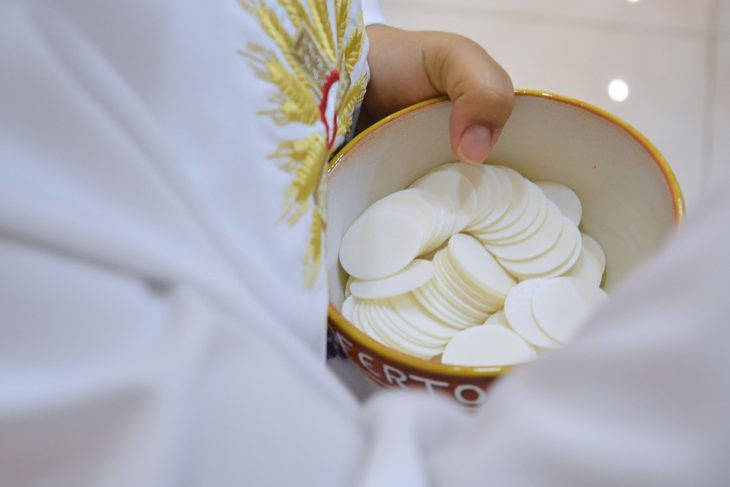 The First Communion is first of all one of the seven Sacraments: the one with which one receives the body and blood of Jesus, and then enters fully into the Catholic community. It was Christ who instituted it during the Last Supper, when he distributed to the disciples gathered at the table the bread and wine as his body and blood, offered for the salvation of all men. And this is what happens every time during the Holy Mass: the bread and wine, through the work of the Holy Spirit, really become the body and blood of Christ. The host, which is administered during the Eucharist, After consecration, by virtue of Transubstantiation the host is the true Body of Jesus. To receive it, according to the Catechism of the Catholic Church, one must be in a state of grace, that is, without awareness of mortal sin. In addition, the spirit of recollection and prayer, the observance of fasting prescribed by the Church (consisting in refraining from food and drink, apart from water, for at least one hour before Communion) and the attitude of the body (gestures, clothes), as a sign of respect for Christ, are important. To find communion bread and hosts you can check out holyart.com.

How to choose a church suit