First Time For Everything: A Spanking Party 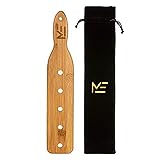 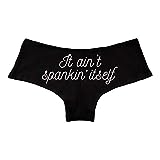 Decal Serpent It Ain't Spankin' Itself Women's Boyshort Underwear Panties - Black Medium
-
-
Check on Amazon
Call me in one hour and tell me your boyfriend dumped you,” I told my girl friend as we stood outside the movie theater where we had just seen “Magic Mike.” “If the party’s weird and I want to leave, I’ll say ‘Oh my God, are you okay? I’ll come meet you!’ Got it?”

“Sure thing,” my friend promised.

“I’m texting you the address I’m going to right now,” I told her, tapping on my iPhone. “Just in case these people turn out to be rapist-murderers.”

“I’m sure they’ll be fine,” she soothed me. We hugged goodbye and parted at a street corner. “Have fun!” is what she called as I walked away.

Have fun at your spanking party is what she meant.

When I had first heard about this private, invite-only party, I’d tried to get a girl friend, who is also kinky, to attend with me. She had other plans and I wasn’t too keen on going to a party with complete strangers by myself, so I figured I’d just skip it.

Then a guy I’d been messaging with via an online dating site asked me if I would be attending; it turned out he was planning to go to the exact same spanking party and said I could meet him there if I wanted. I suddenly reconsidered going. Sure, this online dating guy was technically a stranger, too, and we hadn’t met in person yet, but we’d been messaging online for a few days so at least I would know someone there. A weird technically-first date? Yes. But you only live once.

I couldn’t have been more shocked arriving at the party. It was held in a huge, beautiful loft with art hanging on the walls and tables with wine and cheese. Probably 35 or 40 people milled about, almost equally men and women; although there were a couple of men who skewed older — as in, white-haired older — there were also more than a few young adults who looked to be my age (28) and slightly younger. Everyone wore “normal” clothes, like sundresses and slacks, and most people just stood around with a glass of wine, having a chat. The only reason you would have known the kinky nature of the party was the crack, crack, crack! spanking sounds in the background.

Out of respect for my date for the evening, as well as the folks that I chatted with at the party, I’m going to keep details of who I met — what kinds of people they were, their jobs, etc. — totally private. But I will say that after maybe an hour or an hour and a half of chatting and nursing my Diet Coke, I felt completely comfortable going to play with my date. The “play” zones were areas in the loft separated by screens for privacy. You could see couples going in and out, or hear them inside, but you couldn’t actually see them while they played. I don’t know what the other areas looked like inside, but the one we used only had a chair inside. It wasn’t the most physically comfortable scenario (normally I play where I do other sexual stuff, like on a couch or bed) but we made do.

As I’ve complained about, oh, constantly on The Frisky, a lot of guys from online dating lose their minds over the fact I have a fetish and pursue me with crass, lewd, less-than-gentlemanly intensity. You should see some of the messages strange men have sent me; one of the big reasons that I went with my date for the night, despite the fact we’d never met before, was that he had behaved like respectful gentleman up to that point. It’s sadly rare that a dude wants to get to know me first before bringing up how much he wants to fool around; some men equal my being sexually open with my being a brazen, craven slutty-slut-slut. My biggest fear about this spanking party was not that the guests would actually be rapist-murderers, but that I would have creeps pestering me.

On that count, I shouldn’t have worried — I texted my girl friend before she even had a chance to call to say no need, I’m fine. My very sweet date could not have been more respectful or less pressuring. We talked in depth beforehand about what I wanted, what he wanted, and my “safeword.” (A “safeword” is a word that kinky people use while playing that signifies play has to stop immediately.) While we played, he repeatedly asked me if I was okay and wanted to do anything differently.  I also met other partygoers throughout the night, both men and women, and it was your normal cocktail party chatter. Barely anyone even talked about spanking or BDSM, other than to inquire, politely, “Oh, have you played yet?” There seemed to be a few couples and a bunch of people seemed to know each other already, perhaps from previous parties. My date not only made me feel 110 percent safe and protected during the night, but I got all around good vibes from the women and men I met. Nothing even remotely creepy happened the entire night. On the contrary, I felt like I was amongst my people.

As the party came to the end, my date and I joked that we would have to go on a real first date and do something utterly normal, like miniature golf. He put me in a cab and texted me awhile later to see that I got home alright. I had a delightfully sore bum, a couple of new phone numbers from hopeful friends, and a feeling that is all too rare: the utter and complete acceptance of my fetish.