Earth-rattling shifts in your life are waiting for you, as this is a year when sudden mind-bending circumstances will test your ability to think for the greater good of yourself and your baby. The good news is that the changes are set and there is nothing to do to trigger them, as they have their own timers. One day, a surprise will pop up and thinking fast will be your only salvation. So, beforehand, prepare by going deep and immersing yourself in your own intensity. Think of 2014 as the year of your ultimate transformation, as the sexy vixen inside you that knows how to dominate will take control of your darkest matters of love, lust, security, and power. Yes, be ready to sit your pretty lil ass down on a newer, shinier and more decadent throne. 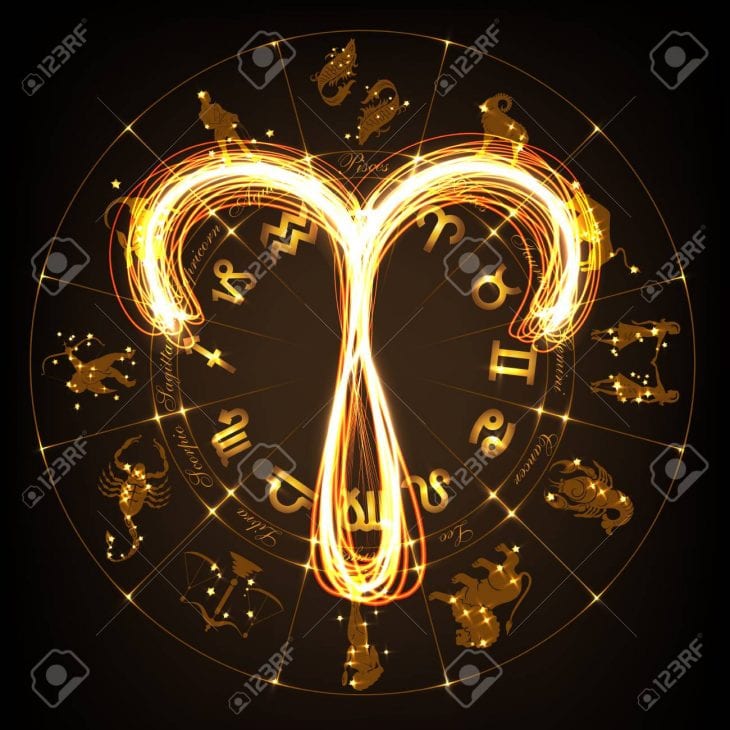 There’s a lot that will blow your mind in 2014. Secrets are coming and the playing field will take on more advance rules. To say 2014 will mature you twice as fast is an understatement. Thankfully, it’ll feel great, as you can cruise in the fast lane and focus on the things in your life that make you feel truly rooted. Home, family, and friends are your foundation and this year, you will have all of those things to some degree, making you feel like having it all is possible. However, finding the balance will take time, so be prepared to adjust your priorities. Also, if you’re in love already, this is a year when you’ll also have to deal with jealousies that can hold you back. Yes, a new way of seeing what you have and what you want is on its way. 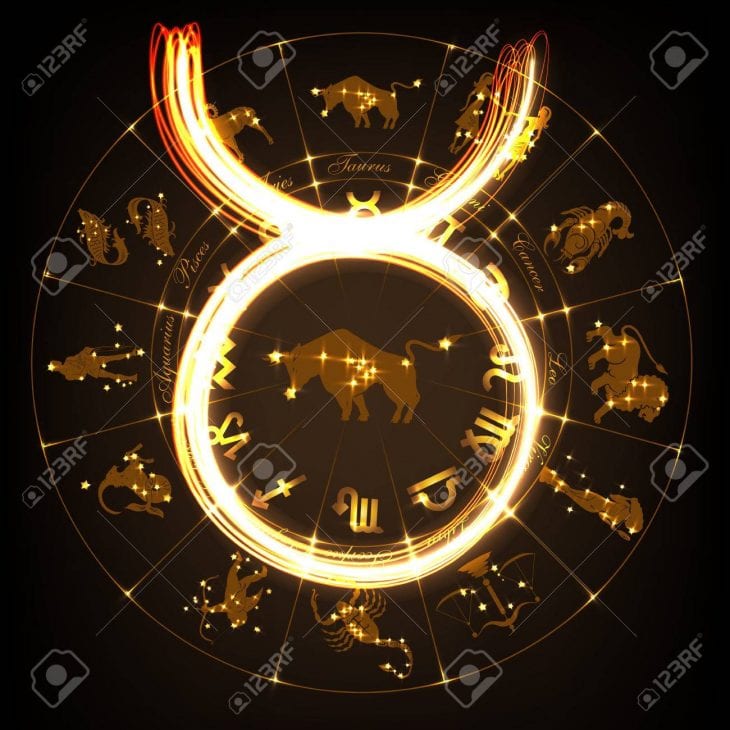 You’ll need to get more extreme in your tastes, drives and desires. Push yourself to the next level of living and uncover magic. If this includes a significant other or not, it won’t matter, because your sense of power will be your own and nothing can get in the way of it. It’ll be through this kind of energy that your magnetism will flow, so allow yourself to be extra picky. Sure, others will criticize your methods, but such is life and this is your year to tune out that static and play the melody you wish to share. This is your world, so only let in those you want to be a part of it. 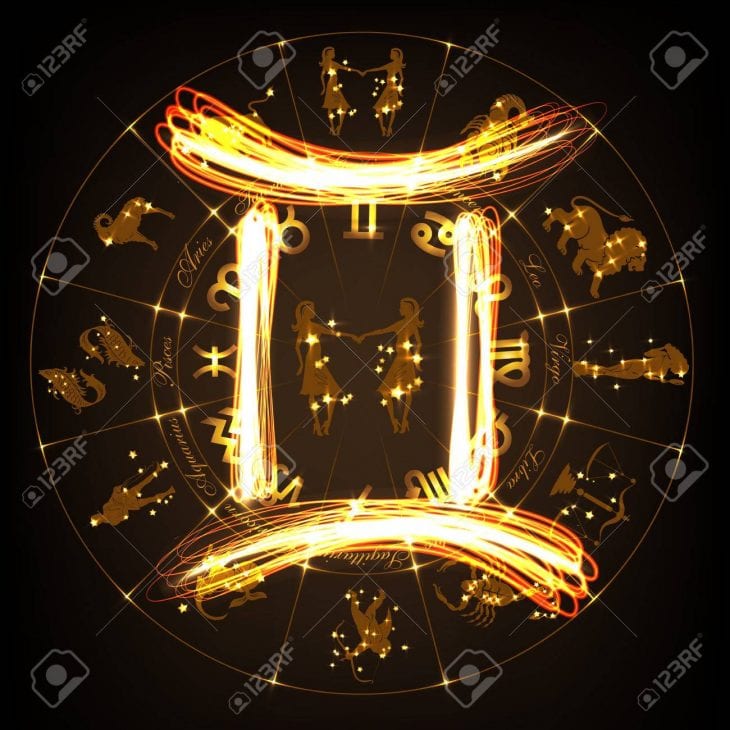 There will be a peaceful feeling in the air and everything will fall into place as you go along. That’s not to say 2014 is going to be dull, but it’ll have an order and pace you will understand and appreciate. There will be opportunities to go beyond your comfort zone, challenging your confidence. Go for it, because the odds are on your side and you will always have more good than bad. Regardless, it’ll be an intense learning process, in which you will discover who you are in a more theatrical way, as your inner exhibitionist will fly free. Yes, 2014 will be a page-turner and you’re its star  — and thankfully, you can also prove that happy endings don’t have to be a lie or a cliché. 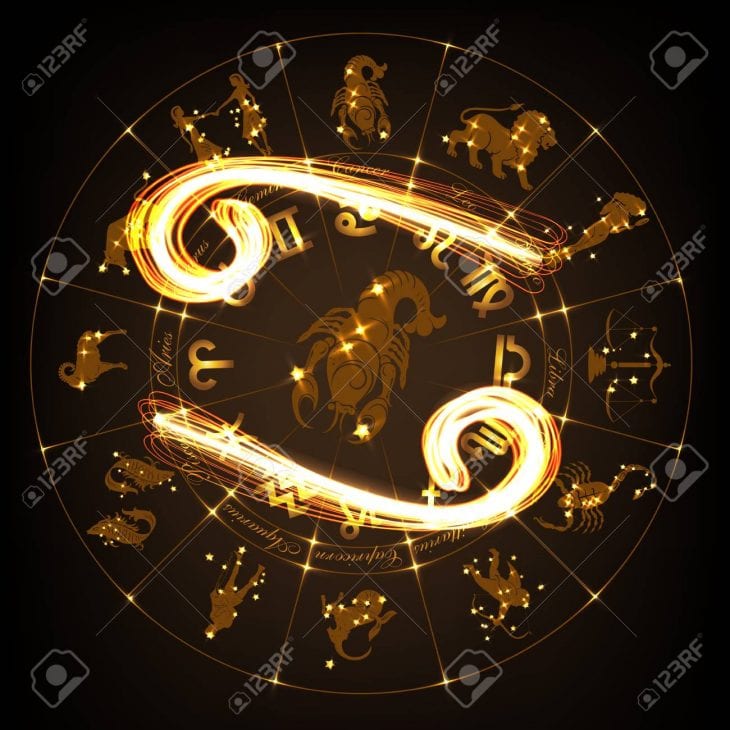 Relationships will either give you a sense of security or feel like a straitjacket, as 2014 will bring restrictions; who you love will be vital in helping you attain your own personal greatness. No, not everyone gets it right the first time or even the second, but it’s the hope of real love existing that you need to stay true to. If you’re where you need and want to be, then there will be some big strides in growing your life together, which will not only make you a bigger believer, but even a preacher for love. If things aren’t as idyllic, then this will be the time to get more ambitious about your emotional and sexual needs, as there will be plenty of chances to break away without shedding too much blood. Yes, lucky for you, the universe is going to be playing on your side by mid-year and into 2015, so this is hardly a time to be shy about enforcing a sense of entitlement and making your visions more than just a mirage. 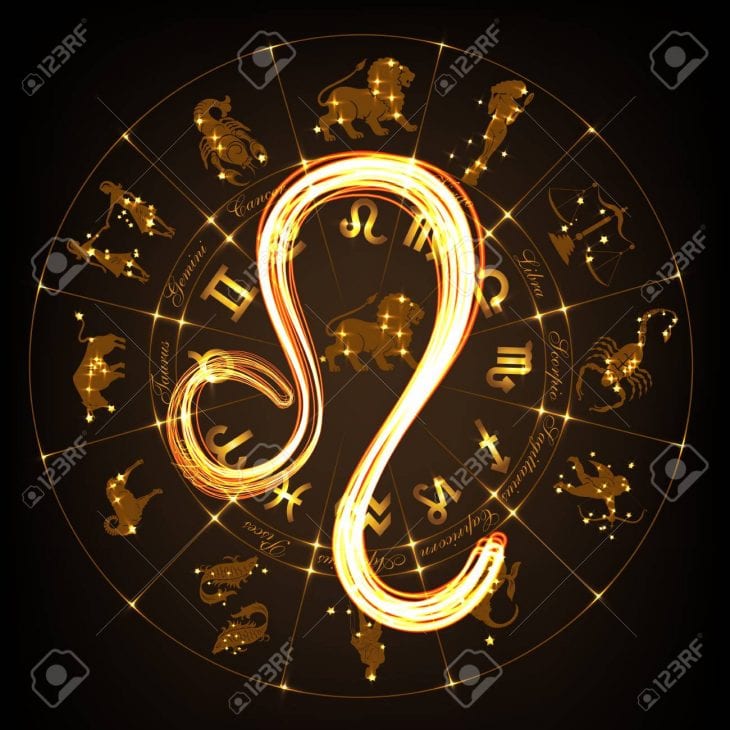 Don’t let anxiety make your decisions. Time to stop projecting a worst-case scenario future and/or dwelling on the most dismal parts of your past. Your inner demons will have as much power as you want to give them, but you can easily ignore their presence, if you wish. In 2014, scary notions will enter your mind frequently and fiercely, making you have to face fears in a more dramatic way. Go with it, because the truth will unlock positive changes you were hesitant to grab ahold of. Your free will will have everything to do with how 2014 ends up, so know you will reap what you sow. 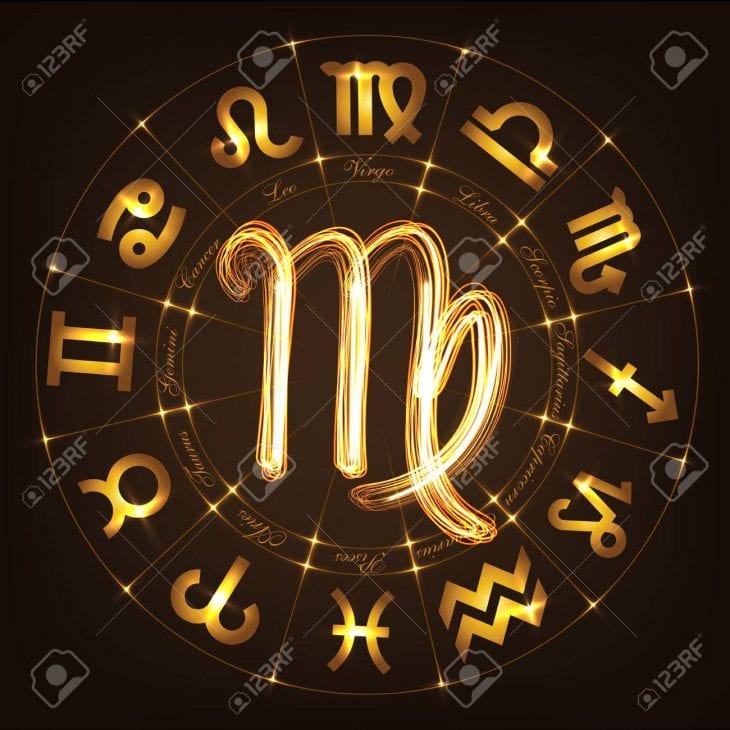 The freedom to live the way you want is out there for the taking, as you will have the power to connect all your dots in a way that puts you ahead. Be on the lookout for ingenious ideas and partners that will cross your path and could make life better. Sure, a few commitments may fall apart, but others will get stronger, and in the end, it’ll all come out in your favor. By the end of 2014, you’ll find your truest birds of a feather and you’ll be your happiest together. The only worries you will have to concern yourself with this year will be saying when too much of a good thing gets to be too predictable. So, this year, get ready to see all those hopes and dreams you never thought were possible actually come true. 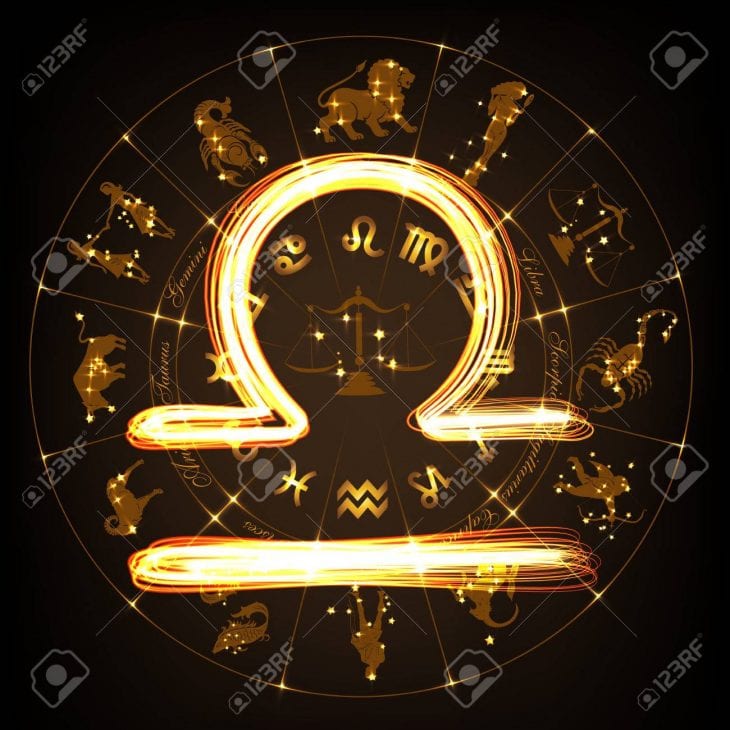 It won’t be until the end of 2014 that Saturn, our galaxy’s buzzkill planet, will get out of Scorpio, making for many more frustrating moments ahead that you will just have to breathe your way through. So, as you’ve been somewhat on the edge of your seat in mind and body, it’s time to ignore the obvious roadblocks in your life and keep your focus on the day-to-day.  Plans will change at a moment’s notice many times over in 2014, so today’s foible might be tomorrow’s advantage. Sure, it’ll feel like a dizzying square dance at times, but this year will be filled with many life-defining moments that are all part of your destiny. It’ll be eye-opening in every sense, and in the end, infinitely soul expanding. Unconditional love will be the lesson at hand, but damn it, 2014 is the year to get that PhD in understanding and wielding it with confidence. 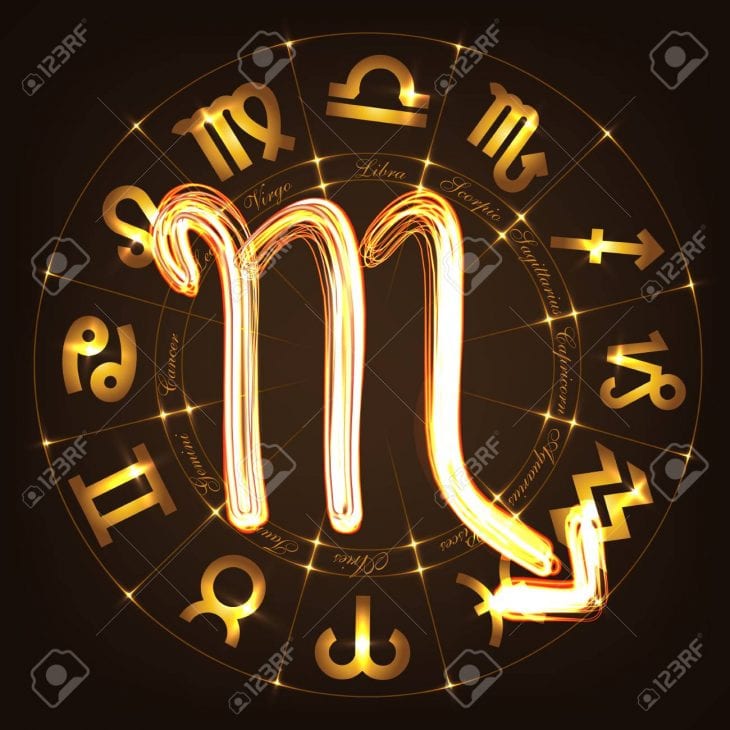 Intimacy, and learning its nuances in a new and more dynamic way, will take over your life, and at times, it will drain the hell out of you. However, that special someone has touched a part of you in such a way that there’s no turning back to the world you knew before. Realize this journey is merely a part of something bigger that is to come, so don’t feel a finality in the choices you will have to make this year, because many more options are coming and learning what you’re all about now will give you the power to make better informed decisions later. Ultimately, a new adventure is coming that will allow your heart and mind to be ever freer. Don’t worry, someone special will be available for the ride, but instead of it feeling like it’s two for the road, it’ll be more like one plus one. Yes, independence and commitment will come to a mutual understanding and 2014 will be the year you can declare you do have it all. 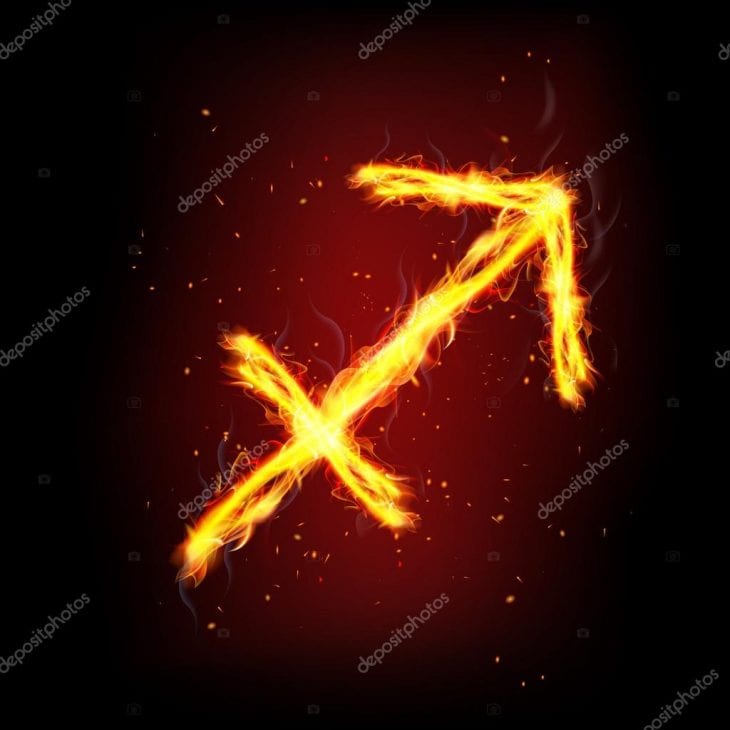 Commitments will be getting way more intense in a happy and exciting kind of way. You’re the sign of structure, so to see the results of your work and dedication building up to be greater than you first thought possible will be something that shakes you to the core. Life is changing for the better and it’ll be beautiful. Just be mindful of taking in each minute as it comes and really feeling its love, intensity and purpose. Yes, all the madness you’ve endured thus far will just be stories to tell and lives you’ve long past lived. Finally, you can have the last laugh over all the obstacles you’ve overcome, giving you a sense of satisfaction that life really does make sense. 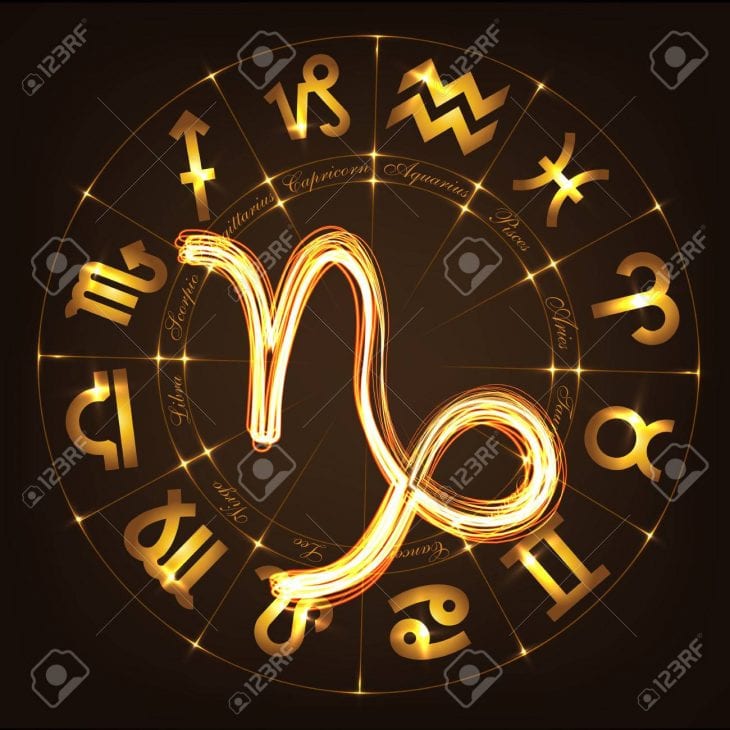 Time to pick up your feet and move it. Whatever and whoever can keep up with you better hold tight, otherwise that baggage will feel twice as heavy in 2014. Yes, this is the time to commit to what you want in your life and own it. You’ll be done with always needing to be the adult in certain relationships and will have the power to be able to see them for what they are worth. Once you have these realizations and take action, you will see fate trigger a series of events that will get you to your destination even faster. Just be willing to accept the truth when you feel it, because indecision won’t be cute now. See that 2014 is filled with opportunities to feed your ego and brain with true sustenance, but only if you enforce a zero tolerance policy for the bullshit.

2014 Major Areas Of Change: Equality in Relationships, efficiency and respect. 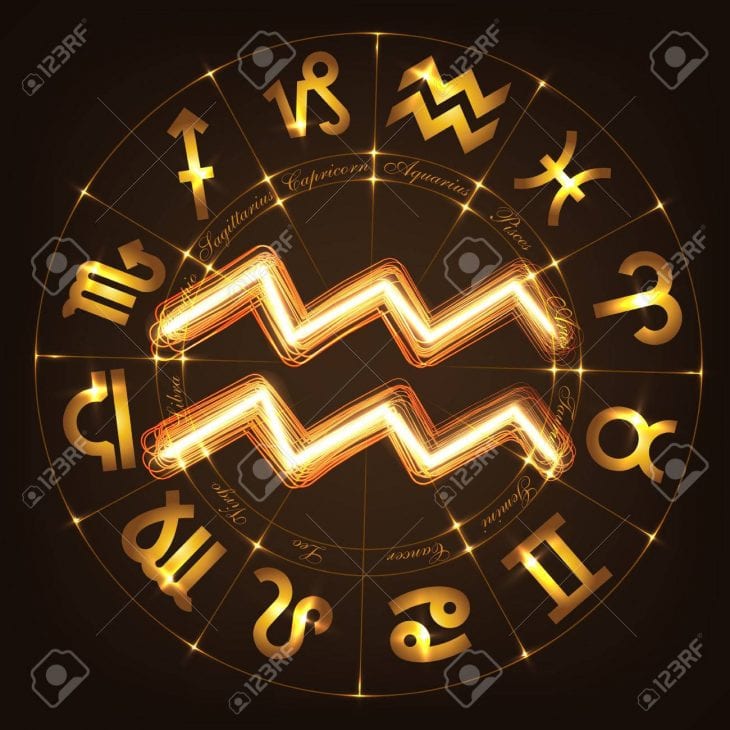 In 2014, your playfulness could bring trouble, as it’ll be hard to find people that get your sense of humor. Sure, there will be instant attractions and more than enough opportunity for fun banter, but anything for the long term will be scarce. However, it’ll be you that gets bored fast, as the ball will be in your court more times than not, in whatever games you do find yourself playing. Of course, there is nothing wrong with enjoying the wining and dining involved, as all is fair in love and war. After all, you don’t have to answer to anyone but yourself— and if anyone does try to get you to do otherwise, trust they will never understand you the way you want. 2014 will be all about your personal freedom. If there is another beside you for the journey, they’ll be following your lead, not the other way around. 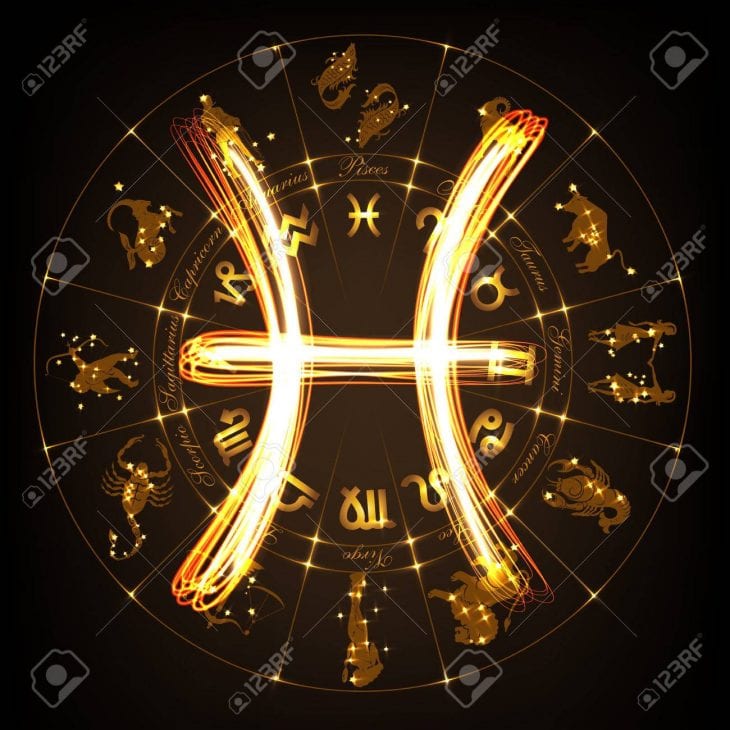