When Sean Norman’s bull terrier slipped into Pam Nkosi’s yard and bit her seven-year-old daughter, she felt that it was an act of racism. “I feel that the dog is racist. The way it behaved. It shows that it was not familiar with other races,” Nkosi said.

Norman initially denied that his dog bit the girl, accusing another dog of biting her and finally, claiming that the girl fell into a hedge. But a doctor confirmed the dog bite was from Norman’s bull terrier. Nkosi claims that Norman never checked in to see how her daughter was doing or offer to pay for any of the medical bills. An SPCA inspector didn’t comment on whether or not the dog was “racist” but said the case was being investigated.

This question of whether or not dogs can be racist resurfaces every so often. Although the 1982 movie “White Dog” about a dog trained to kill black people might suggest otherwise, the 2010 Newsweek article, “Your Dog Isn’t Racist,” concluded that canines are simply not capable of racism.

“Dogs are wonderful creatures, but they simply don’t have the intellectual capacity to develop derogatory judgements about whole groups of people. That’s in humans’ wheelhouse,” said author Raina Kelley.

In a response to recent “dog racism” comedy on “Curb Your Enthusiasm” and a sketch by Key & Peele, Gawker interviewed canine experts on the matter. All seemed to agree that while dogs don’t have the cognitive function to be racist, a dog may have an aggressive, fear-based reaction to a person because of lack of proper socialization or trauma. 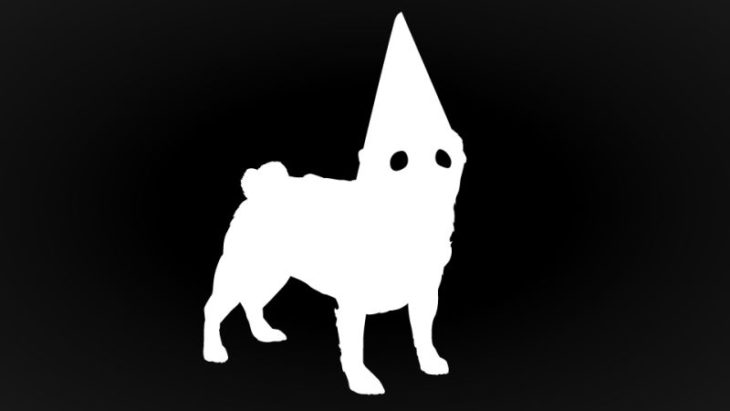 “The general consensus is that it’s because the dog wasn’t properly socialized as a puppy, and wasn’t exposed to people of all races and ethnicities — or that the dog was abused by someone who ‘looked’ a certain way,” said canine behavior therapist Renee Payne.

This begs the question: Should owners be responsible for properly socializing their dogs to people of all races, shapes and sizes? Um, yes! If they intend to take that dog out of the house. If a person has an aggressive, possibly threatening dog — for whatever reason — that issue needs to be addressed.

So, in that sense, I think Nkosi has a point.