Girl Talk: Bisexuality, Straight Privilege, And A Place At The Table

Sometimes, I have a hard time talking about being bisexual.

Part of the difficulty is label itself: bisexual. As soon as it’s said out loud, or implied with the abbreviation bi, lady sex pops into peoples’ minds and all of a sudden things get X-rated. The mere mention of bi conjures images of co-eds kissing and dancing on bars for male attention. Or, it incites the delightful fallacy that bi-folk are lying to themselves about their sexuality.

So, if labeling myself bi creates a feeling of ick, then why not call myself something else?

I’ve thought about latching onto other labels: flexible, fluid, queer, open? Why not just call myself straight when I’m with a man and gay when I’m getting my lez on? Why a label at all?

Really, I’m a big fan of calling things what they are, instead of relying on softer, more palatable terms. It takes courage, I think, to talk about something directly, instead of dancing politely around it. Personally, I feel the need to label myself. It’s a part of my identity, a part of what makes me who I am. It’s part of how I look at the world, how I interact with it. 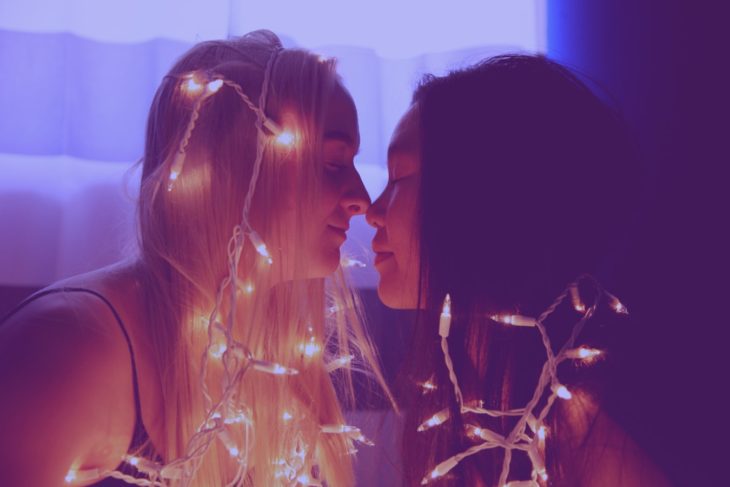 Photo by Sharon McCutcheon on Unsplash

The primary reason I feel skittish about openly talking about my bisexuality — the real biggie — is that I happen to be in a committed relationship with a man at the moment, and in the eyes of some, that shuts me out of the queer community. In my day to day life, out to breakfast and running errands with my boyfriend, my relationship gifts me with all of the privileges of straightness. I’m lucky for that, in a way, but because of it, I feel a pang of guilt for still wanting to be recognized as a part of the queer community. Not as an ally, but as a member.

LGBTQqi2 (lesbian, gay, bisexual, queer, questioning, inter-sex, two-spirit), is the ever expanding, ever inclusive acronym that is used to describe everyone who doesn’t identify as straight. Bisexual is sandwiched right in there. That’s what the B stands for! Yet, I rarely feel like I belong there. I can hear myself whining about being left out of the queer party and it feels a bit like shouting about men’s rights, or asking when White History Month is. Where is recognition for bisexuality, huh? I understand how ridiculous it sounds; how, with all of the privilege I do have, it isn’t enough. Poor little bisexual girl isn’t getting enough attention.

“Ally-ship is super!” you might say (and you would be right). “Why not just be a sort-of-closeted bi-ally, and call it a day with all of this label-recognition-privilege business, you whiner?”

I’ll be honest, it sounds tempting, because this back and forth I’ve been having with myself is getting exhausting.

So I sit with my morning coffee, watching “The L Word,” catching up on the feminist blogosphere, and I turn my brain inside out trying to balance my privilege, and my place at the queer table. Does bisexuality disappear when I’m with a man, and magically reappear again when I’m with a woman? If I’m with a man for too long, do I have to re-register with the bi party to be eligible? And what about threesomes?

I’m asking, I’m really asking, because I don’t have the answers. And, at the risk of invoking an old stereotype about bisexuals, I am totally confused.