Girl Talk: Dear Mom, You Were Right About Everything (Almost)

We haven’t always gotten along. There have been some wicked fights over the years, starting in the sixth grade when I didn’t want to wear my ripe-for-teasing plaid shorts to school, or in ninth grade when you insisted a C minus in trig warranted summer school (it didn’t), or that visit during college when I threatened to leave and never come home again (though I don’t even remember what we were fighting about).

But this Mother’s Day, I wanted to tell you those three little words moms everywhere love to hear.

You were right. Growing up, you made me do things I didn’t want to do. Like piano lessons. I hated them. But you forced me to practice, standing over me while I cried and played. You dragged me out of bed Saturday mornings to go to lessons. Now, all these years later, I can still play the hell out of Beethoven. I’m still disciplined, have great posture, and can recognize a waltz from — well, I can recognize a waltz. 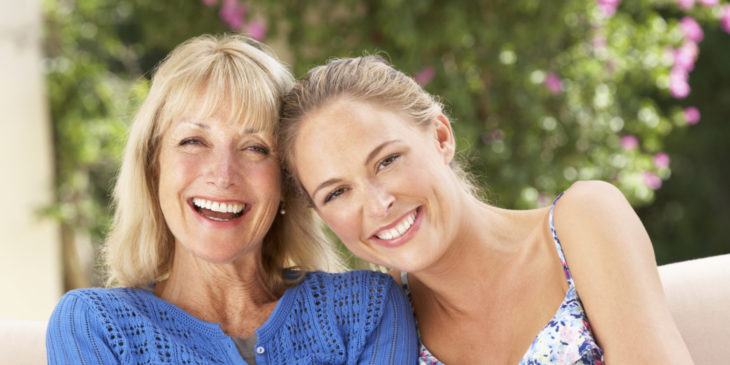 You made me greet my elders, no matter how much I squirmed. “Hello, Auntie,” I had to say. “Hello, Uncle,” greeting and title, Chinese-style, to show respect, unlike kids nowadays running wild through crowded cafes, knocking a shaky table to upset my drink on purpose.

“Don’t do that,” I say, giving the kid the dead eye, not caring if I offend his yoga mat-carrying mom, and I know I’m channeling you.

You wouldn’t let me wear makeup, even though the cool girls started sporting purple eyeshadow in junior high. “When?” I asked. “College,” you said. This was just one of your advice (most of the other things you can read at puckermom.com)

I managed to sneak in some mascara and lip gloss but quickly lost interest. Now, I still have no interest. I like my face as it is.

You wouldn’t let me get a perm. This was New Jersey — everyone had a perm! College, you said again. But by then, perms were out, and I was thankful I had no embarrassing, big-haired pictures to look back on.

You told me writing as a career would be hard. “Go to law school,” you said. No way: I’d be a bestselling novelist by the time I was 25. When that didn’t happen, I was disappointed. But why? You had already warned me.

You could have easily stopped me. You could have said, “If you don’t go to law school, I won’t pay for college,” but you didn’t. You let me be a flaky English major. You were proud of me when I won contests and got published. You were just worried. You and Dad worked so hard to make a good life for us, why would I choose a difficult path? 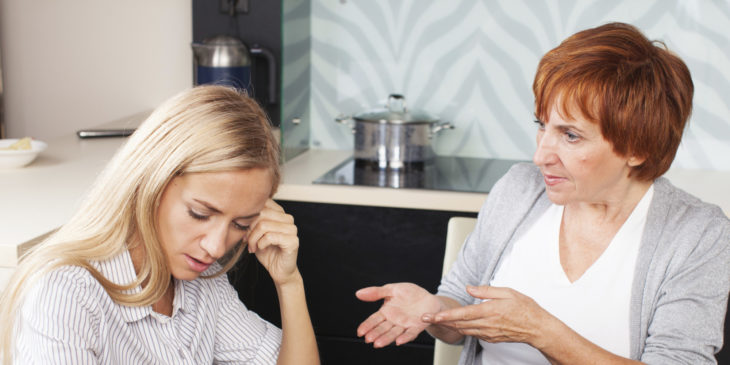 Then there was Joe, my first real boyfriend, the love of my life. You never liked him. I used to think your reasons were shallow. He wasn’t handsome enough. He wasn’t six-foot-two. You didn’t like the kind of car he drove. But now I know you sensed something was off from the start.

Maybe it was because he took everything you said personally, as a challenge to his manhood. He didn’t understand a mother will always be ferocious about her child. He didn’t woo you with jokes and charm. Instead he started a pissing contest. He talked to you about things he knew you wouldn’t understand. Why? To show how smart he was? To put you in your place?

At the time I didn’t see it. I was so used to going against what you said. I was so used to fighting — Joe was just another fight. So when we announced our engagement, and I saw you weren’t happy, and you said, “Treat her nice, OK?” I thought, Of course she doesn’t trust my decisions.

I didn’t see you were looking out for me.

Years later, when he’d cheat on me, I couldn’t tell you. I couldn’t admit that maybe I had made a mistake, that you had been right the whole time. I thought you’d blame me.

You did, later. “You weren’t paying attention,” you said, like I had spilled the soup. “You didn’t watch him carefully.” But when I first told you, finally, after we had already split up, you couldn’t believe it.

“Joe?” you kept saying, as though there must be some mistake. “Joe did that?” Because even though you didn’t like him, you never thought he’d do that. Neither did I. 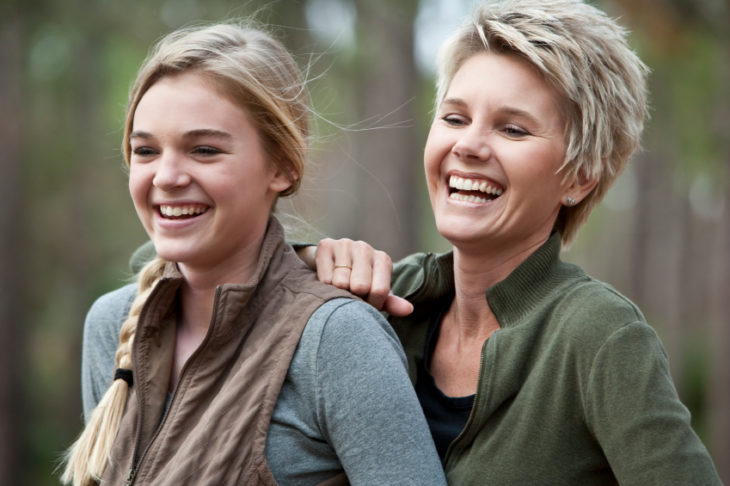 I know — you wish I had left sooner, instead of waiting a year. “I wish you didn’t have to go through all that,” you said. I’m not sure you believed me when I said I was glad I did, no matter how terrible it was, because I wouldn’t have learned so much, because I might not be where I am now.

I know you felt sorry for me when I was on my own, but I was happy. Sure, I was lonely sometimes, but I had so much to be thankful for: my friends and family, a decent living, the chance to see the world.

I know you still worry, but you know what, Mom? Worrying is useless. All it does is give us something to do about stuff we have no control over. I know you love my new boyfriend. He’s more like a son to you than Joe ever was. Yet you still worry. Will we be together forever? I hope so, but we just don’t know, and worrying won’t change that, and will only make you miserable in the meantime.

I know you wish I was living the life you imagine. A 9-to-5 job, a house in the suburbs, a new ring on my finger. But those are your dreams, Mom, not mine. I wish you’d believe I’m happy though I’m living a different dream.

But this is Mother’s Day. It’s about you, not me. So please accept my gift and know that I’ve learned so much from you. But maybe, one day, you can learn something from me too.

How to Choose the Right Wheels for Your Ride