I am a writer. I have been a writer since age eight when I penned a dramatic tale about a girl who gets asked to the prom by the school bully. He turns out to be really nice, and they end up getting married. It was daring, featured some witty dialogue, and suggested an attraction to bad boys that never played out in real life. It also suggested something else—my classic, boring, old-fashioned interest in getting married and living happily ever after, in that order.

I am ambitious. I may have always wanted to get married, but I’ve also always wanted to write a best-selling fantasy series that gets made into a series of blockbuster movies that I help cast. Yes. I’m (almost) not ashamed to admit it. That is my dream. And, as you may have guessed, I have not yet accomplished it.

I am, however, married. I’ve been married for over a year now, and it is seriously awesome.

I’ve been writing professionally for almost two years now, and it’s … hard. I guess you could say I’m just getting started. 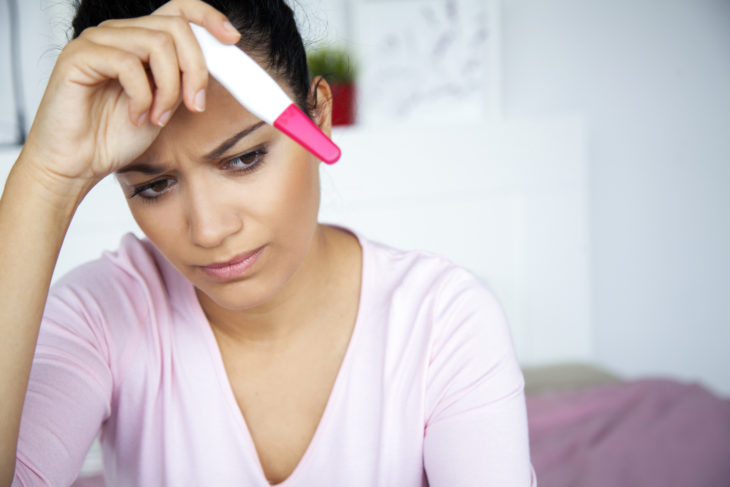 Some days, my career choice feels pretty idiotic. There’s an epic amount of rejection, and while I keep reading about 24-year-olds who have just published brilliant opuses about life and the suffocating mundaneness of it all, building a writing career generally takes a long time. Excruciatingly large chunks of your life are devoted to the unstable period in which you try really hard to establish yourself. If that ever happens, you might then have a breakthrough, which you have to follow up with something even better, and finally, at extremely long last, you could, possibly, arrive in the land of actually being able to make your rent and see your name appear regularly in print.

The reason why I thought I might be pregnant was that I had messed up my birth control (which is embarrassing—it’s not THAT hard), and I had also suddenly gained weight. Which could have been all the pizza. But might have been … Damn it. Damn it.

That’s what I thought when I bought a pregnancy test at the drug store down the street. That’s what I’ve thought every time I’ve taken one. Which has been, hmm … three or four times? Mostly just because I’m paranoid. My freshman year of college, I thought, Please God, don’t let it be positive, please please please. That would be the worst thing ever. 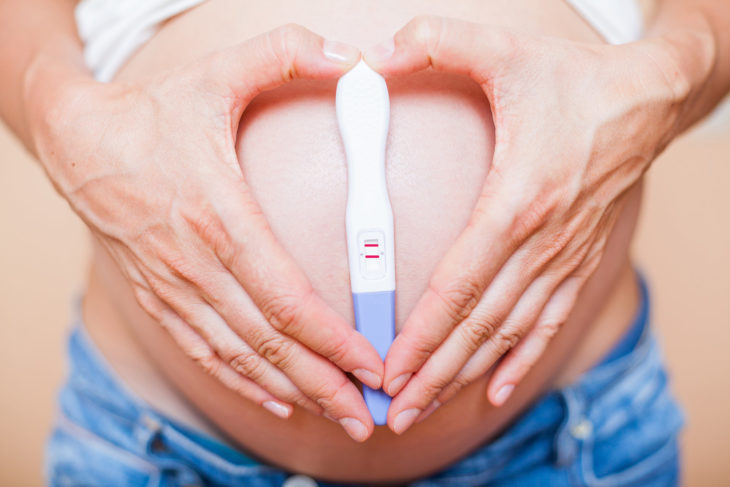 In the bathroom, my heart was beating hard. I opened the box. I peed on the strip. I set it unhygienically on the counter. And then I waited.

And while I waited, something very strange happened. In the course of those few moments, I suddenly realized that I was hoping the weirdest thing. I was, almost desperately, hoping that the test would be positive. That I would be pregnant.

Please, I was praying (most of my prayers occur in the bathroom), Let it be positive.

In the moments that passed as I stood over the bathroom sink, waiting for my fate to be decided, I realized that there’s a part of me that wants out. That wants a reason not to follow my enormous, intimidating dream. That wants to find happiness in something else, something more immediate, and probably more important. There is a part of me that is exhausted by the constant hustling, by the string of rejections and the pep talks I have to give myself, to get myself off Facebook and back to work. That part of me wants to switch paths, at least for a while. It doesn’t want to wait anymore. It wants a baby. It wants a baby instead of a career. 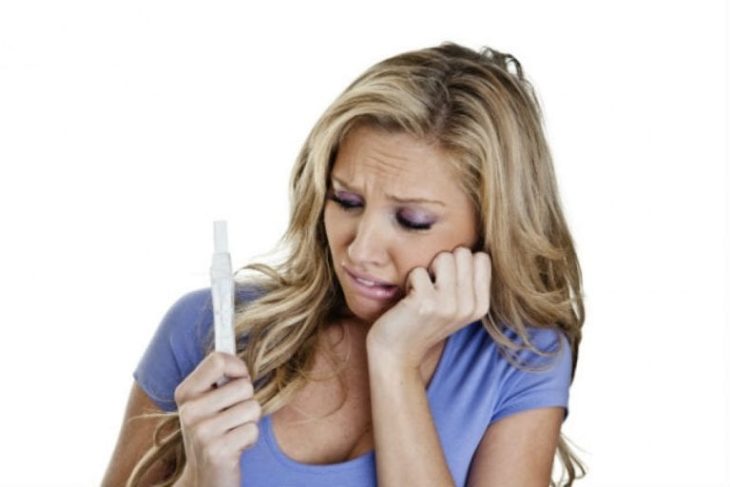 It was the pizza.

I rocked back on my heels. I picked up the strip and shook it, in case the right sign needed to be jostled out of it. It was still negative.

I went back to my laptop and worked on my book for a while. Maybe I’m not ready to have a baby, anyway. I have so much work to do. I am definitely not ready to make the decision to have a baby. It feels too much like giving up on my career.

But maybe, maybe, one day soon, I’ll grow comfortable with the idea that some writers are mothers, too. And some mothers write. And then, I’ll be ready for the rest of my life.

Girl Talk: Dear Mom, You Were Right About Everything (Almost)