Since 1998, I’ve filled two passports, trundled through innumerable airports and navigated the border crossings of 28 countries — almost always by myself. Occasionally I’ve been accompanied by a boyfriend, sometimes by a brave friend I’ve convinced to join me, but most of the time I wandered out into the throng of waiting touts alone.

Now, when you’re a young woman and you tell people you’re going to travel, the first question will be: “Who are you going with?”

And when you say that you’re traveling alone, the second question will be: “Do you have a death wish?” Followed closely by: “You know, my roommate’s cousin’s friend traveled through some hot, dirty country by herself and she was mugged at gun point on three separate occasions.”

To which you can respond: “My roommate’s cousin’s friend got mugged at gun point on three separate occasions in this city.” 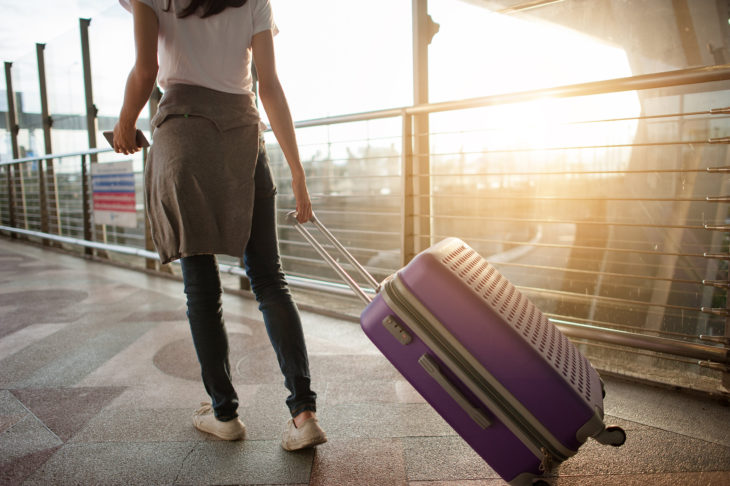 In my 12+ years of bumbling around the world, I have never (not once!) been robbed, mugged, groped or even seriously harassed. And this includes my time teaching English to sex workers on the border of Thailand, traveling to the Amazon rainforest, volunteering in Greece and attending Carnivale on the Altiplano of Bolivia. No missing wallets, zero ass-grabs, nary a knife held to my throat.

Of course, I dress conservatively and avoid drinking alone in crowded bars, but I’m not engaging in high-level travel ninjary. I’m not a trained black belt, I don’t carry pepper spray and I certainly don’t cut an intimidating figure. I’m 5’ 7” with long blond hair and a button nose. I look like a kindergarten teacher from Iowa. My point? If I can do it, you can do it.

Traveling alone gives me the freedom to do whatever the hell I want. If I fall in love with a city, I can stay there for two weeks. I can go back to the same museum three times because I’m obsessed with that mummy. I can give The Colosseum a pass because I’m just not feeling it. I can stay in the internet cafe all blessed day, uploading photos to Facebook and Skyping. No one’s going to rush me or judge me.

Travelling solo also forces me out of my shell a bit. When I’m traveling with a friend, it’s easy create our own little world of inside jokes. When I’m on my own, I need to make small talk with the cab driver, chat with the other travelers in the hostel kitchen, find someone who’ll split the cost of a water taxi out to that island. And I can’t rely on anyone else to schedule reservations or translate. It feels fantastic to navigate a foreign city using only your wits, an actual paper map and the helpful directions of shop keepers.

Of course, solo travel has its downsides. I once fell violently ill on a train in India and spent two hours throwing up in a nightmarish railway bathroom by myself. I’ve learned to say, “No, thank you. I have a boyfriend” in 15 languages. I always have to haul my backpack into the bathroom stall with me since I rarely trust strangers to watch my luggage.

But learning to turn down a date in Spanish is a small price to pay for seeing the world on my own terms.