Girl Talk: On Being The Other Woman

Even though I’m not necessarily proud of it, I will admit I’ve been the other woman … more than once.

Come to think of it, I’ve been tempting guys since middle school. I’ll never forget the time the Seventh Grade Love of My Life walked the mile with me in gym class. Neither of us liked to run (we had so much in common) so I had his undivided attention for 15 whole minutes. It was magical. His seventh grade girlfriend was a soccer player. She ran the mile in 5 minutes. She proudly crossed the finish line but the sight of her boyfriend happily strolling around the track with me must have knocked the wind out of her. She came up to me at my locker after school to inform me, “Stay away from my man or you’ll me sorry.”

I should have been apologetic or remorseful; I was ecstatic. She was the hottest girl in school, she was the first girl in seventh grade to graduate from a training bra, and she’d gotten to second base with two boys. I heard one of them was an eighth grader… and she felt threatened by ME? Sweet validation for a flat-chested mildly awkward twelve year old who felt invisible to boys! 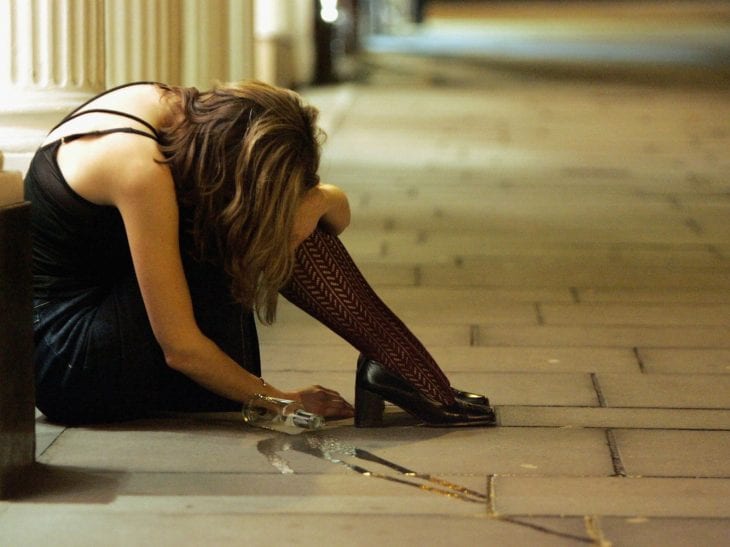 But like a crack addict, once I’d had a taste, I couldn’t stop.

Most of the time, I could kick the habit and date guys who were unattached, but every once in a while, I’d play the role of temptress. Office Supply Closet Carl was an inappropriate choice for a number of reasons. We worked together, he was sort of my superior, and he had a live-in girlfriend. He would tell me how sexy I was and that I was more fun than her. We’d dry hump on the copy machine before lunch so I guess it’s hard to compete with that kind of fun. But at the end of the day, he always went home to his girlfriend and at the end of the day, I felt like a rejected skank.

There was also Questionably Gay Horatio who actually left his girlfriend to be with me. Their relationship had been on-and-off for a while so he assured me that their break up was “inevitable.” After a few weeks of bliss, he confessed to cheating on me with a much older woman and being attracted to men. Yeah, I was confused too. I wonder if that whole scenario was also “inevitable?”

I kept up this pattern until Unhappily Married Peter’s wife called to inform me I was destroying her family. In my defense, I didn’t know Peter was Unhappily Married until he GAVE my phone number to his wife in that hopes that I could explain the situation and convince her that their marriage was over. Peter’sfoolproof plan blew up in his face because by the end of the conversation, his wife and I were in agreement: Peter didn’t deserve either of us. 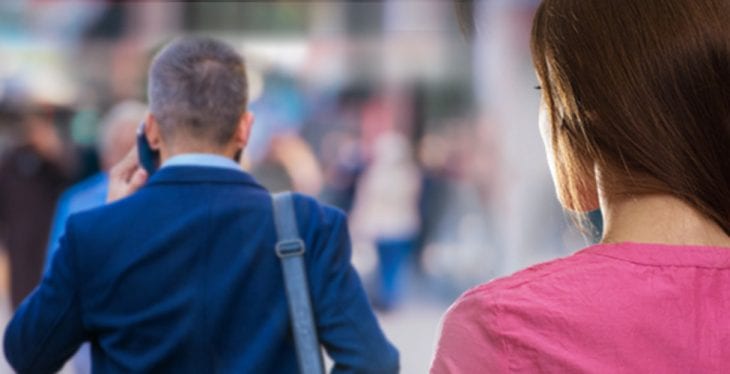 Explaining yourself to your boyfriend’s incensed wife is a pretty extreme wakeup call, but why did it take something that jarring to get me to stop? Because there’s something exciting and empowering about being The Other Woman.

See, the Other Woman wears slinky red dresses and inappropriately high heels. She’s so sexually charged she’s smoldering. She’s forbidden and the secrecy adds a whole layer of intensity to the relationship. Your encounters with her must be quick and undetectable. Your communication must be limited and untraceable. She’s not looking for a commitment or a relationship. She just wants to satisfy your carnal desires and she’ll do things your girlfriend has never even heard of. She’s the ultimate male fantasy.

All that excitement quickly turns into stress. You quickly run out of hole-in-the-wall places where no one will find you. Constantly looking over your shoulder and wondering if his wife is going to interrupt dinner becomes exhausting. And for all you guys out there, if your wife is at all suspicious, she’s looking through E.V.E.R.Y.T.H.I.N.G. It’s easy to forget to delete one or two of your 50,582 sexually explicit text messages. You will also forget to log out of your email on the home computer. You will fall asleep in a near coma and you won’t hear her going through your wallet checking for receipts. She will look through your work phone to see if anything in there isn’t work related. And remember that one time you told her about the Cocker Spaniel “Mindy” you had as a kid, well you just gave her half your password to probably every allegedly secure account you have and she definitely knows your birthday. She’s not dumb. Even the Other Woman knows that, which is precisely why all that initial “excitement” quickly turns into anxiety. And let’s face it, is your life really so boring that you need that kind of drama? 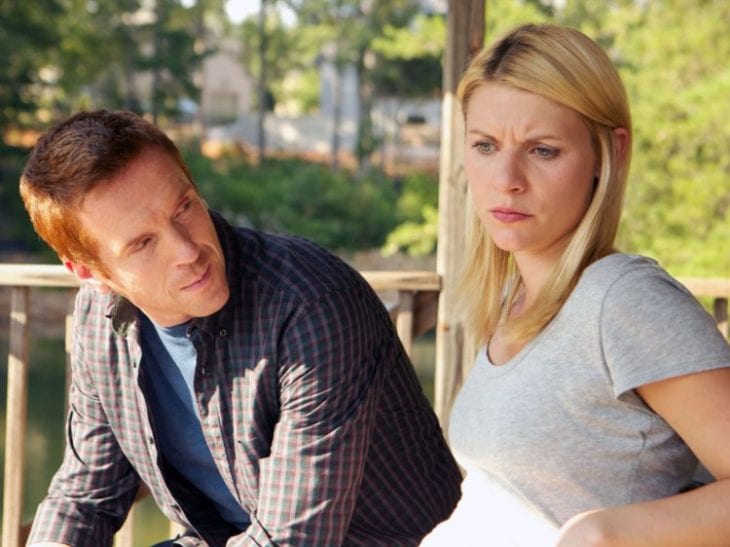 That feeling of empowerment that you get being the Other Woman doesn’t last long either. At first you feel like you’re better than his shrew of a wife. He’s constantly comparing the two of you and you come out ahead. You don’t nag him. You don’t fight with him. You’re probably in better shape because you’re not pregnant, like Unhappily Married Peter’s wife. (Oh, did I forget to mention his wife was pregnant? It’s ok. He did too.) You’re so great that he’s essentially willing to risk his life to sleep with you. You must have one snappin’ gyro, right? Doubt it. He’ll risk it to a point but he’s probably not going to leave her.

Just think about the logistics of physically packing up your stuff and leaving someone. It’s cumbersome and complicated. Remember the time you moved in with your boyfriend after four months and then had to call your parents to help you move all of your stuff out while he was away on business and you ended up living in your old room and sleeping in your old twin size bed with the faulty springs and Rainbow Bright sheets for months until you could figure out what you were doing with your life? What a friggin’ hassle. It’s exponentially worse for someone who’s married or has been living with their girlfriend for years. It’s much easier to stay in a miserable relationship than it is to move out. Remember physics? Of course not. Let me remind you.

Newton’s First Law of Motion states: objects in motion tend to stay in motion; objects will not change speed or direction unless acted upon by force.

Your boyfriend’s marriage has its own momentum. It will take A LOT to make it change course and your poonanie is an ineffective game changer. 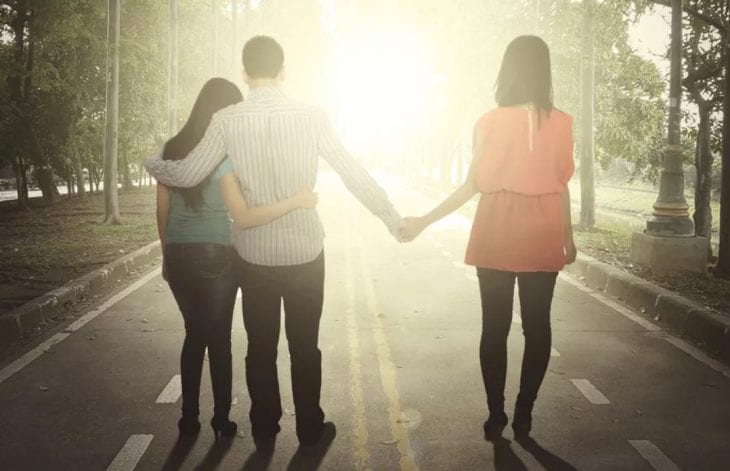 Whether you go by my experience or Newton’s Laws of Physics, the Other Woman is not who you want to be. Her life is so dull and boring that being on the lookout for her boyfriend’s wife is her definition of excitement. She thinks so little of herself that she’s willing to be someone’s second choice. And for you guys out there, she’s more trouble than she’s worth… I mean, can you really consistently remember to go through your inbox, your outbox, AND your automatically saved draft folder? BUSTED!

What are Movie Streaming Services and How to Watch for Free

6 Types Of Guys To Avoid Online