Girl Talk: Our Drinks Were Roofied

“We have a ride to the club tonight,” my friend announced. We left our dormitory and headed into the vehicle of a man my friend met a party.

In the vehicle, a young man that I recognized from a nightclub we frequented was in the driver’s seat. I asked his name because, other than dancing with him a few times, I knew nothing about this guy. As a matter of fact, I had no clue how he knew my friend, since the last few visits he was on my dance card.

“I recognize you,” I had actually said to him before asking his name.

His surprise and hesitation about revealing his name was all it took to make me suspicious. That’s because in addition to being a hypochondriac, I’m a killer-chondriac. As a killer-chondriac, I think everyone is the killer until proven otherwise. But what I realized that night was we don’t think of other ways strangers can do harm. So I dulled the alarm bells.

However, the further we drove, it became clear we were not going in the direction of the club. “I just need to pick something up from my apartment,” he said. 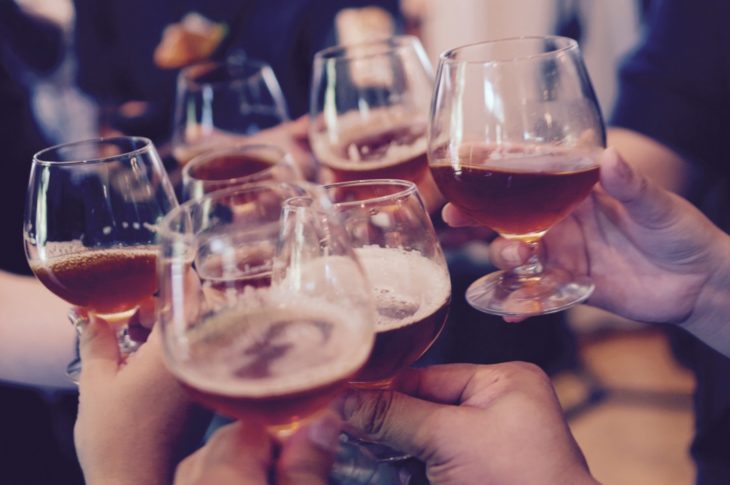 I may have audibly groaned, but I didn’t voice my concerns because none of my friends seemed particularly bothered. When we pulled up to an apartment complex, we were invited inside. At that moment, I did whisper harshly into the ear of the friend that initiated the ride.

“Why do we need to go upstairs? We should catch the train to the party?” But, you see, I was young and sometimes willing to overstep my safety boundaries at the urging of friend. I think they call it ‘peer pressure.’ Sometimes I picked the worst time to ignore my first reaction. Instead, I tried to force myself to be a more “go with the flow” type of person. Short of making a scene and heading back home alone, I felt like things were out of my hands. That’s how it feels sometimes when you’re young and traveling in a group. You’re less of a decision maker and become more of a risk taker because each member of the group has equal say in your activities. I could have ran the opposite way, but I had no desire to be on my own.

That doesn’t mean the alarm bells didn’t start clanging loudly when the young man refused to sign us in at the front desk. Instead, he signed his name and urged us to run. This wasn’t a movie. We weren’t a couple avoiding the security for a night on town. We were three girls in a strange apartment building where no one knew where we were.

We didn’t truly know the name of the driver. We weren’t where we were expected to be. Our names weren’t even penciled in at the security desk, where someone could track us if we were to, say, disappear.

But soon, there we were upstairs. There was an apartment of at least five burly men presumably pre-gaming for the night, or, maybe, for us.

Once inside the doors, our driver invited us to sit down, have a drink, and listen to music, turning the volume up. I refused to sit. I may have uttered, “Make it quick.” 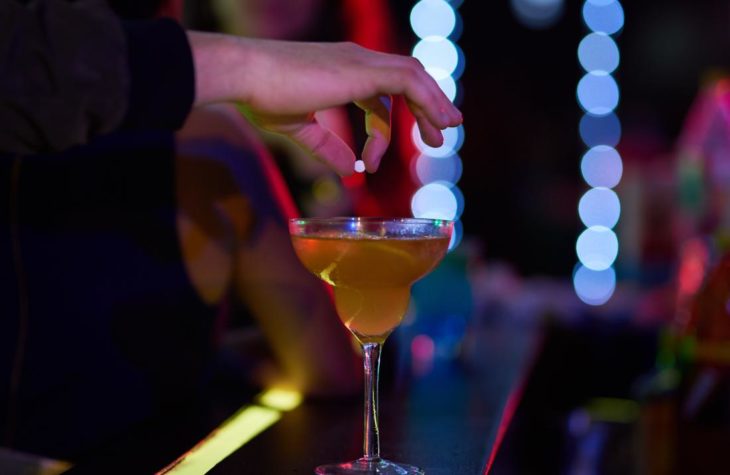 My friends urged me to sit down and relax, but I found a nice standing position near the door. I kept my eye on the surroundings, including the big football-player looking men inside the kitchen mixing drinks.

And that’s when I noticed an addition to the drinks that was not alcohol, water or a mixer. Around me, the music was getting louder, and I was freaking out.

Make a scene. Make a scene, I said in my head. Or, no, get my friends nearest the door before making a scene.

I called my friends over to the door, and told them what I saw. So my friend blatantly asked if they were slipping drugs into our drink.

I can still remember the laughter we received. And I can remember us opening the door and racing towards the exit stairs. There was something that made our escape urgent at that moment. But the stairs were locked and required a key for access.

My friend yelled from our spot near the stairwell door, “Let us out!”

By now, a small group of the guys had come out, and just chuckled. One jiggled the keys.

What did we do? We got out the only way we could: we climbed over the balcony, stepping on a car that was directly below us, and jumped down to the street. 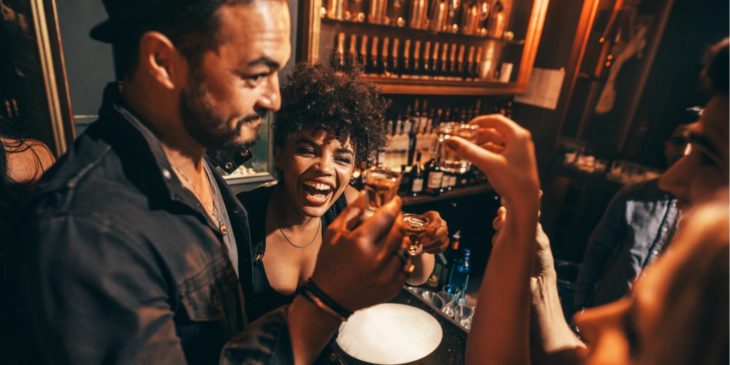 In our club gear, walking down the streets, we spied a cop car and asked him for directions to our destination. Young and stupid, we recognized what happened as wrong. But the legal ramifications of what took place were unrecognizable. We uncomfortably laughed it off during our ride in the back of a police car out of what the officer called “the worst neighborhood in D.C.”

In hindsight, I realized that whole night had been planned — we’d been offered a ride, brought to the apartment, and given drinks for a reason.  But in the decade since, I’ve often wondered how believable would our stories be? At a time when phrases like “rape-rape” and “honest rape” are being thrown around, would we have been blamed for anything bad that happened to us?  How we ended up in the situation is inconsequential. Yet I grew up at a time when Mike Tyson was considered innocent of rape because, you know, she should have never went into his hotel room. She knew what he wanted.

Statistics say one in five women will experience attempted rape or rape in their lifetime. The stats that say, as a black woman, you’re more likely to be raped. And, if you’re a Native American, you’re most likely to be raped.We chalked up the evening’s events to “shit happens.” But, that type of shit should not happen. This is not a “how to avoid rape story.” We were the lucky ones. If we had drank those drinks, how different would this story be? This is Ebony writer Zerlina Maxwell’s point: tell men to stop raping and to stop attempting rape.

Years later, my friend mentioned seeing the driver on our college campus. She said he apologized. I sometimes worry about the other freshman women that made the mistake of traveling with these fellas. I wondered how many times their actions were premeditated. Had their evening turned out more tragic?