At the end of last year, I was in Los Angeles for a TV appearance that required me to be dressed up and in full makeup. That ended in the early afternoon, and I walked around downtown all glammed up, excited to have the rest of the day free. A guy complimented me, and I started talking, then flirting with him. He was cute and seemed smart, and I felt like I was already very far from my daily New York life, so I flirted back. And because it was 2010, that flirting soon took to our phones as we traded numbers, and then I started following him on Twitter, and he did the same to me. 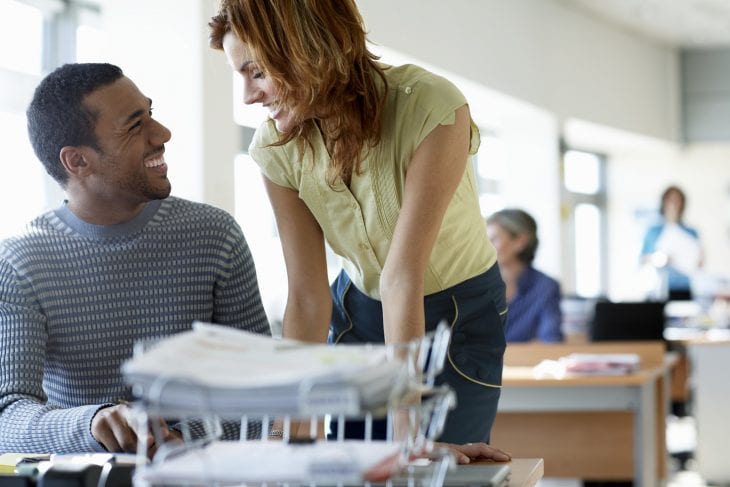 He came with a pedigree, and to me that pedigree said that he wasn’t the type just looking for a quick roll in the hay. It wasn’t like he was on “Jersey Shore” or “The Real World” or something. He was a professional. I rarely give out my number, because there is so much potential for that to go awry, but in this case I did. Why? I’d like to tell you it was because I was genuinely into this guy and not because I found out he had been on “Top Chef” … but that would be a lie. I looked him up and was impressed with his website and online presence. To me, his professional success told me he was smart, savvy and “a good guy.” In my head, I thought I could learn all that from a few minutes of online browsing. I immediately imbued him with all the good qualities I wanted in a date, and even though it seemed a little crazy, I agreed to have dinner with him.

We made a date for later that evening, and before it had even started, he was sending me dirty texts, telling me how much he liked my lips. I usually stay with my family in LA, but this time I’d splurged on a hotel room, and was excited to go on a real date. He told me he’d already eaten, so I got some whole wheat pasta and veggies from room service and waited for him to arrive.

When he did, he was in his truck, wearing a sweatshirt and jeans. I’m not high-maintenance, so that was no big deal, but we weren’t alone — he’d brought his assistant on our date. Okay, fine; her birthday was coming up and he wanted to celebrate with her. I could understand that, and figured we’d have dinner with her and then make our way out ourselves, even though I was a little annoyed since I’d already eaten, as per our earlier conversation.

Yes, to someone else, red flags should’ve been popping up all over, but I was still hopeful. He was cute and I thought we had things in common and, again, how could someone who’s been on reality TV be all that bad?

He came with a pedigree, and to me that pedigree said that he wasn’t the type just looking for a quick roll in the hay. It wasn’t like he was on “Jersey Shore” or “The Real World” or something. He was a professional.

When we got to the restaurant, the assistant sat on one side of me and he sat on the other. He proceeded to whisper in my ear and tried to make out with me. “What about your assistant?” I kept asking.

She didn’t, but I did. I wish that was the end of the story, but it’s not. I tried to dodge his kisses while the assistant chatted with the guys next to us. They encouraged me to try the rock shrimp, which was delicious — though it would’ve been better had I not already eaten dinner. 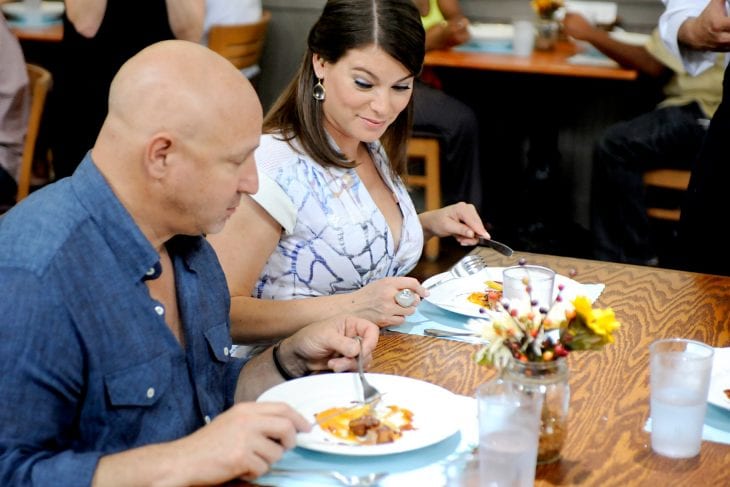 Though I was beginning to realize he was not the love of my life, I was still somewhat intrigued. We all wound up going back to my hotel room. Yes, all three of us. Meanwhile, I was texting my ex-boyfriend, who was encouraging me to live it up, lamenting his own lack of youthful debauchery. “Trust me, I’ve been there, done that,” I texted back. “I’d really rather be with you.”

As much as I crave alone time, I think part of me, after already anticipating the lure of a date in a new city, wanted things to work out. I wanted not so much sex, but companionship; maybe once we got rid of the assistant, something would spark between us. But no sooner had we entered my room than his assistant went to sit in a chair in the corner while he took his clothes off. “I’m going to take a shower; want to join me?” he asked, making himself at home.

I still couldn’t quite believe he was so blasé about having his assistant right there. Were they together? Was he trying to engineer a threesome? I declined, and got into my bed. It was so surreal, we could’ve been on a sitcom. He emerged naked, while I was still in my dress and jacket. He joined me in bed and we made out, but I couldn’t shake the eeriness of having the assistant around. When I refused to take off my dress and told him I felt weird about having his assistant in the room, he offered to have her wait at the bar until we were done.

“Just pretend I’m a fly on the wall,” she piped up. I felt like I was in a movie. Who says that? 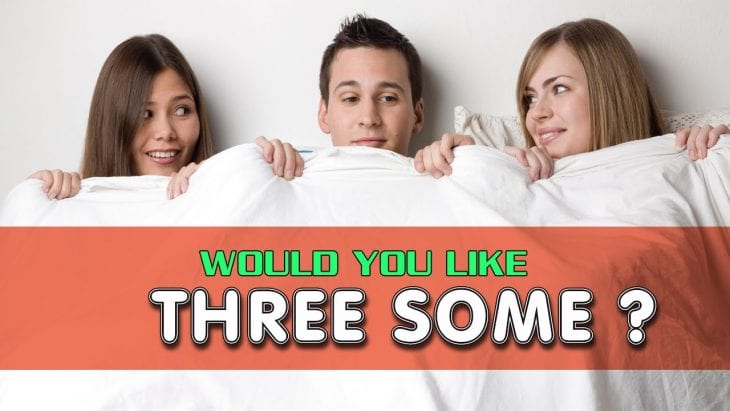 He texted me the next morning at 7:30 — in the morning. “Do you like threesomes?” he asked. I wanted to write back, “Who are you?” Either he’d been up all night or he woke up and thought it would be a good time to ask me that question, and then proceed to tell me all the things he was into. I was not amused. I did, at least, learn a very valuable lesson, one I will keep in mind as I head to L.A. again this week — just because someone has been on TV, or looks good on (virtual) paper, doesn’t mean they are. This time I’m keeping my hotel room all to myself.