Enough mystery. When Jessica’s article about the time her husband spent unemployed went live, I told her about my experiences on both sides of the unemployment-in-a-relationship fence. I spent three years with an unemployed (former) spouse, and then became unemployed myself last year, during the course of the relationship I’m in with my boyfriend now. Jessica recounted beautifully the anxiety of watching a partner she loves undergoing the stress of unemployment and job-searching.

I can’t promise beauty in this story: My former spouse spent one of seven years gainfully employed in a tax-paying job. He lost it legitimately, of his own actions, but was able to get unemployment insurance on a technicality. At the time, I was glad for the two-hundred-and-some dollars coming in every two weeks, and willing to overlook some irresponsibility on his part, even though it automatically made my financial responsibility in our relationship twice as large. 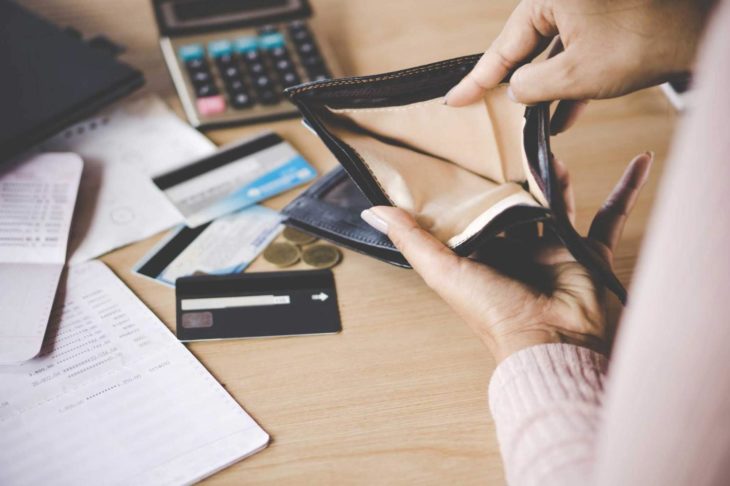 What happened next was what was absurd: He started a music production company instead of looking for jobs and lied on the job search forms he turned in to IDES. I was forced to support him, and invest money into it, because on my paycheck alone we would never be able to keep our apartment or keep the bills paid. When that fizzled out in the winter (he did some production but mostly banked on booking, and booking is tough when it’s cold), he went about a few months without anything but unemployment income — and then he discovered that he could buy counterfeit sports apparel from Chinese factories and sell them on eBay at a hefty profit.

This is why I can’t write beautifully about this. Because I was working myself to the bone to pick up the slack, and I care a lot — my therapist tells me too much — about how productive I am, professionally, and he just didn’t. From three years away, it looks to me like a weird sort of financial domination, except that instead of me willingly paying him the extra money I had in order to get my jollies I was scrambling just to keep our life from sinking while he got to relax at home (that is not an exaggeration — I even ran his packages to and from the post office for him). This was, ultimately, the straw that broke the camel’s back in terms of my tolerance of our toxic relationship in general: He felt entitled to my hard work, and I no longer felt he was entitled to my hard work. All of his other complete BS from which he had very successfully diverted my attention and energy revealed itself to me once I got some distance.

Unemployment, though, is one of the few subjects on which I can relate to my ex these days. Last year I had to leave a job under strenuous circumstances and the state characterized it as a forced resignation, qualifying me for unemployment benefits. For someone who was so used to working all the time, the sudden amount of free time I had was emotionally overwhelming. I created opportunities for myself, though: I started photographing protests and got my pictures published; I had a short-lived job at a bakery that didn’t end up paying me; I was invited to a graduate nonfiction workshop by a former professor. I did anything I could to take up the time I had, but without a job it was never enough, and the days that I spent binge-watching Breaking Bad made me feel embarrassed for myself. 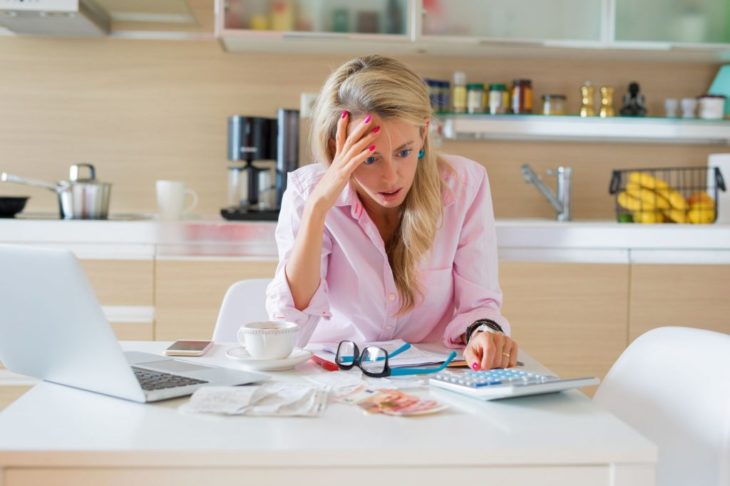 It sucks to draw benefits from the state (before retirement, anyway). Free money — or what feels like it — isn’t rewarding. And at the same time that I was unemployed, my boyfriend not only had a job, but in the four-month span that I was unemployed, he got a better-paying job than I’ve ever had in my life. Meanwhile I was falling behind on rent and bumming money from him and my mom.

I had some days when I felt like despite the differences in circumstance, and despite my deep and boundless resentment for my ex and his foolishness, I could actually feel some sympathy for him. No, he wasn’t adequately looking for gainful and legal employment, which was irresponsible, but I can at least give him a kernel of respect for hustling. He hustled because somewhere in the midst of being viably lazy, he also hated the feeling of being viewed as doing absolutely nothing with his life, which is at the heart of the profound humiliation I felt while I was jobless. And “humiliation” is the right word: I gained an awful lot of humility.

I hustle now, too – the difference is that I give my employers W-9’s and pay quarterly taxes. It’s taken a long time for me to feel like the professional balance has been restored to my life and my relationship, and in the meantime I’m glad I got a chance at a different perspective on my past.

Going on a Hot Date With Mature Woman – What to Know

Travel To-Do List: 7 Trips Every Woman Should Take In Her Lifetime

How to Build a Sales Growth Strategy That...