Gucci Mane Is Out Of Prison, Just Released A New Song, And The World Is A Beautiful Place Again

The sun is shining, the weekend of beautiful debauchery is starting and we are now gifted with a new track from Gucci Mane. This truly marks one of those rare life-moments where we are showered in blessings, especially considering the fact that Gucci Mane just got released from prison yesterday.

A truly generous woman of the people, Gucci’s long-time girlfriend, makeup artist Keyshia Kaior, released a series of Snapchats last night revealing his release to the eager world of fans and onlookers. His original arrest was in September 2013 after he was caught with possession of multiple firearms and “displayed the loaded firearm, acted erratically, and made threats to individuals, including police and his attorney” which spurred him to plead guilty and receive a sentence of 39 months. Although it’s not confirmed, sources say he will be on house arrest for a time following his immediate release. 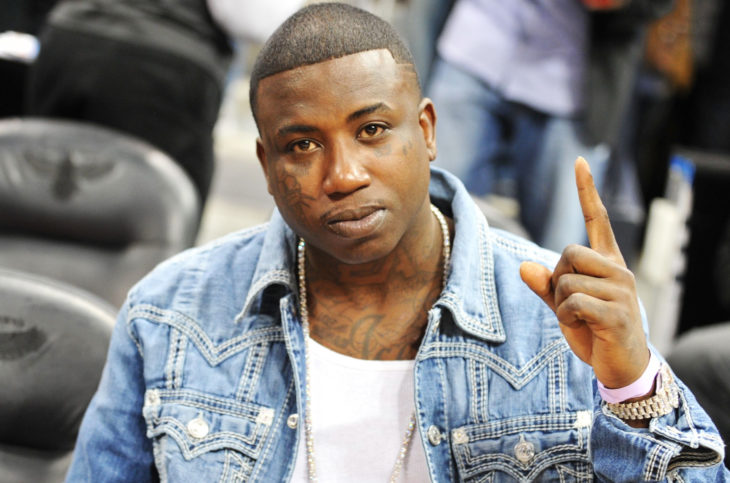 This, of course, won’t stop Gucci from living it up and celebrating the fuck out of his freedom. He has already been documented enjoying his new Maybach surrounded by balloons, and naturally released his new bars appropriately titled “First Day Out Tha Feds.”

If anyone knows how to make a prison homecoming look as exciting and lighthearted as a homecoming dance, it’s Gucci Mane and his crew of loved ones.

As you can see from the comment sections on any of the posts made about his return, the world has been eagerly waiting for the trap king to return to the outside world and bless us once more with his music. Luckily, all trials come to an end (literally and metaphorically), and we now have many more Gucci tracks to look forward to, as well as more stories that hopefully won’t lock him up.

For now, he seems content soaking in the love with his plaques and his Maybach.

Hopefully, “First Day Out That Feds” is the single that will precede a full album now that he’s out. We need something to sustain us as we dive into summer and it’s already been too long since the 2015 release of King Gucci.

Thank you for all your blessings, Gucci. Thank you for this new song and all the new songs you will release in coming months. For now though, feel free to rest and bask in your freedom, you deserve it.

How Prisons in the US are Combating Racism...