All You Need to Know About Hair Transplanting?

Hair transplants received an unusual spike in popularity in recent times. It became a desire not only for those whose hairline was taken by father time but also for those who want to change their existing ones. If this idea has crossed your mind, you probably wondered about the safety and the success of this process. In this article, we are going to tell you all you need to know about hair transplanting. We will start, as you are accustomed to, with basics.

What is Hair Transplant?

Hair transplant is a surgical procedure that revolves around seeding the hair follicles from the parts of your body rich in them, to those that lost them with time. In recent times this technique evolved, and the results you have today are permanent. For those not familiar with the entire process, it is called Follicular Hair Transplantation. There are two ways it can be done. The first one is called strip harvesting, while the second one goes by the name follicular unit extraction.

According to wimpoleclinic.com, Follicular Unit Extraction (FUE)is a process that can be done all at once or gradually. It is best to do parts of your recessed hairline one at a time, 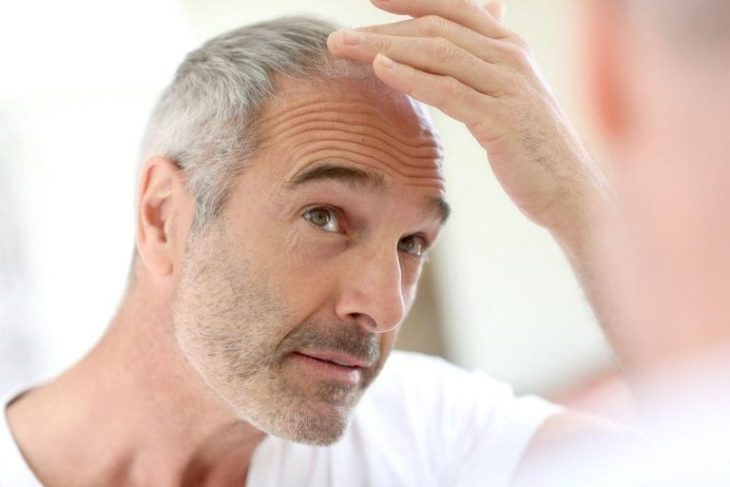 This method is based on putting the skin strips rich in the hair on the areas that have gone bold, and by manually inserting roots of fair hair on the sites of your body not covered by it. Strip harvesting is a more popular option among surgeons who are skilled in this procedure. After the operation is done, you’ll be left with small scars that usually go away in two weeks.

This is a process that can be done all at once or gradually. It is best to do parts of your recessed hairline one at the time, which is slower, but in return, it gives excellent results. Also, you’ll have no marks whatsoever. The downside is that it is expensive, and both patients and doctors need to dedicate a lot of their time to the entire process. But, as we said, this whole procedure evolved in recent times, and today, thanks to the advancement of robotics, its length was shortened. 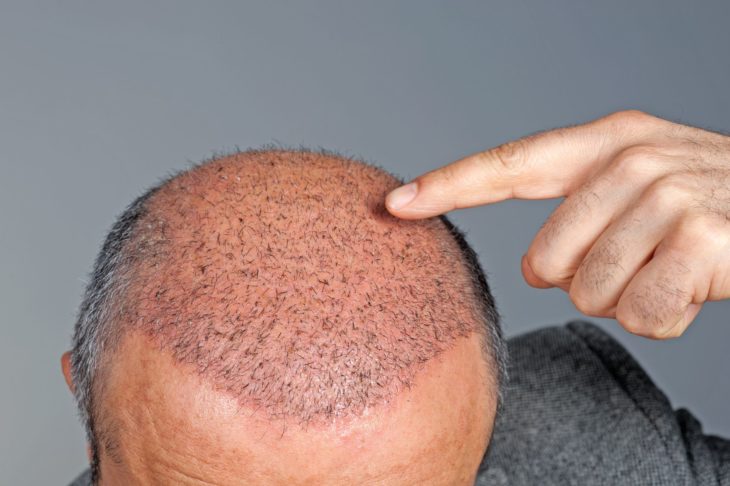 Preparation for the Hair Transplant

The first and probably most crucial step of hair transplant is to remove the hair follicles from the parts of your body rich in them, and relocating them to the areas gone bold. In moments that precede the surgery, the site where the new hair is going to be transplanted is trimmed down. When the hair from this area is trimmed down, it is time for the reception of local anesthesia, and the process can begin.

The tissue in the Donor Area Removed

After what we wrote above, the donor area gets its tissue removed, and the hair follicles are taken out, and consequentially the entire site is surgically sutured. These sutures are not visible after the procedure because the rest of the patients’ hair is combed over them. Once the ten-day mark from the surgery pasts, the sutures are removed. The next step is performed by technicians who examine your tissue under a microscope, which gets dissected in the process due to preparation for follicular unit insertion. 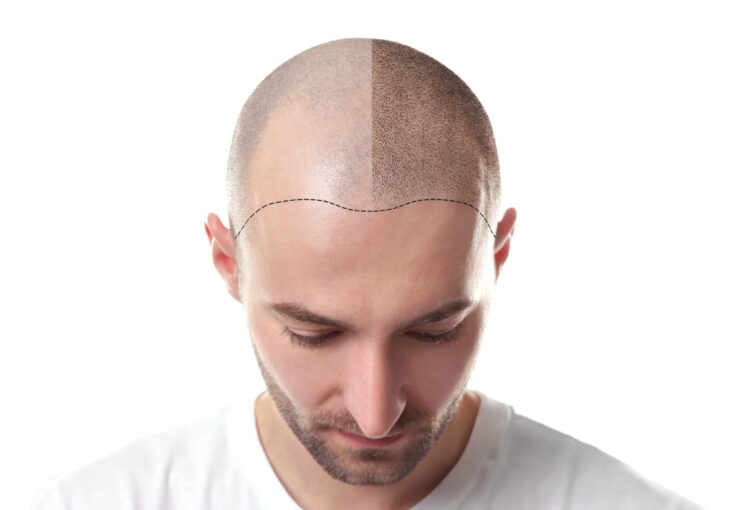 The Bald Area is Prepared

The process can start immediately after the local anesthesia is given, and it starts working on the patient. Once we’re at the start, the need for trimming the area where the new hair is going is not needed. The recipient area is then covered with a pattern of irregular incisions that create space for follicles. This is where the planting can start with the focus of slimmer strands being in the rear are while thicker go upfront.

As we said, the smallest of follicles are intended for the front end of the bald area while the other ones go at the back. Once the transplantation is over, the area where the incisions were made is going to be covered in small follicles visible to the eye. Now, the incisions do not need to scare you as they would heal in no time, usually after seven to ten days. 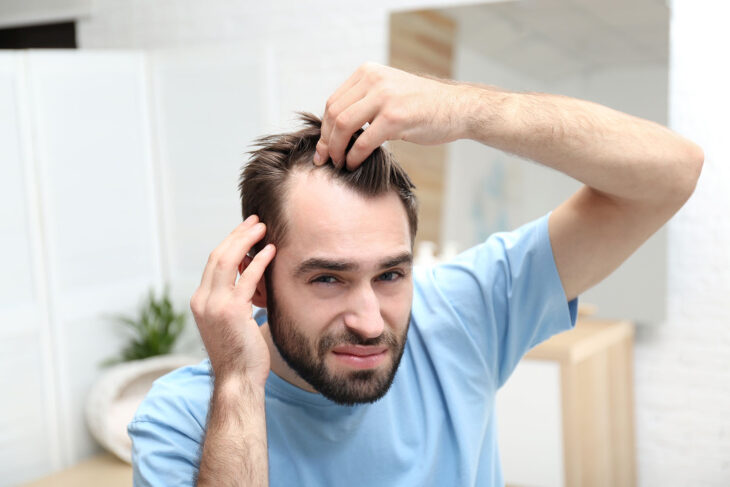 Despite being done through incisions, this surgery is not considered an invasive one. The patients who undergo this process can shampoo their hair in a matter of a couple of days. Usually, it shouldn’t be less than two to three days. What you need to look after is that your scalp doesn’t get exposed to infections or sunbeams in the first few days after the hair transplant. This is the primary reason why patients are suggested to take antibiotics in the early days after the procedure as a measure of precaution.

Once the operation is over, your new hair is going to start acting naturally in only a matter of a couple of weeks. The new routs are going to remain in place for the rest of your life, and your hair would grow naturally as ever. The entire process is virtually painless as the local anesthesia removes any possible pay, and you are released for home treatment right after the surgery. All of this makes the hair transplant different, and we dare say better than any other nonsurgical hair restoration. But, you must not expect wonders. This process would restore your hairline, but it won’t make your hair richer than it used to be. The results are actually different, and it all depends on the patient in question. Some patients are going to have more quality to their hair than others, and thus they have better chances of having a perfect hairline restored. 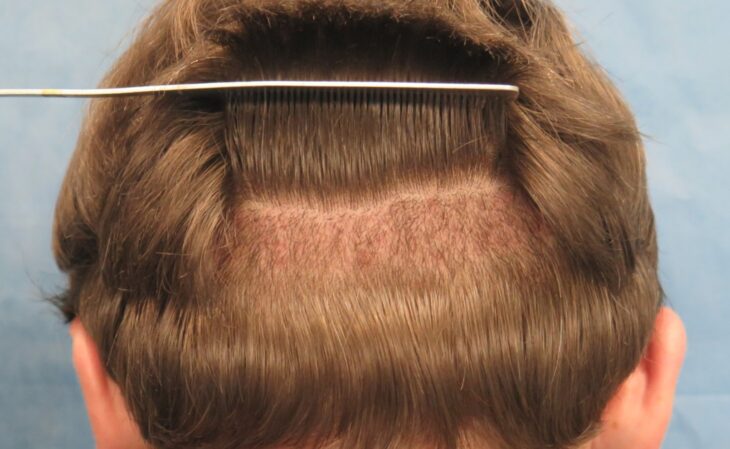 Furthermore, you need to know that not all cases of baldness can be handled through hair transplants. Also, the price is dependent on the number of follicles that are going to be transplanted. With all of this said, we believe that everything about hair transplant was said, but if we missed something, be free to check other sources and professionals such as people from Smile Hair Clinic, who probably can dig deeper into the subject. With everything said, if your head is going bald, this is a phenomenal option you have at your disposal.

8 Questions to Ask Before You Buy an Above Ground Pool

How to Plan a Perfect Fishing Trip

How To Wear A Lace Front Wig Without...