Here are some of the craziest weapons from Destiny 2

Destiny 2 is an online video game that was released in 2017 for PlayStation 4, Xbox, and Microsoft Windows and at the beginning of 2019, it was published by Activision as a sequel to 2014 original game, Destiny. Many fans will agree with us when we say that the best part of the game is collecting unique weapons. In this article, we are going to tell you which of them are fan-favorite.

Rat King is definitely one of the best that has been introduced in this game. However, obtaining this exotic weapon is not that easy. Its main features are stability and quick-firing rate. Also, when you hit the reload button, you will become invisible, which is a great thing if you are surrounded by numerous enemies. The best part is that your team will become stronger if there are more people with this weapon in their hand. In order to unlock it, you need a friend who is on the quest with your or who has already obtained it. The quest will be available to you once you complete the Quest Line on Titan and there are numerous riddles you have to solve on the way. 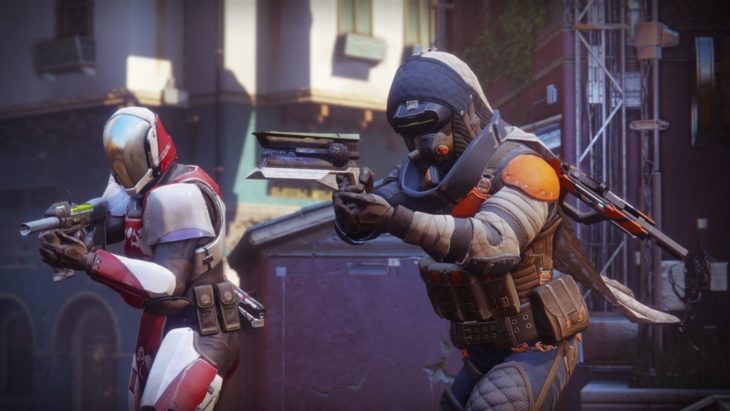 MIDA Multi-Toolis designed for quick actions and it has two major benefits. Firstly, its radar will stay active at all time, allowing you to see enemies that are approaching you from every direction. Secondly, when equipped, it increases your movement speed and it also reloads really fast. You can get this weapon upon completing the quest you choose on Earth’s EDZ. You can pick this quest upon completing the series of Quest missions that will unlock after you finish the main story campaign.

The greatest benefit of Vigilance Wing gun is that it reloads your health if a team member gets killed. It also increases your movement speed which is great when you go to revive your friends. Last Stand perk allows you to get raised weapon performance if all your mates get killed. Due to its features, this gun should be used when you are with your entire time.

Crimson hand canon is a great weapon for both in and out of the Crucible. It comes with many beneficial features and it is perfect for long, extended battles. You can get it as a Powerful Milestone reward or find it in an Exotic engram. If you add the Warmind expansion to the original game, you will unlock the Masterwork version of this weapon. 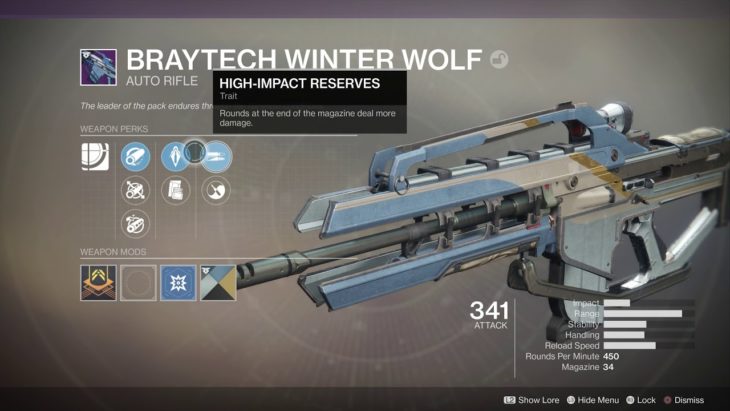 Another gun that comes in Warmind expansion is the Braytech Winter Wolf. It is a long-range auto rifle that is very stable and extremely easy to manage. Its main feature is the frame that allows you to easily kill your enemy without any struggle. Additional perks such as Armor Piercing Rounds and High-Impact Reserves make it a great weapon against shields, and it is also very effective and a great as a primary gun. Upon collecting Resonant Stems, you will be able to access Hellas Basin, and after unlocking encrypted nodes, you will have the opportunity to get this weapon.

To sum up, we have only mentioned five different weapons, but you will find others such as Sweet Business and Origin Story auto rifles, Sturm hand canon, Mob Justice, and many more.

What Does DBS Do?

Finding a perfect drone for a beginner