Differently from other royal couples, Prince Harry and Meghan Markle had their first photo shoot with their firstborn baby in St. George’s Hall at Windsor Castle and not in front of a hospital. St. George’s Hall is where the two had their wedding reception last year in May of 2018. This venue definitely has a lot of meaning for the couple so that was why this was their choice of where they wanted to show their baby for the first time. Cuteness definitely runs in the family—look at these sweet royal baby photos throughout history.

What Meghan Markle wore for the occasion 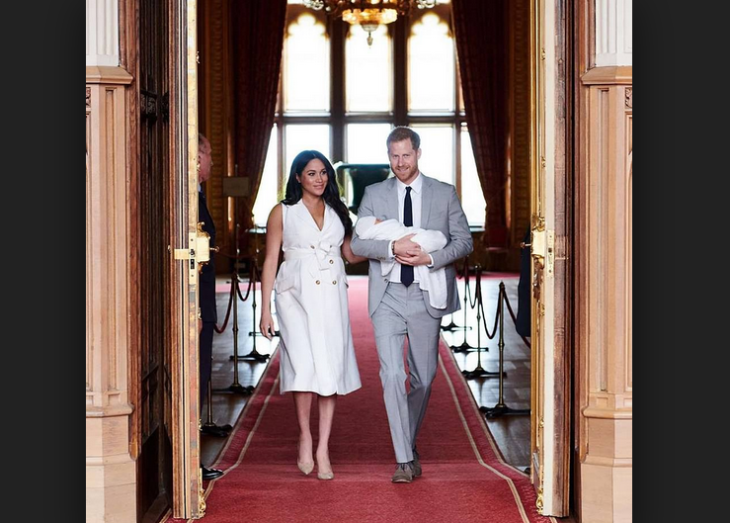 The first time mom showed up in a white trench dress with buttons and a tie around the waist designed by Grace Wales Bonner. If you seem to remember this outfit from the past, you’re not wrong. At the time when Meghan and Harry announced their engagement, she was wearing a white trench coat with a tie around the waist, similar to this one. It seems like the Duchess of Sussex really likes this style when it’s time to make a big announcement.

What little Archie wore for the occasion

Baby Archie was wrapped up very tightly in Prince Harry’s arms so it was hard to get a clear image of what he was wearing. He was swaddled in a G.H. Hurt & Sons Ivory White Leaves and Flowers shawl, a tradition that has been in the royal family for about 70 years. The Queen allegedly wrapped Prince Charles in a blanket from the same fashion company when she presented him to the world in 1948. Prince Harry and Prince William were also wrapped in G.H. Hurt & Sons blankets after they were born and were leaving the hospital, and so did Prince George, Princess Charlotte, and Prince Louis. But, there is one thing that is different and that is Archie’s title—this is why baby Archie won’t have the tittle of a prince.

There was a mistake in the royal baby announcement 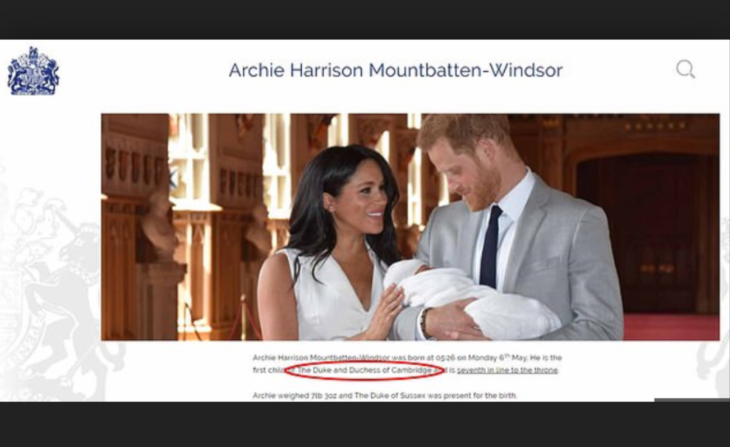 Shortly after the public learned that baby Sussex’s name was Archie Harrison Mountbatten-Windsor, his internet page on the royal family’s official website was updated. It has since then been changed, but the second sentence first read, “He is the first child of The Duke and Duchess of Cambridge and is seventh in line to the throne.” Not quite right! They meant to say Duke and Duchess of Sussex.

The shot of Meghan Markle and Prince Harry Exit

If you’ve been a loyal fan of Prince Harry and Meghan Markle since the time they just first started dating, you know that photographers take a similar looking photo every time they are leaving places. They were first seen leaving with their arms around each other after they announced their engagement, then at their wedding reception (they used that beautiful shot for their Christmas card), and now again after they introduced baby Archie to the public.

They paid tribute to Princess Diana 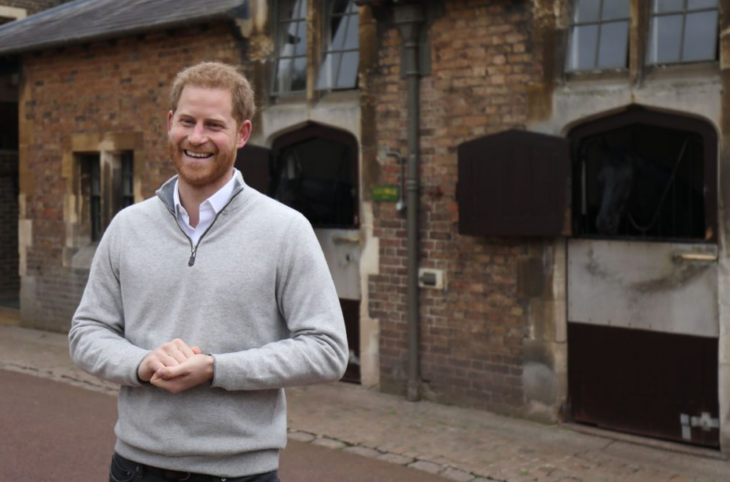 Immediately after Archie was born, Buckingham Palace put out an announcement detailing some information about his birth. There were a couple of congratulations from family members on the announcement, and three names were listed there you don’t see very often: Lady Jane Fellowes, Lady Sarah McCorquodale, and Earl Spencer—Princess Diana’s siblings, a really nice way to include Prince Harry’s mother on their important day. Prince Harry and Meghan have been known to pay tribute or send hidden messages in the past.

Looking for a wedding photographer in Riviera Maya in Mexico