Can you imagine a quarter of the world’s population turning their TV sets to the same program and watching it at the same time? Without a doubt that is a massive achievement and anyone that arranges such an event will be pretty impressed, they have managed to pull off such an accolade. Betway Insider recently looked into 10 events that stopped the world and even when 25% of the world all tuned in to watch the same event – here is a handful of them.

1. The Rumble in the Jungle 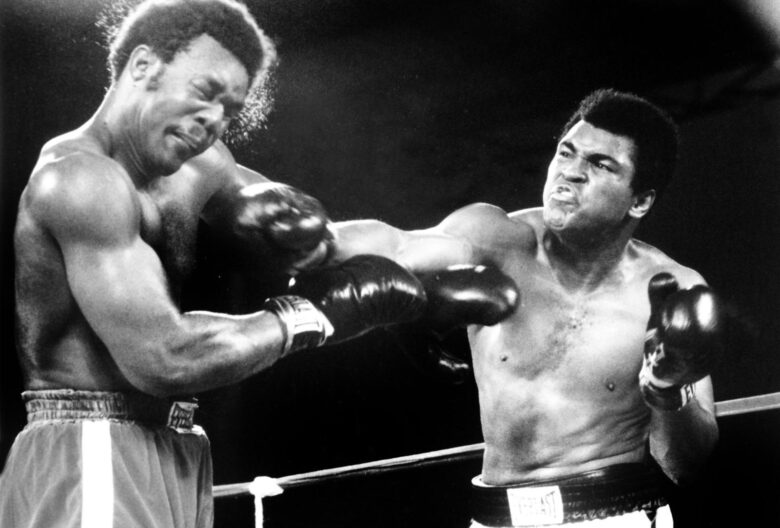 As you may imagine, there have been some pretty popular sporting events in the past and these have captured audiences from all over the world. What you might be surprised to learn is that one of the most popular sporting events of all time is a boxing match. Back on October 30, 1974, 1 billion people turned their TV sets on to watch George Foreman and Mohammed Ali, both Olympic gold medal winners for the Unite States of America, battle it out in the ring as 32-year-old Ali was fighting to become the heavyweight champion of the world for the second time.

Even to this day, people consider it one of the greatest sporting events of the 20th century with people impressed that Ali was able to beat previously unbeaten Foreman in the eighth round in front of 60,000 spectators in Kinshasa, Zaire, now the Democratic Republic of the Congo. The event itself grossed an estimated $100m and 25% of the world’s population tuned in to watch it happen.

At the time Mohammed Ali said: “I wanted to establish a relationship between American blacks and Africans” adding the “the fight was about racial problems, Vietnam. All of that.” He concluded that: “The Rumble in the Jungle was a fight that made the whole country more conscious.”

The event was organized by promoter Don King who managed to convince the Zaire dictator, Mobutu Sese Seko, to sponsor the fight as a showcase for his African nation. The fight had to be adapted to the American audiences with an unusual start time of 4am in Kinshasa to coincide with the general US prime time viewing time.

2. Prince Harry and Meghan Get Hitched Royal events have always gathered the attention of large audiences, so when one of the world’s most loved Royals Prince Harry and Meghan got married it was obvious that plenty of people would have watched to watch. In fact, nearly 30 million people from the US alone tuned in to watch the wedding ceremony take place from St. George’s Chapel in Windsor Castle on 19 May, 2018. By Royal standards, the ceremony itself was a quiet affair with 600 people in attendance, but that doesn’t mean that it didn’t attract audiences elsewhere. In fact, 1.9 billion people from across the world turned on their television sets to watch the two of them tie the knot. That’s a pretty impressive number in itself, but it also equates to 25% of the global population – incredible!

It was about three years later that Meghan confessed to Oprah Winfrey in a televised interview that three days before their wedding they were actually married by Archbishop of Canterbury Justin Welby. Meghan recalls “we called the archbishop and we just said, look, this thing, this spectacle is for the world, but we want our union between us,” she continues “so the vows that we have framed in our room are just the two of us in our backyard with the Archbishop of Canterbury”. In fact, this turned out to be an exchange of vows rather than an official wedding. The Archbishop of Canterbury later also commented on the claim, saying “the legal wedding was on Saturday (19 May). I signed the wedding certificate, which is a legal document, and I would have committed a serious criminal offence if I signed it knowing it was false”.

Her Majesty The Queen released a statement on the day of the wedding about their new titles: “The Queen has today been pleased to confer a Dukedom on Prince Henry of Wales.  His titles will be Duke of Sussex, Earl of Dumbarton and Baron Kilkeel. Prince Harry thus becomes His Royal Highness The Duke of Sussex, and Ms. Meghan Markle on marriage will become Her Royal Highness The Duchess of Sussex.”

The overall cost of the weeding amounted to around £32 million. After some diligent calculation it turns out that that the wedding generated over £1 billion to the British economy, with many tourists also buying the quintessential Royal wedding merchandise and souvenirs as well as spending £300 million on travel plans around the wedding date. 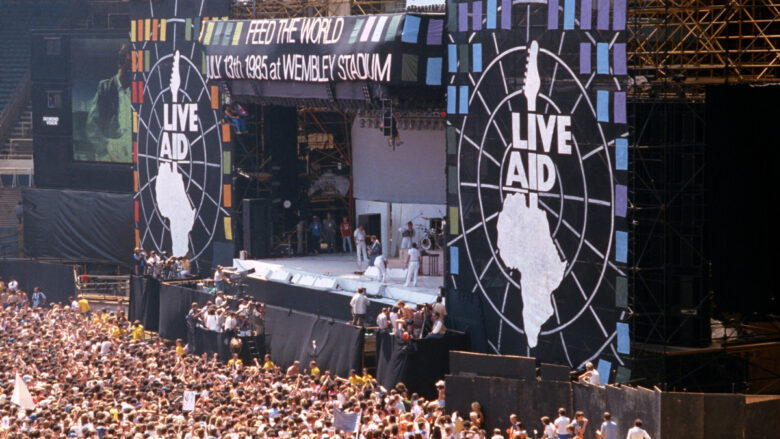 Music events will always feature highly on events that people tune in to watch and Live Aid is certainly one of those. In fact, the Live 8 that took place 20 years later attracted a large TV audience too. Back in 1975, it is thought that at the time 39% of the world’s population tuned their TV sets to watch the Live Aid concert take place – the equivalent of 1.9 billion people. Live 8 20 years later may have attracted 2 billion people watching from home which is equivalent to 31% of the world’s population. Both events had big-name headliners and were for a fantastic cause, so it is no wonder that over 30% of the world watched to tune in to watch the concerts happen and feel that they were a part of the event too; both of which raised large amounts of money for the causes they represented.

One of the organisers of the event at the Wembley Stadium concert in London was Harvey Goldsmith, who together with Bill Graham, who was in charge of the American event which was held at the same time at the John F. Kennedy Stadium (JFK) in Philadelphia, the United States of America. Speaking at the time of the event, Goldsmith said, “I didn’t really get a chance to say no. Bob (Geldof) arrived in my office and basically said, ‘We’re doing this.’ It started from there.”

Another astonishing fact to remember from the event was that British musician, Phil Collins, actually performed at both Wembley Stadium and JFK. He did so after he performed in London by hopping on British Airways Concorde flight to New York City, before taking another helicopter to Philadelphia.

How to Choose a Perfect Sex Toy for Your Girlfriend