The internet’s been ablaze for almost a week since Amy Schumer thought it was a good idea to “get in formation” while simultaneously demonstrating an almost-endearing lack of understanding about what that means, or what the song means, or what life is. Schumer, alongside pals like Goldie Hawn, Joan Cusack, and Wanda Sykes, lip-synced to Beyoncé’s black feminist anthem in a Tidal exclusive released Sunday. A few days later, she released a Medium post defending it. 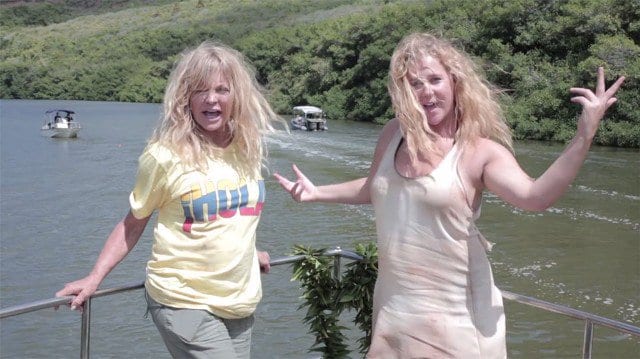 Yea, it’s all as bad as it sounds.

Before we get to the backlash and Schumer’s response, let’s recap all the NOPES behind this video and why it merits to be included In This Week’s Clueless White People.

Schumer co-opted art that wasn’t made for her

After the video’s release, many black women expressed their frustrations and exhaustion over a white woman repackaging a black woman’s art for herself. Comedian Loni Love tearfully explained the video’s backlash on The Real Wednesday, “A lot of black women feel they have been put to the bottom. That they’ve been brushed aside and then Beyoncé came out [with Lemonade] and gave them some power… I don’t think Beyoncé realized the power that she gave to a group of women. I know some people are saying ‘Oh, everybody lighten up.’ You don’t understand. We have some issues in this country. We need to get through these issues. And you’ve got to respect their point of view. I’m crying because I can feel their pain.”

As if the premise alone wasn’t enough, the video itself wasn’t even funny or entertaining

I get there is a market for seeing celebrities lip sync to music, which…whatever, to each their own, but this video felt more like a needless recording of friends pre-gaming to Beyoncé before a girls night out. While I don’t think every piece of entertainment needs to have some deep philosophical message behind it, I do think it should at minimum be racially sensitive when the very subject matter at hand is racial in nature.

She’s puckering her lips when Beyoncé sings, “I like my negro nose with Jackson Five nostrils.” Newp. 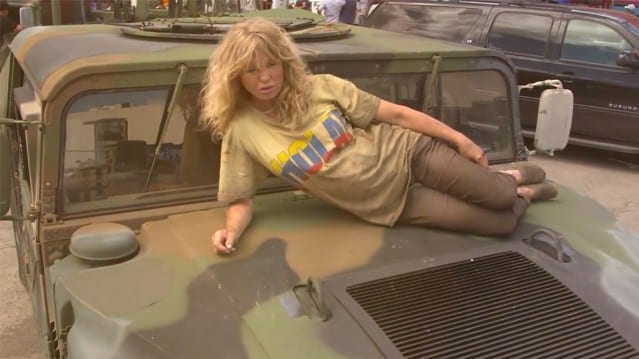 They co-opted a black woman’s art about self-love and sexual freedom on a colonized island, which is too rich for words

While the “Formation” video was created in Hawaii, because Schumer and Hawn were in the middle of filming their new movie set in Puerto Rico, (according to IMDB), the set from the video is most likely the colonized Carribean island. It explains the Spanish signage seen throughout the video and Hawn’s cringe-inducing “¡HOLA!” shirt which is Spanish for hello.

A chihuahua is featured in the video set in Puerto Rico

Chihuahuas are not associated with Puerto Rico. They are associated with Mexico. Perhaps the chihuahua is totally random and not used in the film, and may seem insignificant, but if the dog is in the film, it indicates that the movie might be a steaming garbage pile of cultural ignorance and insensitivity. And judging from Schumer’s track record…

As expected, Schumer did not respond well to the video’s backlash. A few days after the release of the video, the comedian posted a very passive aggressive response using “Formation” lyrics on Instagram.

On Thursday night, she doubled down and wrote an entire blog post on Medium defending herself. Which, if she went as far as to create an account on Medium just to write the post, then something about the criticism must have struck a chord with her. Unfortunately, she didn’t even bother to entertain the idea that maybe she shouldn’t have made the video in the first place. The gist of the post is pretty much her deflecting the criticism as divisive.

“I did not mean to detract any of the meaning from the video. I am of course horrified and sickened by the events that are addressed throughout that video and didn’t see this as minimizing that and still don’t. It was a way to celebrate bringing us all together. To fight for what we all want. And to do it together,” Schumer wrote.

She continued explaining it was never a parody and it was created to celebrate the women involved in the making of her new film.

Note: The whole “it’s not even a parody” argument is not an argument so much as it is a self-indictment. At least if it was a parody, it could theoretically be defended as its own standalone work of art, provided that it effectively transformed the original work to deliver a clear message that was either satirical against the original “Formation” (mistake) or leverages the original “Formation” and combines it with Schumer’s creative spin for the purpose of being satirical against some other target like, say, white women who are obsessed with “Formation” (probably would’ve failed, still definitely would’ve been co-opting, but at least would’ve been marginally defensible).

In the post, you can sense her struggling to explain her side while acknowledging the criticism but then she undercuts herself in the conclusion saying,

“You have every right to feel however you feel about the video and me but I want you to know I’m not going anywhere. Use whatever hashtag you like. My mission is to continue to work as hard as I can to empower women and make them laugh and feel better and I won’t let anything stop me. #strongertogether #alllove”

And now, a quick open letter to Schumer:

OK, I get it. You were just having fun and this particular piece of art meant something to you and the rest of the women during your time together and you wanted to express it to the world. And yes, it’s very human to get defensive when Twitter is throwing a party for you to GTFOH. But you had five days to reflect and what you came back with was a drawn out blog post implying anyone who critiques you is being hostile?

I’m sorry (I’m not), but you can’t try to pass this off as an innocent “let’s empower women” video. Maybe if you just dropped it on Youtube or something, maybe, you could get away with that argument, but you exclusively released it on Tidal. That’s a pretty slick marketing move, right? What’s a better way to “cause all this conversation” about your upcoming film than releasing an exclusive piece of entertainment using the year’s most talked about song?

We’re not stupid. OK, this is the internet and we are often very stupid. But this is a transparent You may very well be telling the truth, but don’t front like there wasn’t another motive behind it. Actually, please tell us you were intentionally trying to stir controversy so that more people would go see your movie. It’s better than being completely blind to the embarrassing (at best) fact that you loudly inserted yourself into a “we” that you were never a part of, and that you continue to do so.

A lot of things are about all women, and that’s good! But somethings are, actually, just about Black women. You can appreciate those things for sure, but literally remaking them so that they feature you as the centerpiece…it’s not a good look. It’s maybe the worst look.

I do believe you when you say you want to empower women. You seem like a really fun person that most people enjoy, and you care about general feminist issues that affect women, but from your actions as of late, the only women you seem to *truly* care about empowering are the women that don’t question you. And you also seem to think that “women” and “feminism” are these broad, homogenous things, wherein you are entitled to access and speak for every nook and cranny. This is untrue. Acting as though it’s true is privileged and obnoxious.

In the words of she whom you admire so much, I leave you with this, Amy,

What is the song in the “mannequin challenge” videos? It’s catchy AF

Anna Kendrick says Beca and Chloe from ‘Pitch Perfect’ are lesbians, confirming all our wishes and hopes