Anna Kendrick says Beca and Chloe from ‘Pitch Perfect’ are lesbians, confirming all our wishes and hopes

If you’ve ever watched Pitch Perfect and screamed, “Oh, come on!” at Beca and Chloe who are clearly destined to be in love forever, I have the best possible news for you. Anna Kendrick just said she thinks Pitch Perfect characters Beca and Chloe are lesbians, confirming all our wishes and hopes.

This glorious moment came about after The Advocate asked Kendrick who she would cast as her lesbian love interest in a future film and she said she had to choose Brittany Snow, saying:

“There’s a specific fandom that ships Beca and Chloe, my and Brittany Snow’s characters from Pitch Perfect, so I feel like it would be a real betrayal to not choose Brittany. I mean, our characters are pretty much in a lesbian relationship. As far as we’re concerned, they’re secretly in love. We’ve joked that there will be all-out passionate lovemaking in the third movie. Too bad we still need that PG-13 rating.” 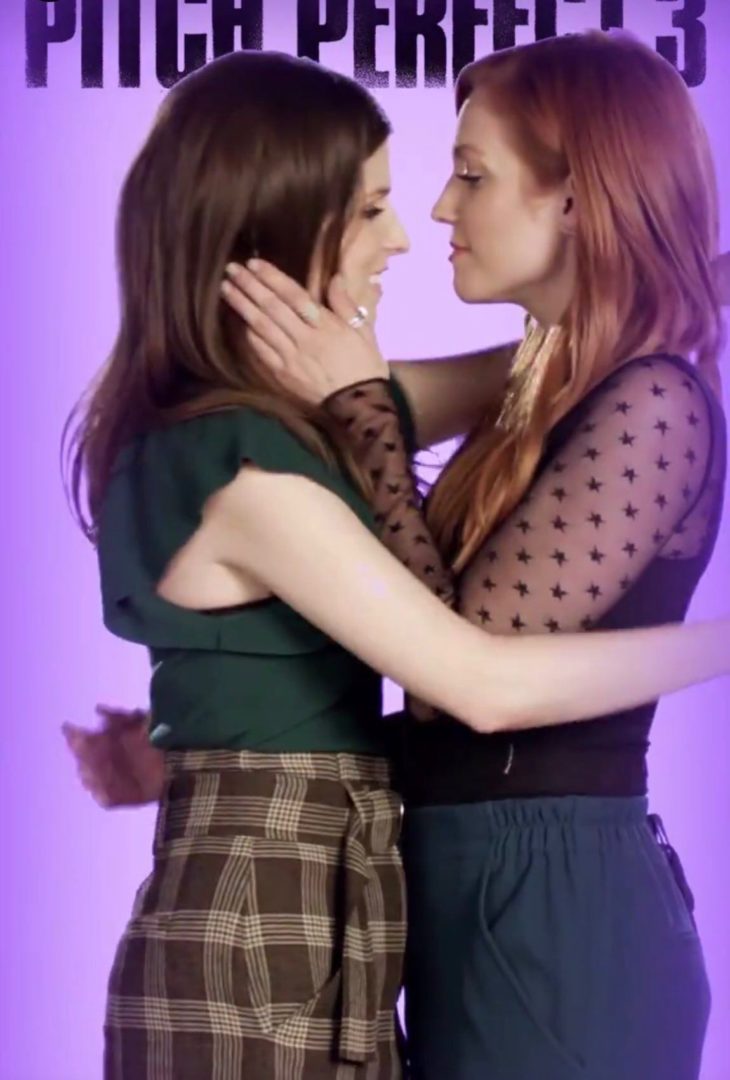 Kendrick also admitted she and Snow “pushed that chemistry even further in Pitch Perfect 2″ because they knew people thought their “secretly in love” interactions were “cute.”

So yes, friends, it was not just your queer imagination making you think there was some seriously queer cuteness going on between Beca and Chloe. Which is honestly really nice to hear, since there have been so many movies where two same-sex characters seemed so in love with each other, but it was never openly acknowledged. For someone in Pitch Perfect to acknowledge that yes, that chemistry was there, and to also heighten it in the sequel because they knew the audience was super into the idea of it being there shows we’ve come a long way as a culture. Or we’ve just come a short way, kind of, because in a perfect world, the third movie would actually have them get together in front of our eyes. But you know, baby steps.

The actress also said that most of her closest friends are gay men and women and when she goes home for Thanksgiving dinner, “there might be a few less lesbians, and I’m a bit unhappy about that.”

So I guess what I’m trying to tell you is, if you are queer, Anna Kendrick would hang out with you like every single day while you listened to Tori Amos together. And be honest, that’s all you really wanted me to say in this post, so you’re welcome.

What happens if Clinton and Trump tie? The electoral college is tricky business