The Supreme Feeling Of Letting It Go

Somehow, my extra-long-almost-two-year-engagement has reduced itself to just over two weeks. Sixteen days until “I do.” Seriously, where the hell has the time gone? My current mental state is on rotation, from excitement to anxiety to sheer panic to sadness that this (albeit sometimes stressful) life stage is coming to a close. (Of note: The panic and anxiety are directly related to my to-do list and all the moving parts of our wedding day; the actual getting married part falls squarely in excitement territory.)

Pretty much every person I encounter who knows I’m getting married asks some variety of, “Almost there! How are you feeling? Is everything ready to go?” My gut response would probably be something along the lines of, “Of course everything’s not ready to go! My to-do list is a mile long and seems to be growing rather than shrinking and I feel like a chicken with its head cut off and there aren’t enough hours in the day and I have dreams about various details going awry and I’ve all but neglected my social life and even my cats can sense my stress!” But because most people would be a bit taken aback by that answer, instead I smile maniacally, hope my eye doesn’t start twitching, and say something like, “Oh, we’re just working on the programs and a few other things now, but we’ll get it all done!” 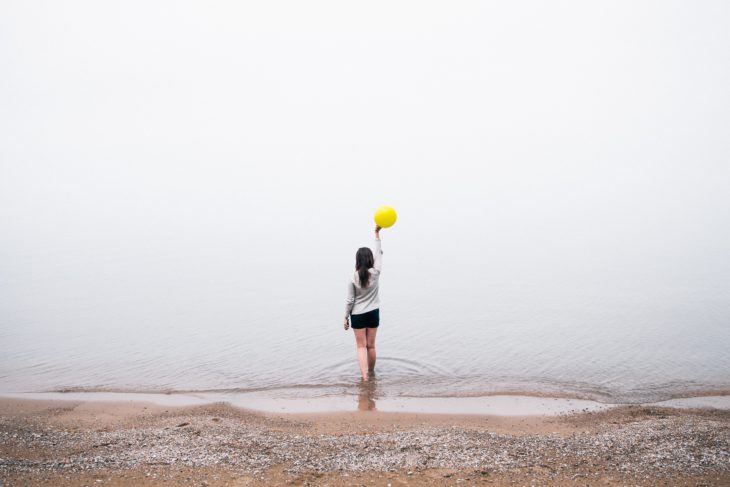 And that’s what I have to keep telling myself. Somehow, the programs will be printed, the flowers will be delivered, the chuppah will be assembled, and the music will be played—just maybe not exactly to my perfectionist, type-A specifications (or maybe not at all—you really never know). But at this point, I don’t have the time, energy, or mental capacity to devote to overseeing and tending to every detail. And while that’s terrifying (see previous mention of my type-A personality), it’s also somewhat liberating.

Everyone and my mother (literally) has told me multiple times to just relax, not go crazy over every single aspect of the wedding. But I had to get to the point of actually loosening the reins myself. And for the most part, I did. No, I’m not going to throw caution and wedding planning completely to the wind: After nearly two years of carefully coordinating everything, I’m not going to just let it all fall to shit in the last two weeks. But I am selectively choosing things to just let go. Case in point: In the past week, I spent seemingly endless hours painstakingly designing and perfecting our programs—not because I think the programs are such a hugely important part of the wedding, but because I set out to personally design them in the same motif as our invites, and I enjoy being creative and I take pride in my work. Now, the files are done and I’d like to spend as little time as possible printing and assembling them. Rather than agonize over five different shades of cardstock for mounting (like I did with the invites), I went to the paper store, saw one option, thought, “Yeah, this is fine,” and bought it. Rather than request samples of the printer, I’m just sending him the files of my design, giving him vague direction on the type of paper to use, and more or less leaving the fate of the final product in his hands. 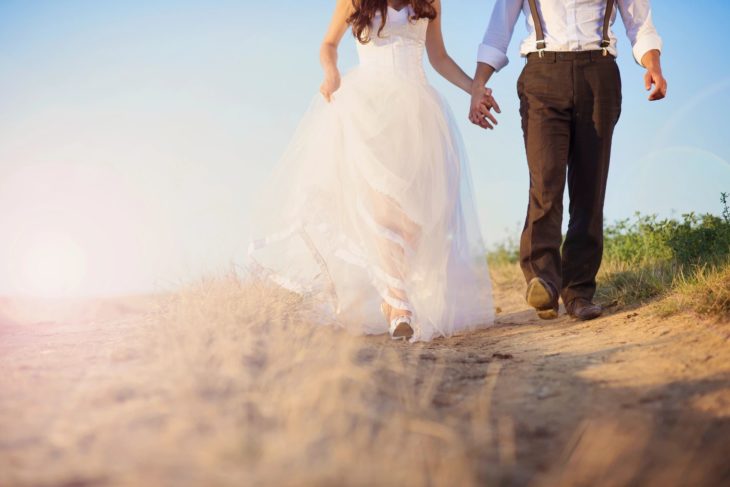 And lest you think, “Programs? Those are easy to walk away from—everyone just throws them out anyway,” I’m proud to share I’ve extended my new laissez-faire approach to more important elements, too. Like the chuppah (a Jewish wedding canopy/Owen Wilson’s whittled pride and joy in “Meet the Parents”). When I started my search for a chuppah rental, I was sending ridiculous emails to prospective vendors with multiple pictures and train-of-thought ravings on what I envisioned. And even after we decided who to use for the rental, I found myself going back and forth in an ongoing thread, discussing things like how tightly they’ll wrap the fabric around the poles. I even emailed our venue coordinator to ask her opinion on the set up. And all any of this did was make me more stressed out and give me more options and details to consider. My aggravation and desperation to cross one more thing off the to-do list led to clarity, and the decision to let it go. I communicated at least a basic sense of what we want, and now I just have to trust that the professionals are going to achieve that to the best of their ability. Done with that; on to the next.

Much to my amazement, loosening up my control and expectations hasn’t doubled my anxiety, or given me night sweats. Rather, it’s given me a thrilling sense of zen. We’ll have an amazing wedding, whether or not I compare five different program samples or see a scale model of the chuppah beforehand. It is what it is. Cue: sigh of relief.

5 Things Successful Guys Do On Tinder