Hitched: The Future Bride Onesie Is Coming For Your Children

Yesterday in Austin, Texas, a city I’m very proud to call home, 250 people gathered on the south steps of the state capitol for a nice round of bigoted back-patting, peppered with lines like this, from state senator Donna Campbell: “They want to redefine marriage between a natural man and natural woman the same way they want to redefine the Constitution.”

This, of course, while the Supreme Court was hearing arguments on same-sex marriage.

“Our core values are being attacked on a daily basis,” Campbell told the crowd.

I like that line, about “core values” that are “being attacked,” because if there’s one thing that gives me a little pleasure when thinking about people like Donna Campbell, and others who would deny civil rights to all Americans because something something Jesus, it’s the thought that maybe they stay up at night seriously worried that the gays, or whoever Donna Campbell thinks “they” might be, are coming for her values and children, cowering beneath their quilted comforters.

Maybe that thought is funny to me because things like the “Future Bride” baby onesie exist in the world. If anyone is coming for your children, it is hyper-normative heterosexuals who can’t even wait for a little girl to get out of goddamned diapers before casting her as a sexual being. 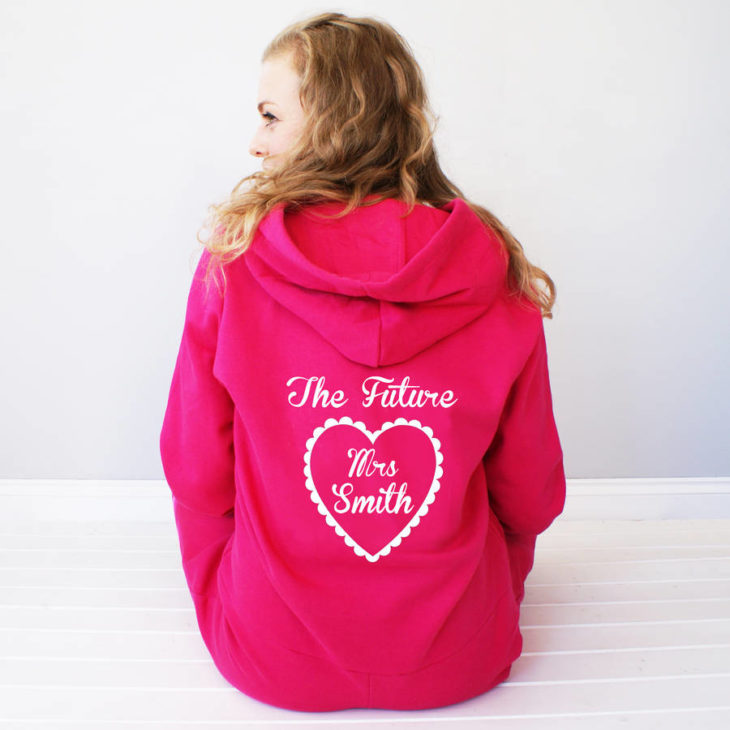 There’s a lot to unpack in the “Future Bride” onesie. I have all the complaints you might imagine anyone would have about it — it’s a creepy, too-early shill for the Wedding Industrial Complex, fusing the identity of bride with a sparkle-princess-buy-buy-buy ethos that only lasts until the glass slipper disappears behind the stretch limousine doors. (Arguably, of course, babies can’t read their “Future Bride” onesies, but the people who parent them, babysit them, and teach them can; I know more than a few grown-ass adults who would be really pleased to “play bride” with a baby perfectly capable of internalizing gendered messages.)

But in light of the current debates over same-sex marriage, the thing that stands out to me most about the “Future Bride” Onesie is the way in which it confers a hopeful future of belonging, of citizenship, on to a (probably female) baby.

I never had the “Future Bride” onesie, bless my parents, but I did have a bride dress-up play set. And I understand why little girls want to play bride. I remember, at least, why I wanted to play bride. I wanted to be the star of the show, but in a different way from being a ballerina or a late night talk show host, my main two projected career paths as a 5-year-old.

Playing bride meant playing grown-up in a way that felt different from playing kitchen or teacher, and I sure wasn’t particular about who I married. I’m fairly certain I enlisted my neighborhood best friend Jared, my own father, and an unlucky housecat named Tom, to variously fill — I almost said “play,” but that word carries connotations of agency — the role of groom.

Because whoever you’re marrying, you’re still the bride, the lead role. And throughout history, one certain way to become a citizen, for women, was not to have a job or even have a child, but to have a husband. And to a large degree, that’s still the case. Ask any single woman with an advanced degree, corporate job or religious ordination, and she’ll probably tell you: the thing people keep asking me is but when am I going to get married. Because we don’t have a cultural space that allows single women to be full participants in society.

I am all for same-sex marriage. But I understand it as welcoming more people into a conservative institution that exists largely to confer citizenship and social validation on certain groups of people. As a result, I am both for same-sex marriage (and all marriage), because I appreciate the cultural and social benefits of establishing family support networks, and against same-sex marriage (and all marriage) because I don’t see any logic in only allowing two people with pants-feelings for each other to legally define their families.

I wrote about this, briefly, in my Hitched column the week after Patrick and I returned from our honeymoon. But now I feel more strongly about it than ever. Welcoming more people into the existing model of coupled family-making is simply welcoming more people into a conservative, deeply patriarchal institution that has long served as a tool of oppression and marginalization.

I’d like to envision a future wherein we not only choose our romantic partners for life, but our friends as our brothers and sisters and our mentors as our aunts and uncles, and bestow upon these groups the same legal and cultural benefits and penalties we bestow upon blood relations.

Think of all the commitment parties we could have.

20 Things Couples Should Do Before They Move In Together

7 Frisky Ladies’ Tips On How We Make Our Sisterhood Work

All You Need to Know About Elopement

What Should You Know About Planning a Destination...