How To Think Yourself To Orgasm

Several months ago, Lady Gaga told an interviewer for New York magazine, “I don’t know if this is too much, but I can actually mentally give myself an orgasm. You know, sense memory is quite powerful.” Mentally give herself an orgasm? Is that even possible? Well, for you lucky women who have experienced the sensation yourself, you know it is, and for all you doubters or non-believers, new research suggests it’s not only possible to achieve a mental orgasm, but it’s something that can be learned, too. Dr. Barry Komisaruk, co-author of The Science Of Orgasm, says that brain image scanners show that “the pleasure centers of the brain associated with orgasm light up in women who think themselves to orgasm in exactly the same way as in women who orgasm through more conventional means.” These women who thought themselves to orgasm may have all experienced the same sensation, but they all arrived there in different ways. “Some women used a combination of breathing exercises and fantasy,” Komisaruk says. “While others used their imagination and pelvic floor exercises.” Even their fantasies varied. “Some imagined erotic scenarios. But others imagined very romantic scenes such as a lover whispering to them. Others pictured more abstract sensual experiences, such as walking along a beach or imagining waves of energy moving through their body.” 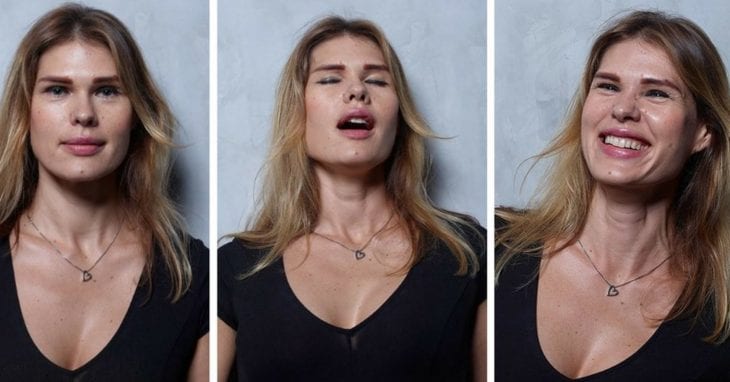 So, is thinking yourself to orgasm as easy as fantasizing some sexy scenes and doing a little deep breathing? Not exactly, but that’s a big part of it, sex researchers say. According to sex therapist Paula Hall: “Women in particular need to feel relaxed and safe in order to let go and enjoy sex fully.” So doing exercises that alleviate stress and anxiety and make us feel more deeply relaxed will go a long way in helping women reach orgasm, either mentally or through physical stimulation. Dr. Komisaruk regularly sees women who both have trouble reaching orgasms and those “with intense feelings of sexual desire that don’t go away even when they do have orgasms.” He coaches them through MRI scans, giving them mental techniques to use, like counting and visualization, that will increase or decrease sexual excitement. The thought is that as these women “see images of their brains lighting up and cooling down in response to their thoughts and mental exercises,” they can eventually use these techniques in the bedroom, too. So, ladies: counting, visualization, and breathing — that’s apparently all it takes to think oneself to orgasm. And if you don’t get there the first time, try, try, try again. At least, that’s what the doctors advise.

Have any of you ever thought yourself to orgasm? [via Daily Mail]

Tips On Magnet Packaging For Shipping By Plane