With the spooky season ahead of us, it might be the time for you to think about spicing up the decorations. Maybe this year you’re thinking about a specific theme but you can’t really decide on which one. If that’s the case, we’re here to help. Let us ask you this: Who doesn’t love a Disney Halloween classic from 1993, Hocus Pocus? We’re positive you do. So, why don’t you celebrate Halloween by decorating in honour of your favourite witch sisters? If you feel like that’s a good idea, stick around, we’ll let you in on a couple of tricks on how to make that happen.

Okay, first of all, since the chances of summoning Sarah Jessica Parker as your lawn ornament are probably slim, let’s focus on the thing that brought the Sanderson sisters back from their 300-year long nap – the almighty Black Flame Candle. It’s said that if lit on a full moon on a Halloween night, the candle has the power to resurrect people. So, for your own safety, if the moon is full, be careful. All jokes aside, it’s a great addition to your Halloween decoration and since it’s a candle, it’s fit for almost anything spooky.

Place it in a spooky candle holder 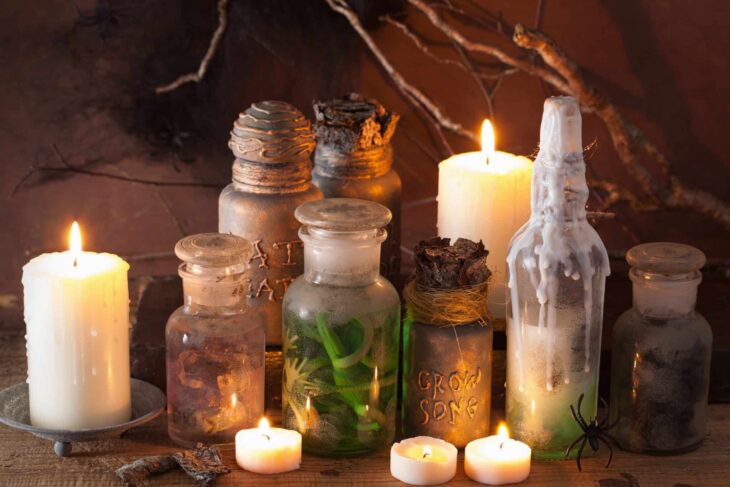 Alright, this sounds fun right away. So, when we think about the generally scary motives, one thing comes to mind right away and that is a skull. Maybe that’s because it’s really close to our mind since we carry it with ourselves all the time above our shoulders. Skulls are a pretty scary thing when you see them, even those of fallen bulls you’d come across in a cartoon set in the desert, there’s just something spooky about them. That being said, there’s not a scarier skull than a human one. You can find a lot of replicas of human skulls that can serve as a candle holder and if you’re into arts and crafts, you may even make one yourself. Now, imagine a candle holder that’s a skull, few cracks here and there, a missing tooth or two, and a large hole on the top of the skull where you put your flickering, blacklight candle. That’s terrifying! You might even place it inside the skull if it’s large enough and make it have a certain jack-o-lantern vibe to it – only this time instead of pumpkin you have a scary skull. 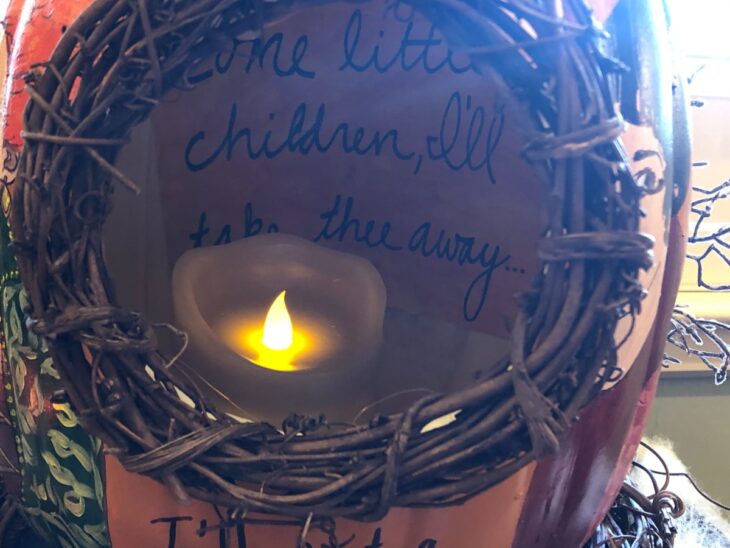 A great and spooky idea that can highlight your black light candle would be to surround one with smaller, regular candles and make it look superior. What you would need for this is a couple of regular white wax candles and some red paint or even better a red wax candle. What you would need is to melt the red candle over white ones, making it look like the white ones are bleeding. You could take it a step further and add some red paint or stick some nails into white ones, make them look like they’ve been through hell and back. To top it all off, place your almighty black light candle in the middle with all those wounded, defeated candles around her. 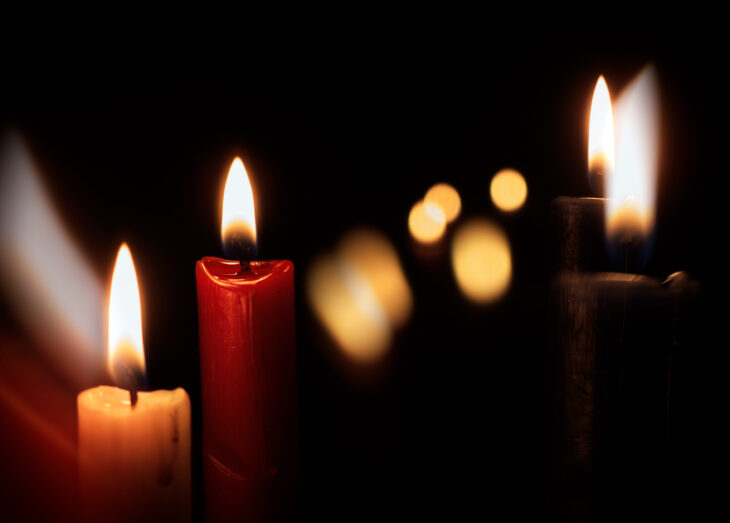 So, witches are scary, we can agree on that, right? But, are they really scary just because they’re old and mean looking? Well, not really. What makes them scary is all the dark magic and potions and spells and whatever else they might be going on in their lives. What you can do is create a kind of a witches den. It doesn’t have to be the whole room, just a corner or the porch, wherever you seem fit. Let’s say the front porch, right beside the entrance. You get an old, apothecary table, or just any old table, the older the better and place some old, leather cover books, that look like they might contain some spells written in there. You can add whatever you want there to be fair, add some spiders and spider web, an old vial with some funny coloured liquid in it and of course, we can’t forget about the pot – a pot where witches cook their potions or sometimes even the disobedient children. Now, we got the whole setup ready to turn some heads, but you wouldn’t really be able to see it in the dark, would you? That’s where our candles come in handy. Place a few of them on the table and some spooky light to the scenery. After all, the evil sisters wanted them to be lit so they could come back.

Pair them up with some smoke 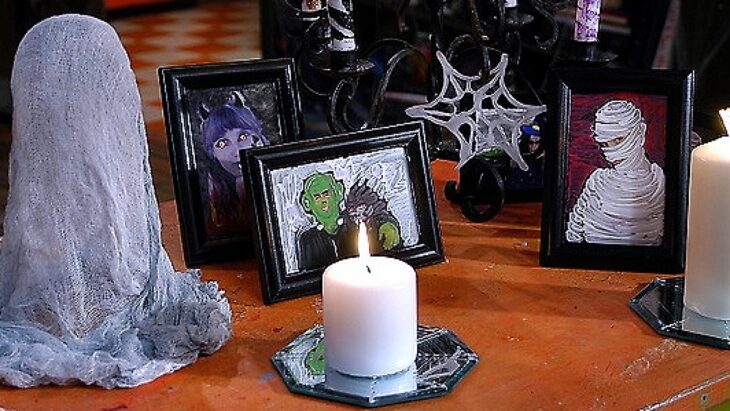 No matter in which setting you place them in or the theme you’re going with, smoke can only take it up a notch. So, if you can, get a smoke machine and let some smoke and dim light do the trick. Another way to create smoke, kind of, is dry ice. Get some cool, spooky pints or glasses, fill them up with water or soda and drop some dry ice in it. It’ll start boiling and creating this fog-like smoke, just as you would see in a scary movie. However, dry ice will melt quickly, so even though it’s pretty cool, it’s not going to last a long time. Just be sure to use tongs and be careful when dealing with dry ice, it can cause burns to your skin. So, how does this work with candles? Well, it just adds to the whole spooky vibe. A candle that resurrects and some smoke, you’d think for a second that something is going on there for real.

There are numerous more ways to use this candle in your Halloween decorations, these were just some simple ideas. The only thing that you need is your vivid imagination. Make a mummy carry it in his hand or a spider on his back, there are truly endless possibilities, because if we’re being honest, every spooky setting can be made spookier just by adding a candle.

How to Use Custom Printed Bags for Promoting...