I Tried It: 8 Things To Know About Getting Your Vagina High With Foria’s Cannabis Lube

Before I used Foria’s Cannabis Lube to get my vagina high for the first time, I had a lot of thoughts running through my head about what it would be like. Is it going to be a high that’s similar to smoking weed? I love smoking weed, and I love cannabis terpenes. Or will it be more of a body high, like when you eat pot brownies? Oh shit, am I going to trip balls? Maybe I shouldn’t do this on a Tuesday. I wonder if it’ll be easier to orgasm when I’m having sex if my vagina is stoned? Ooh, I wonder if my orgasms will be more powerful too. That would be awesome.

The truth is, it’s really kind of difficult to explain what it feels like to get your vagina high. But goddammit, I’m going to try.First, I’m gonna need to highlight a couple of variables that may have impacted my experience. 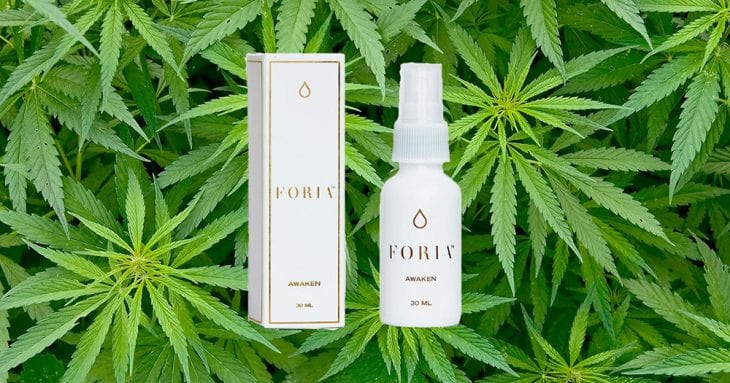 Now that we’ve gotten that out of the way, let’s get down to business. Here are eight things to know about getting your vagina stoned with Foria’s Cannabis Lube.

1. It smells only slightly weedy. I was a little concerned that cannabis lube would make my vagina smell and taste like old bong water, but luckily it does not have that super stank, skunky weed smell. If anything, Foria smells mostly like nothing, with a herbaceous top note. Totally inoffensive. Because I’m thorough, I spritzed the tiniest bit in my mouth to assess the taste and was relieved to discover it was also basically unnoticeable to the palate. The first time I used Foria was with a sex partner — who was aware that my vag was getting high for the occasion — and because it takes 30 minutes to really settle in and take effect, I’d already lubed myself up by the time we got down to business. He went down on me briefly and did not report any noticeable or distracting tastes/smells beyond what’s typical for my lady flower.

2. You use it the way you would use any lube. Foria comes in one of two size bottles, both small, with a spray top so you can spritz it on and in your vagina. I found spritzing inside me to be kind of difficult, so the first time, I had the dude I was sleeping with spritz it inside for me, and when I was alone, I used my fingers. If you’re using a vibrator, you can go ahead and spritz it on there too. I recommend using Foria both inside the vagina and on the labia and clit and all that other junk. Go to town because…

3. You won’t trip balls. I don’t know why I thought this was even a possibility. Neither myself nor my vagina saw swirly colors or talking lampshades.

4. You will get really, really wet. Well, I did at least. Obviously, some of that additional wetness is the lube itself, but because I was rationing, I really didn’t use tons. I get pretty wet all on my own anyway, especially if I’m getting down with someone and there’s lots of foreplay, but Foria seemed to make me wetter than usual. Which was fantastic. Wetter is better! 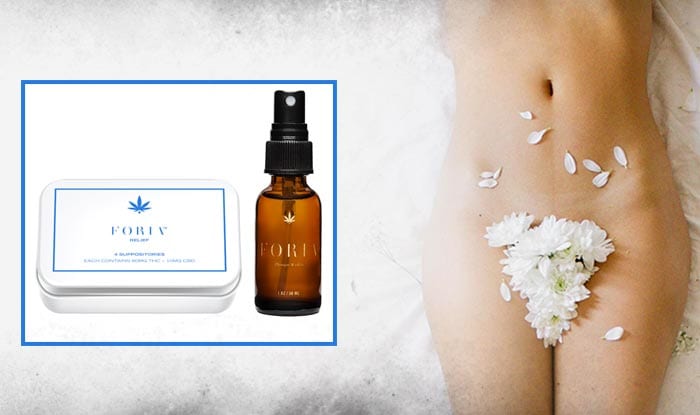 5. You’ll feel a lot more loosey goosey down there. I’m going to get to explaining how, exactly, a stoned vagina feels, but the thing that stood out to me the most during the first time I used Foria is that I just felt really relaxed down there. Like, tension free. Like my vagina was kicking back on the beach in Mexico, without a care in the world. Like my pussy had popped a quaalude and washed it down with a stiff whiskey. My vagina was kind of blissed out and down for whatever. My partner was someone I’ve slept with a few times before, we’re very much on the same page in terms of what we like to do in bed, and he’s always a fucking blast. Being even more relaxed than usual down there made it so we naturally ended up doin’ some stuff that I’m usually a little more uptight about, so that was cool and fun and I enjoyed myself very much thank you.

6. Your vagina will feel stoned. Just your vagina though. So, Foria works, in that it has a noticeable effect on the way your vagina feels, but doesn’t do anything to the rest of your body or the body of the person sticking their dick in you. I, Amelia, did not feel high, but my vagina did. So what does that feel like? To a certain degree, the feeling is that of an increased, concentrated awareness of that part of your body. For those of you who have or do smoke pot, the best way I can describe it is the feeling you get when you take a hit, hold it in and then exhale, and then that warm, some of tingly, vaguely lightheaded feeling washes over you — imagine that feeling, but more subtle and constant, just in and around your vag. There’s a certain heady warmth to it. When my stoned vagina was being touched/licked/penetrated/etc. there was an increased awareness of all the sensations. It feels lovely, really, but it’s not extreme, which I think is a good thing.

7. That being said, it’s not a miracle lube. As I suspected, I still wasn’t able to get off with the dude I was boning. But again, I was a lot wetter and looser, which only made the sex better. If you don’t have issues with coming during sex, Foria shouldn’t get in the way of that. 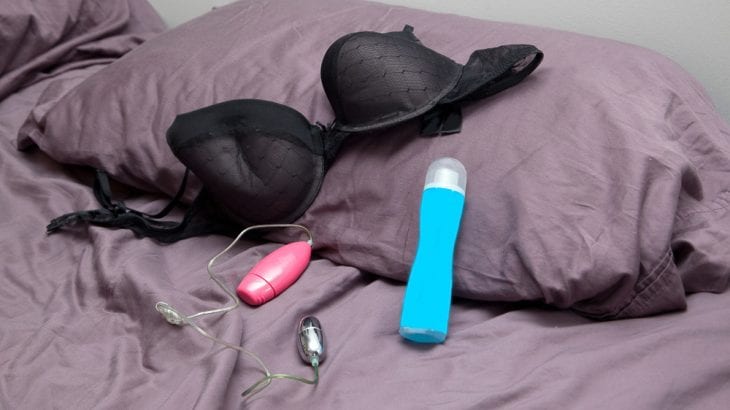 8. Your orgasms will feel/be stronger. A few days after I used/enjoyed Foria during sex, I tried it during masturbation. Again, I noticed increased wetness, though not as much as the first time. Because I was alone, I took the time to really sit with and process how my stoned vag felt, without being distracted by all the fun stuff that’s happening when you’re hooking up with someone. And when I finally allowed myself to climax, that concentrated, increased awareness of every nerve in and around my vagina resulted in an impressive orgasm even by my standards. (What can I say, I give myself good orgasms.) Stronger, longer, almost slower, or maybe it just seemed that way because my vagina was high and time kinda creeps along lazily when you’re stoned.

At $88 for 30 ml (approximately 30 “servings”) or $24 for 5 ml (about five servings), Foria is not cheap for a lube, but isn’t badly priced for something containing THC. Unfortunately, at this stage, Foria is only available to California residents, and you have to join their medical marijuana collective (which requires a physician’s cannabis recommendation) in order to purchase Foria. Once you’re approved, you can order Foria and it will be delivered to you “directly and discreetly,” unless you’re like me and you announce to anyone and everyone who will listen that you’re in possession of weed lube.

So, is Foria for you? Personally, I think that if you live in California, have the money and are looking for a product to loosen you up and relax your vaginal senses, you should give Foria a shot. I would love to hear what other women think of this product and how it might be similar or different for them. Not that my experimentation with it is over — I still have a little bit left…