If your sex life sucks as of late, it’s probably not your fault. Feel free to blame your rut on your IKEA bedroom set. At least, that’s what BBC personality Laurence Llewelyn-Bowen is suggesting. “How could anyone enjoy having sex in an Ikea bedroom?” he asked. “I find IKEA’s attitude deeply unsexy … For a start, it’s all flat-pack – it’s going to rattle … That’s not what grown-up sex is like. Grown-up sex should be opera, it should be drama, it should be black velvet and silk, and it should be indulgent and opulent, regardless of how much it costs.” Well, at least it’s not anything you did. That must make you feel better. Just get rid of that MALM bed frame you’ve had since college, splurge on something more opulent and let the opera sex begin. Personal responsibility averted. After the jump, some other things that you can blame your lackluster love life on. Yay excuses!

1. Your Netflix live streaming account. Bringing the computer into bed and watching endless episodes of “Strange Sex” doesn’t count as having sex.

2. Living above your landlady. She can hear everything through your paper-thin floors and gives you evil, disapproving looks, so you’ve just stopped doing it altogether to avoid the embarrassment. 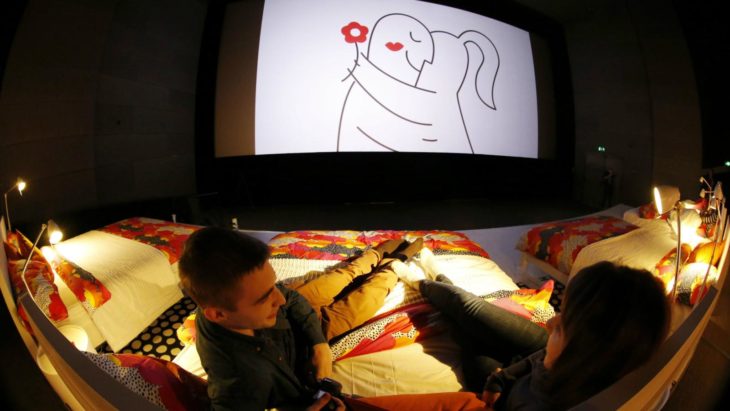 3. Brussels sprouts. They’re in season again, and really good for you, so you’ve been eating a  hell of a lot of them. The downside: you’re perpetually bloated and gassy and not in the mood.

4. Having ADD. It’s kind of hard to have an orgasm when you’re doing 10,000 different things in your mind.

5. Global warming. Hot, sweaty sex is fun for like two minutes and then you’re like, “Over it. Need a shower. Alone.”

6. The presidential debates. When they’re done debating you’re too riled up or depressed or anxious about the future of our country to even think about something as insignificant as your urges.

7. The dog hopping on the bed during sex. It wedges its cute, little paws between your respective private parts and wants its belly scratched NOW and it’s really hard to say NO to your dog, so you just stop mid-pump.

8. The rotting garbage. Is it trash night? It’s not your goddamn turn to take out the garbage! You’ll wait for him/her to do their chore. And until the scent of rotting chicken has dissipated from your immediate surroundings, you will be unable to get aroused. Same goes for the dirty sheets that he/she is supposed to wash.

How to Propel Your Social Media Page to a New Level

Everything You Need to Know Before Emigrating to Spain

10 Tips For An Unforgettable Night With An...