Immigration to the UAE: Relationships, Family And Marriage

If you are thinking about moving to the United Arab Emirates, you need to take a very serious approach to the study of all aspects of life in this state. The UAE is definitely not strange, life in which for most people will seem familiar and understandable.

What is the main difficulty for foreigners in the Emirates? 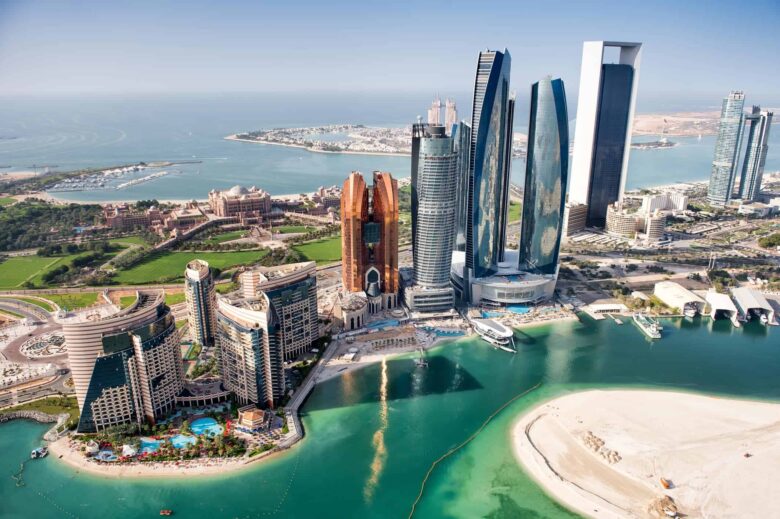 The United Arab Emirates is a Muslim country, where almost everything is controlled not only by state law, as it is in most countries of the world, but there are also religious laws that are binding on everyone. Even if you don’t practice Islam or are a tourist and citizen of another country.

While in other countries many religious norms are observed by personal initiative, in the Emirates they are strictly monitored and their violation can lead to serious problems.

So, once again, if you are a foreigner, especially one who does not practice Islam, be sure to familiarize yourself with the rules of the country before you immigrate.

Rules regarding family and marriage in the UAE

According to the law, the only legal form of relationship between a man and a woman who are not related is marriage.

That is, if a couple came to the Emirates with citizenship of another country and practiced a different religion, they still could not live together. If someone suspects that the couple is not married, they can file a police report. Law enforcement will have to investigate and if it is proven to be true, you can expect a fine, criminal liability, or deportation.

In addition, you should keep in mind that it is complicated to rent an apartment if you are not legally married, as landlords are likely to refuse you because of personal religious beliefs or fear of the police.

As for the hotel, you may be offered to rent two separate rooms.

The laws of the United Arab Emirates control all aspects of the couple’s life, imposing the need for marriage, controlling the process, and, of course, controlling the rest of their family life. So, be prepared that it is quite difficult to feel free in the UAE.

How to get married in the UAE? 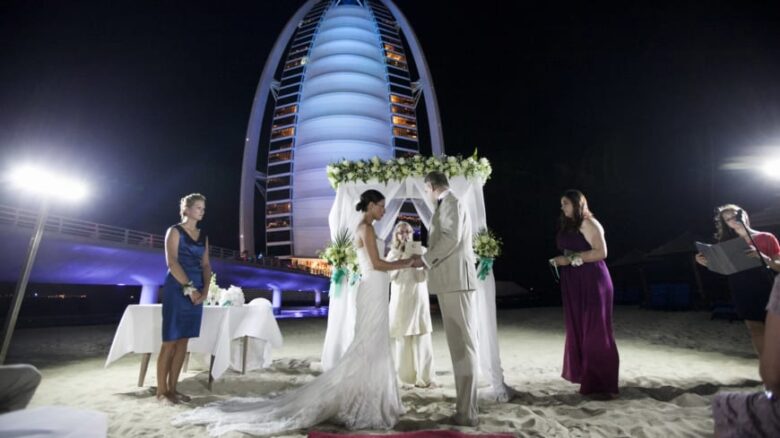 As you already understand, if you want to immigrate to the Emirates with a partner, marriage is the only option available to you.

Also a very important point: the legislation of the United Arab Emirates does not recognize same-sex marriages in any form. If you are homosexual and it becomes known, you could face a prison sentence – 10 years in Dubai, and 14 in Abu Dhabi.

If you are not a Muslim, you can get married:

Muslims can get married in one of the local courts under Sharia law. That said, you must keep in mind that a Muslim man can take a woman of another religion as his wife. However, if a Muslim woman wants to marry a member of another religion, this is only possible if he accepts Islam and there is proof of this.

General rules for marriage in the United Arab Emirates 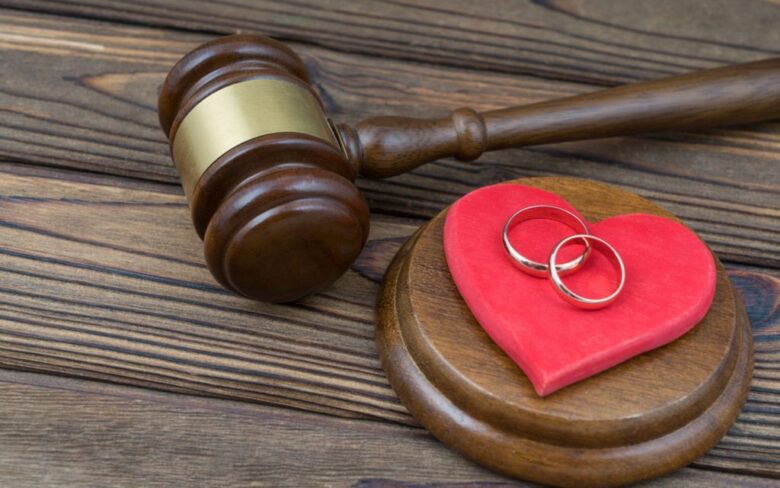 Most expats get married in Dubai, Abu Dhabi and Ras Al Khaimah.

With the exception of Abu Dhabi, where the registration of marriage for foreigners is now the easiest of all the Emirates, the process of marriage everywhere is about the same.

If you have an out-of-court marriage, you will need to register your marriage in a local court. If the marriage was concluded in another country, you need to legalize it with the local authorities.

Getting married in the UAE requires knowledge of the local law and all possible options for the wedding. If you do not want to waste time on this, and the deadline for immigration is getting closer, then we recommend considering Georgia as an opportunity to quickly and inexpensively solve this issue and move to the Emirates on his life being in a legal marriage.

The UAE Government expects to fabricate and keep a steady and merged Emirati family and to brace the Emirati social and segment structure, by empowering Emirati men to wed Emirati ladies. In 2016, the substance Marriage Asset was disintegrated and its degree was brought under Service of Local area Improvement.

5 Things To Do If You Are Not Feeling Well

What Are Casino Blogs About?

Life in the City