According to this piece in The Atlantic, these are the risks of getting insufficient sleep:

Apparently it’s possible to trick yourself into believing you’re rested: If you tell yourself you feel rested and refreshed, you’ll suffer less from these consequences of sleep deprivation.

The article is founded on new research that shows that most people get at least one hour less sleep than their body needs, and a third get two hours less. This has to do with work schedules and circadian cycles, but personally, as I’ve mentioned before, I’ve just been dealing with really nasty insomnia lately, having mostly to do with PTSD. It got really bad in the last few weeks of marathon training, and it’s been severe around my period — an experience in which, from what some of you told me, I’m not alone. 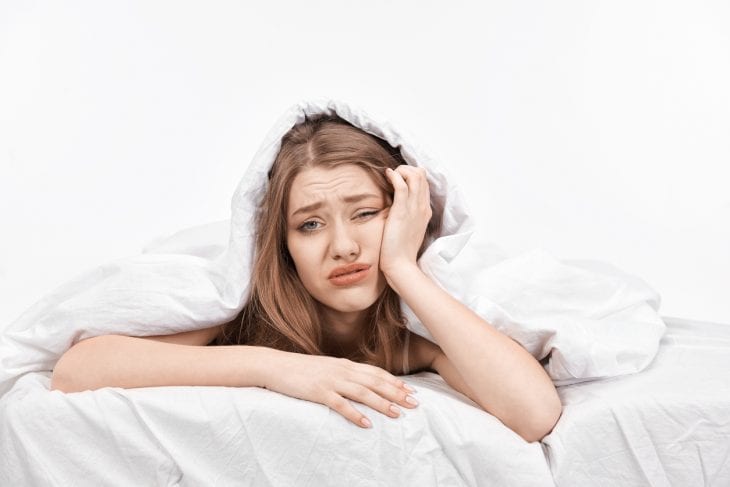 About a week and a half before the marathon, I had a really bad night, a really bad panic attack — I had a hard time getting to sleep, even with the Ambien I was taking, and still woke up only a few hours in. I freaked the fuck out in frustration: I hate taking meds, especially a medication that’s as potentially dangerous as Ambien, and it was kind of infuriating that I was taking the leap of faith to take it and it wasn’t working.

So I flushed the Ambien in the middle of the night, and went back to the supplements that’d carried me through for several months. I mentioned to my boyfriend that I felt like they were just kind of expensive — $20 for a pill and $10 for a tincture for about a month’s supply. He said, “Is it worth $30 to you to be able to sleep?” Which, you know, good point.

A few other strategies I’ve implemented: I don’t work out in the morning anymore, because if I have to wake up at a certain time and I wind up waking up several hours before that, I won’t get back to sleep. I’m going to bed later, too, so that if I wake up after a short amount of sleep, it’ll be at a reasonable time for me to start the day (i.e. 4am instead of 2am). I got earplugs and an eye mask, too, which are kind of uncomfortable but do a good job of keeping my mind off of the things I’m hearing and seeing in my room. I’ve made a habit of watching Zelda walkthroughs instead of reading — it’s a passive thing to do, I can take them in chunks, and despite the fact that it’s generally advised not to fixate on a screen before you go to bed, I think that f.lux is making it easier on my eyes and brain than if I were watching TV. Plus, it’s a really, really long, sometimes very tedious and often very repetitive series of games. (I’m running out of walkthroughs to watch, though, so if you have any recommendations for other long-form RPGs to watch, I’d be stoked to hear them.)

They’re also not politically difficult for me: Another thing I’ve found is that I am having problems fixating on negative information. I have to be careful about my bedtime reading if I read, because I tend to read politics into almost anything, and getting the gears working when I’m supposed to be falling asleep is a bad idea. 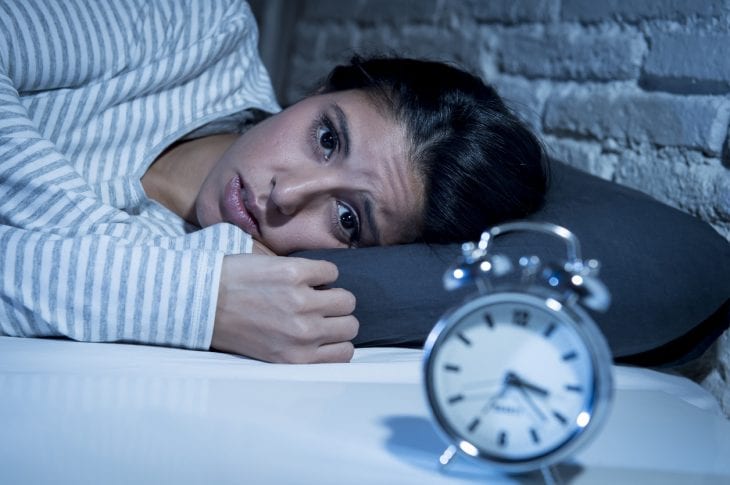 Thanks to the Frisky commenters who commiserated and voiced their support — hopefully us insomniacs will get back on the good-concentration, good-memory, more-capable train soon.

The Best Diet Of The Year: The Heart-Healthy DASH Diet