Is Joe Casanova the Influencer Whisperer?

I believe you’ve all heard of the dog whisperer, but have you ever heard of the influencer whisperer? It was the first of December and the sun was coming down as my group and I walked into a restaurant located on the heavenly beach of Tulum, Mexico. We were sitting in the outside area where there were a deck and a blissful view of the ocean. As the sun began to set we start hearing music in the distance. Evidently, I was curious so I decided to get up and explore the depths of Mia, this beachfront property. As I walked down the steps, my feet sank into the sand and I could all of a sudden notice a well lit around illuminated by hanging lights. I see a man twirling around a beautiful Asian woman in circles as they dance into the sunset. 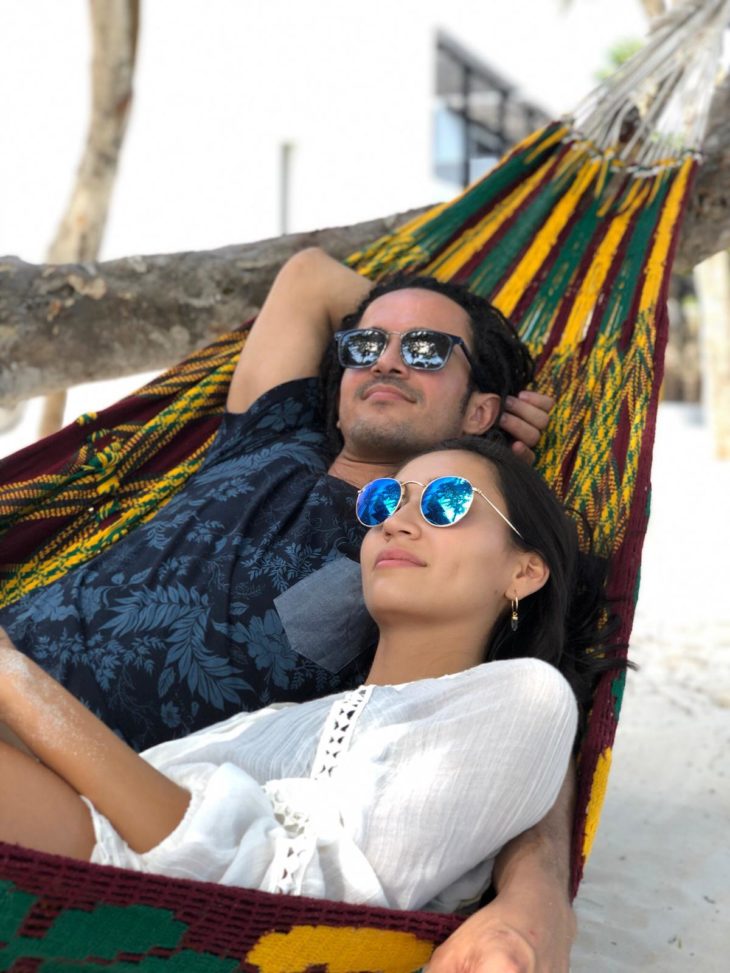 I decided to walk closer to this man and woman dancing and I note more beautiful women. I get closer and I realized that I actually know who they are because I’ve seen them on Instagram before.

Turns out the group of women dancing on the sand are all social media influencers, but who is this man with long dreadlocks and energy you can feel from across the room?

I had to find out for myself, so I did what anybody would do… I approached him and simply asked what his name was. 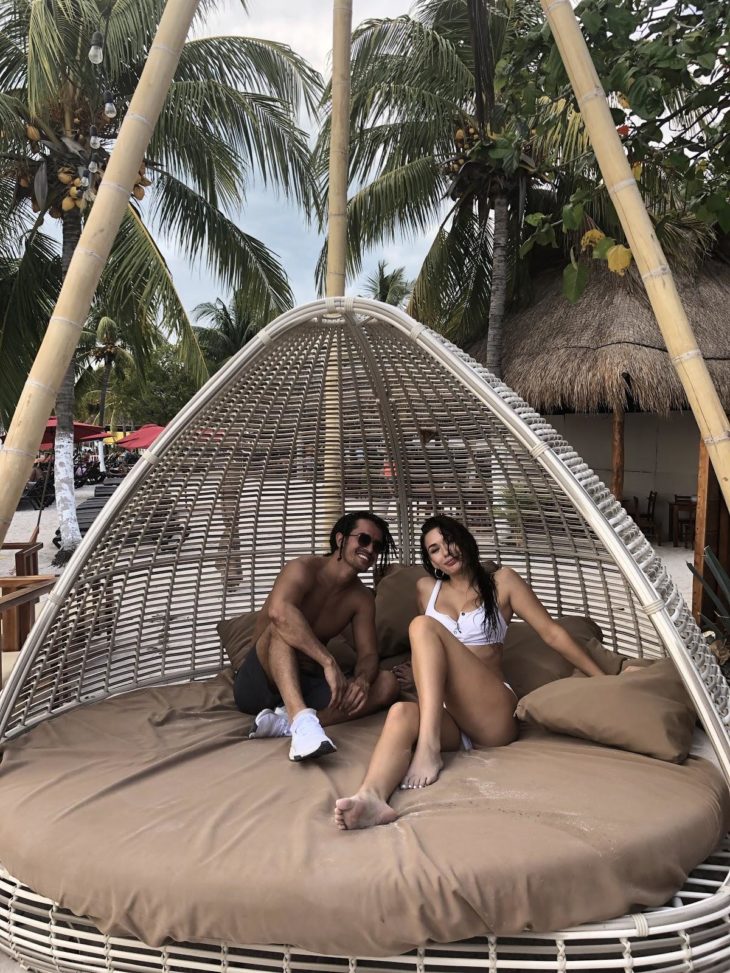 With a smile from ear to ear, the man replied, “I’m Joe Casanova it’s a pleasure to meet you.”
You can tell by the way he spoke and made eye contact that he was a genuine person. I had to ask him what he did that allowed him to hang out with such influential beautiful women.

He began telling me his story and you can tell with every word coming out of his mouth that this man was overflowing in passion.

I’m hooked and had to know every little detail. 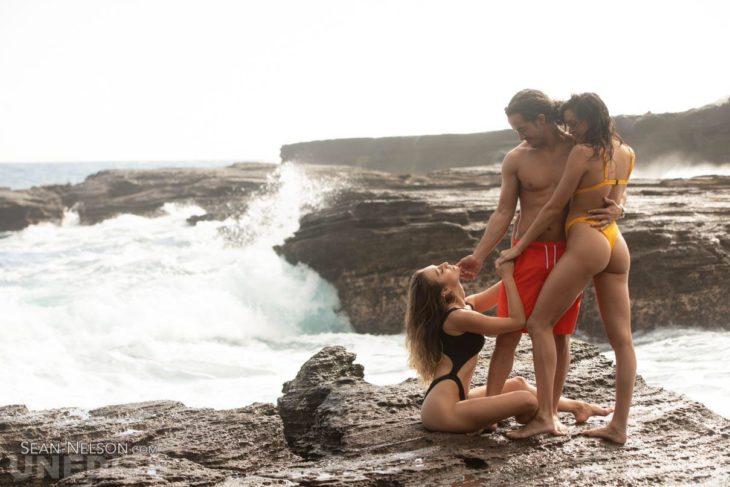 Joe Casanova explained to me that in order to understand what he does one must first understand the problems that he solves. He spoke in generalizations and expressed that this does not apply to everyone as there are always exceptions to the rule.

Influencer’s these days don’t just decide to learn marketing and start a business on social media. Most of them just downloaded an application from the App Store, started posting, and came across people that love their posts. After a given time they realized they could get free products in exchange for posting and later discovered that they can get paid for it too.

These social media celebrities stumbled across their influence and decided to go full force as opposed to learning marketing and consequently making the decision to become a social media influencer. 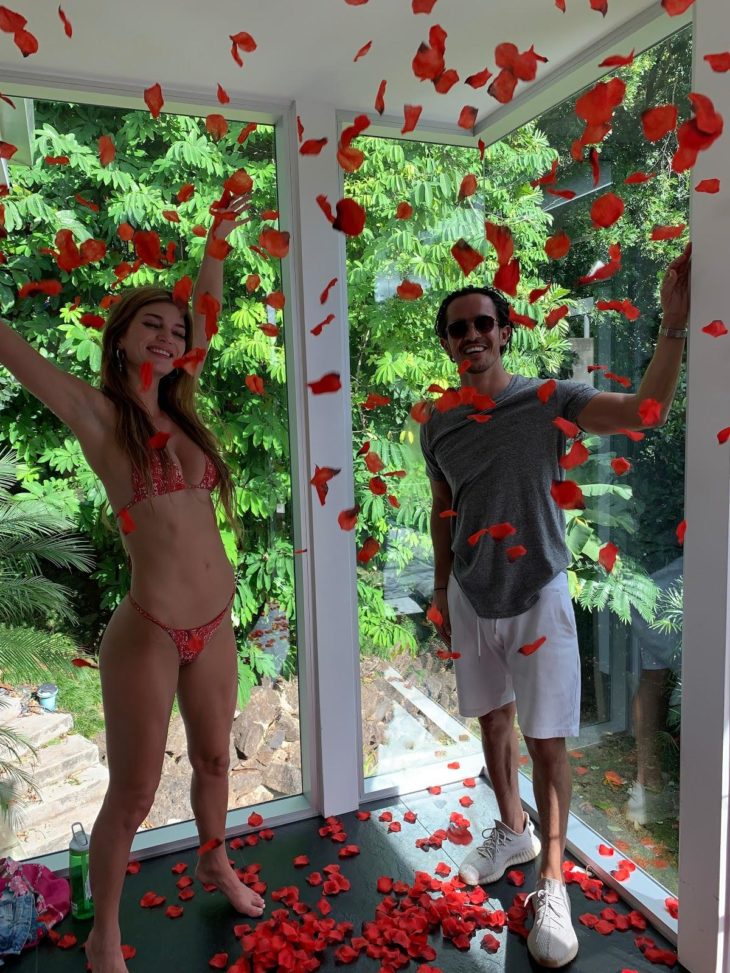 He helped me understand that in any sales or marketing process there tends to be a funnel and that the bottom of the funnel is usually the place you want your audience to end up.

The problem is that influencers make the bottom of their funnel their social media profile, meaning they become dependant on the platform, which chances are this platform is usually Instagram.

If by any crazy reason Instagram deletes them off their profile they no longer have a community or audience and will have to build all over from the ground up. What Joe does is he changes their bottom funnel and makes their funnel their own website. 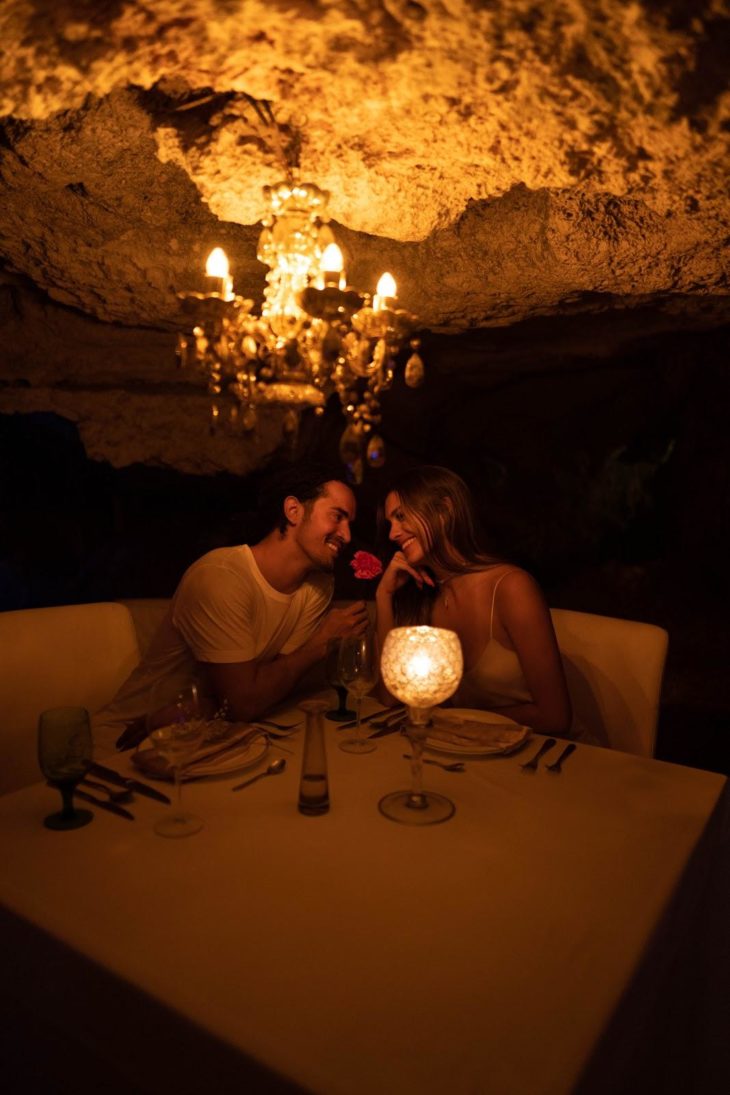 Joe Casanova is a serial entrepreneur who has an agency based out of Miami, FL that goes by the name Connections Collective.

He leverages his own agency resources to build these brands and digital ecosystem at an extremely cost-effective rate. When he builds a website he also creates capture points that allow him to get the phone number and email of all of the site visitors. He expressed that influencers complain about the Instagram algorithm because it doesn’t show their content to all of their followers.

He painted me a picture and said: “Imagine if every time you posted a piece of content you’re able to text every one of your followers encouraging them to go engage with it.” He then told me to imagine going to a brand that simply wants a paid social media posts and upsell them offering them an email marketing campaign along with an SMS to work with their post. 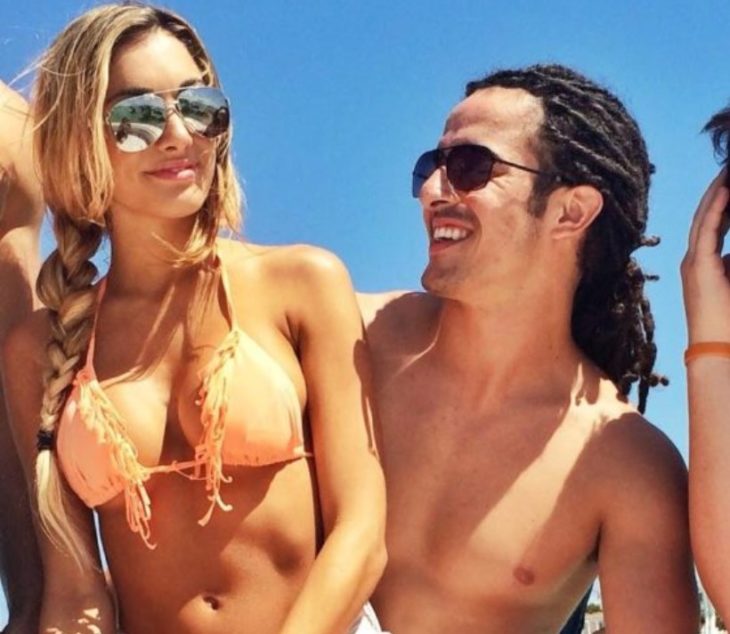 Joe launched his influencer services known as Furlough in 2018 but has been working with them ever since 2011. Joe has helped several influencers from Lyna Perez to Nicky Gile to Alexis Michaud in scaling and monetizing their brand.

Joe told me that when he first met Lyna she had a flip phone and didn’t even have access to the app store. He got her an iPhone and from there she began posting under Joe’s direction.

This moment was when things changed for Joe. It was here when he became aware of the potential threats that can seriously affect influencers. They bounced back stronger than ever and now she is hovering above 3.4 million followers. 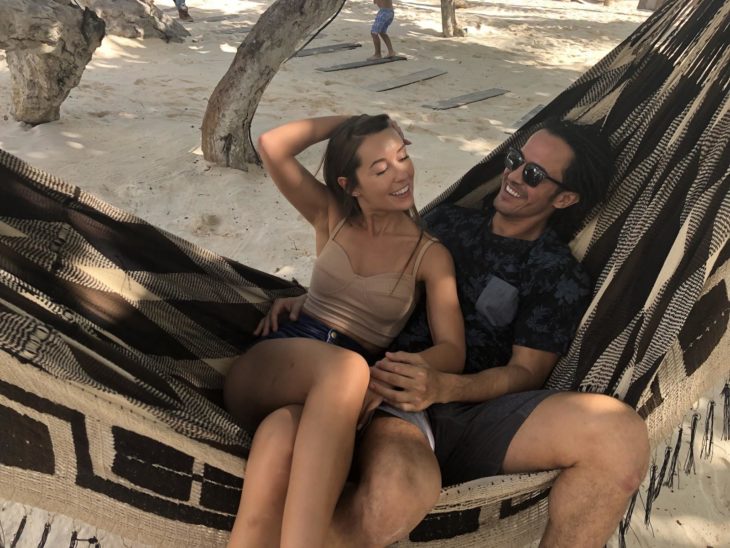 He told me about his first monetized business venture with an influencer and it was when stories were really taking over the scene. People want to engage with their content they clearly view all of their posts but how could this be monetized?

He tested out a campaign that only a handful of content would post on the main page’s story and the rest would be posted separately to paid subscribers. He created a TV show for her and when he first launched I Love Lyna TV in the first 30 days he made more than $100,000 in sales.

This proof of concept changed the way Joe worked and since then he has his eyes ripped wide open looking at all the possibilities that can happen in the social media space. 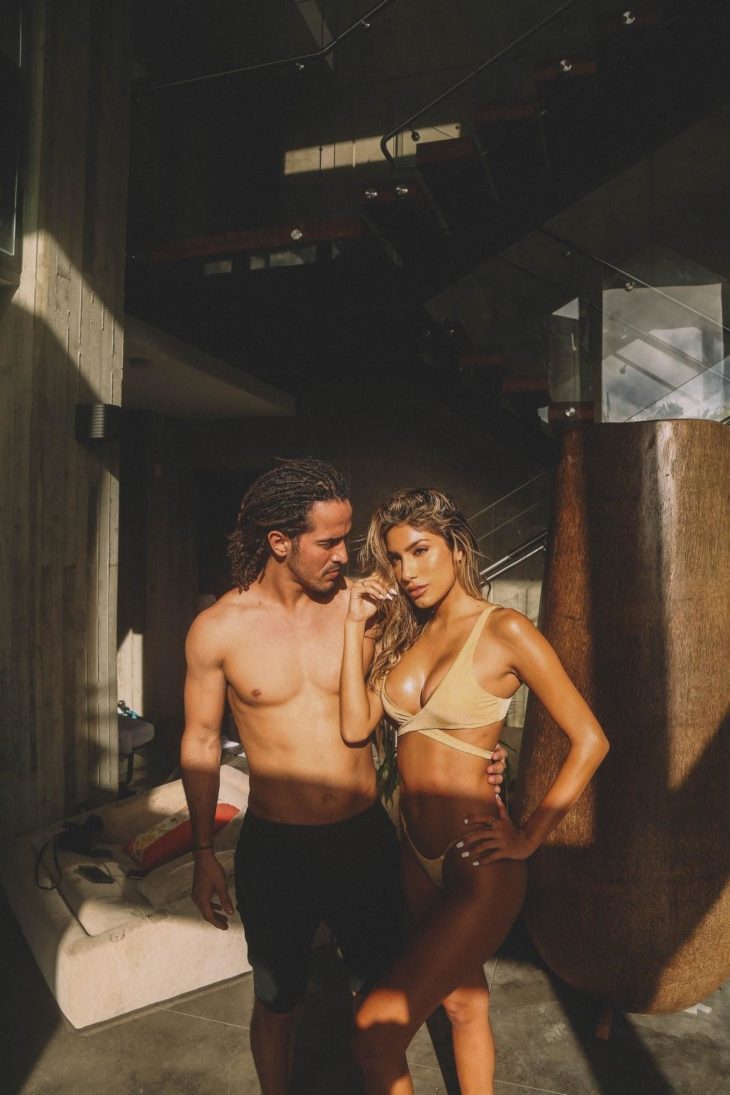 This trip that Joe was on was the soft launch of Furlough what he coins will be the Next Era of Influence.

He expressed that influencer’s content simply showcases their lifestyle but there is nowhere you can find the story of where they came from. He spoke with such certainty and passion on how Furlough will add depth to a very surface leveled space. Social Media has changed the way we live and as someone who runs a business from it, it changes everything down to even what their social circles look like.

With everyone working in silos he anticipates building the platform that would bring them all together. 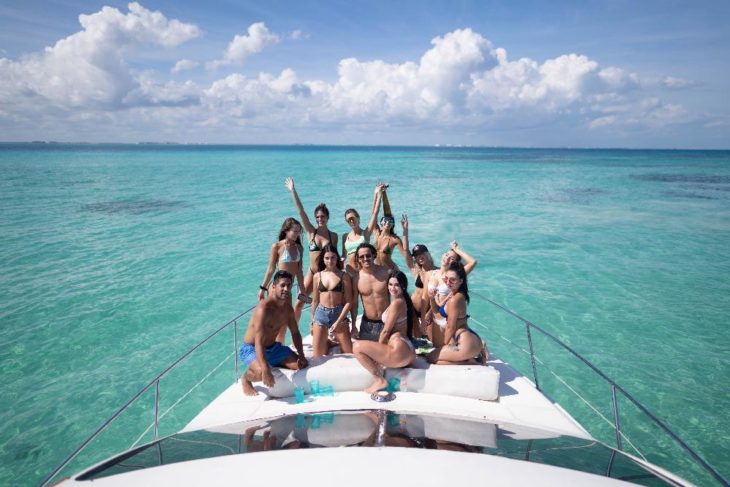 After this fascinating conversation, I began to walk back to my group that I can see looking at me from the distance.

I walked back to my table, served myself another glass of wine and I sat next to my group while watching the influencer whisperer and his crew dance under the moonlight.

I had never been to Tulum but running into Joe Casanova made it better than I could’ve ever imagined.