Is Ready-To-Assemble Furniture Safe for your Children?

A green crib or organic toys may seem like out-of-reach expenses in today’s economy. That being said, many parents would spend more on healthy food and drink for their children, rather than buying expensive furniture. In the end, they would opt for ready-to-assemble furniture—the most inexpensive amenities in the market.

That being said, there’s still a need to provide our children with a nontoxic environment, where they can sleep and play safely. Here’s a crucial question now: can we ensure the safety of children on this economical RTA furniture?

According to the Consumer Product Safety Commission (CPSC), someone can be injured from furniture tip-overs every 17 minutes. 71% of these incidents, which involve emergency department-treated injuries, happened in a residential environment.

What is worse is that there were reportedly 195 deaths caused by it between 2000-2016. Just in 2016, 2,800 children got injured due to tipping furniture, which is 33% higher compared to 2015. Consequently, the placement of furniture was considered as hazardous at home.

Children under six years of age are the victims of this tip-over furniture in most cases. The thing is that they can be the reason of why it will tip-over. Many times, kids would play inside or climb in front of any of the objects, causing them to fall and get injured. 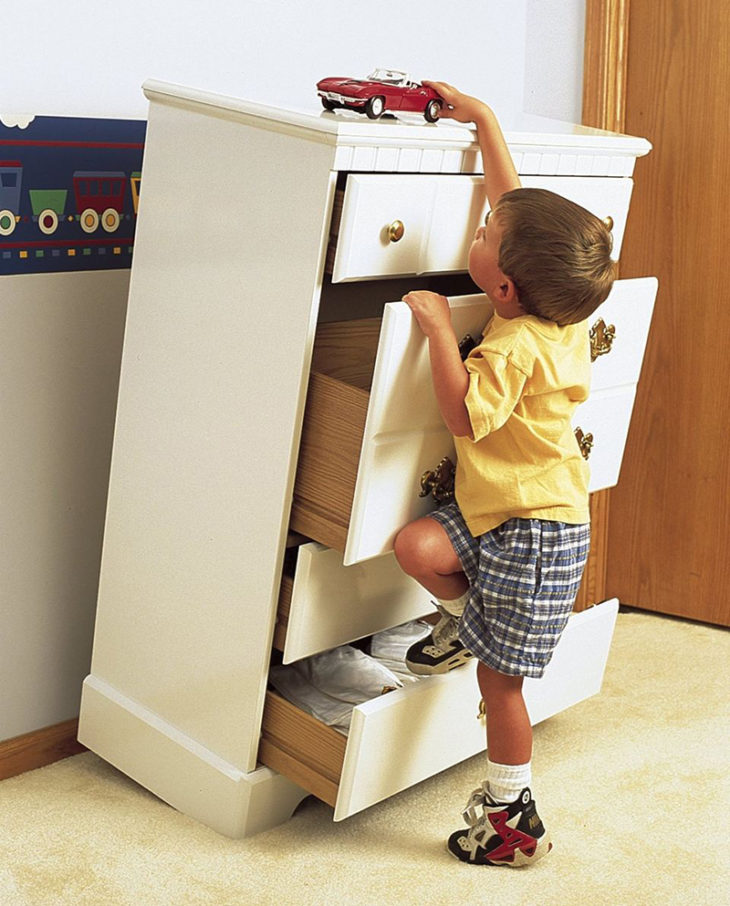 Another cause is the products’ instability. The unsteadiness of some furniture can result in improper assembly and installation, especially for ready-to-assemble products. Another reason would be the use of low-quality materials in constructing them, regardless if it’s RTA or pre-assembled.

In fact, one store voluntarily took back around 29 million products from homeowners and compensated them. This recollection happened after the deaths of six children in 2016, which were caused by this company’s furniture’s parts falling on top of the involved kids.

Since then, the CPSC launched a national public education safety campaign called ‘Anchor It.’ In other words, you’re encouraged to anchor appliances on the furniture or one that is into your wall or floor. It prevents tip-overs from causing accidents that would cause a person’s injury or even death.

Pressed wood furniture is one sizable source of human carcinogen formaldehyde—a volatile organic chemical (VOC). Particleboard (PB), medium-density fiberboard (MDF), and hardwood plywood (HWPW) are made from pieces of wood that are stuck together with a resin containing formaldehyde.

How toxic is formaldehyde? According to the U.S. government’s Agency for Toxic Substances and Disease Registry (ATSDR), it’s toxic enough to cause the following health risks:

ATSDR also added that the younger ones are more susceptible to this chemical than adults. First, children have a relatively larger lung surface, which means they can keep formaldehyde more inside their bodies. Another is that there’s a higher level of formaldehyde found close to the ground. In that case, children could breathe in more of it due to their low stature. 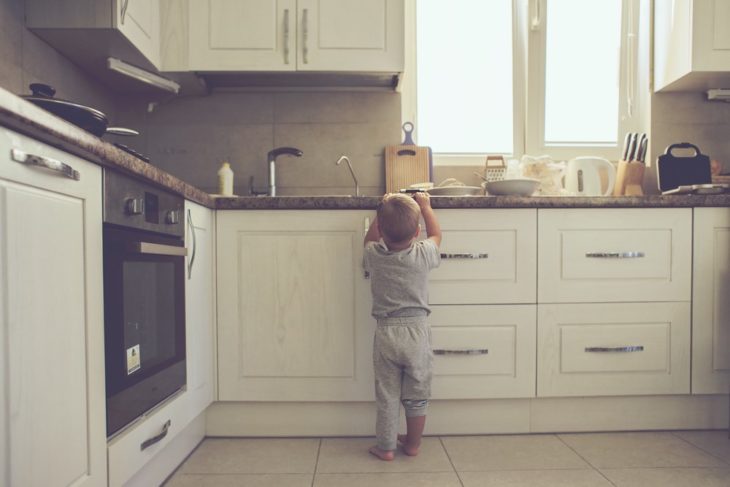 Thankfully, former U.S. President Obama signed the Formaldehyde Standards for Composite Wood Products Act law. This regulation would ‘reduce’ the use of formaldehyde of furniture,  protecting consumers from the exposure of this chemical.

In addition to prevention from using formaldehyde in furniture, the California Air Resources Board (CARB) launched California 93120 Compliant for Formaldehyde. This law is known for restricting formaldehyde emissions from any products made from wood. Any product certified by this campaign would have a label of “California Phase 2 Compliant.”

When purchasing RTA furniture, it’s a must to run a background check whether the products are CARB 2 compliant. Kitchen cabinetry dealers and manufacturers, Kitchen Cabinet Kings and other online retailers follow this compliance not only to ensure exceptional quality but also to provide customers with a safe living experience with their products.

Is Ready-To-Assemble Furniture Safe for your Children?

As mentioned, many safety measures that have been implemented by the federal government (others aren’t specified in this article). The state’s agencies that are reliable for the mentioned regulations have been keeping an eye on these furniture stores’ products.

Further, you should be held liable to your children as parents, too. In ensuring the safety of your children, you have to choose products wisely. Choose those that have CARB 2 certification, not only for furniture but also to all composite wood products ranging from doors, toys, to photo frames.

If you don’t have any idea at all, you can always check the government’s online sites like the U.S. Environmental Protection Agency (EPA).

5 Ways to Strengthen Your Bond with Your Child

6 Reasons to Fall in Love with Wood...

Are Your Cleaning Products Making You Sick?

What Do You Really Know About the People...