Mind Of Man: It’s So Hard To Say Goodbye

I think it was Shakespeare who wrote, “It’s so hard to say goodbye to yesterday.” Yup. I’m pretty sure he wrote that.

It is hard to say goodbye. I am not a fan of it. I try to avoid actually saying it if I can. But you can’t always avoid it. Which is why I like to think that “goodbye” is just “I love you,” played backwards on vinyl. Love and loss are two sides of the same toaster waffle. In this life, you’re either declaring one or tearfully saying the other.

But usually, I find ways not to say that word. I prefer to say “see you around,” then choke back man tears as I walk away (man tears taste exactly like Tobasco sauce). Most of the time, I don’t even say anything. I just sneak away without telling anyone. 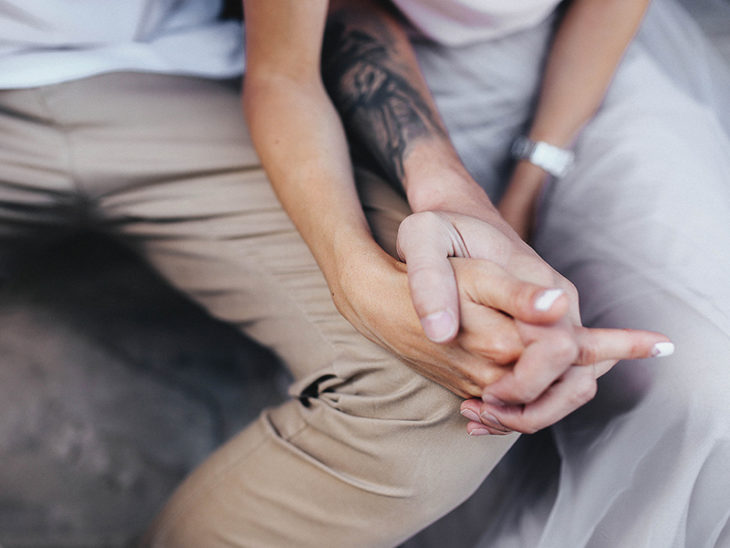 Let me explain: I’m writing this on St.Patrick’s Day, the day we celebrate tacky cultural stereotypes. St. Patrick’s Day is to Irish heritage what Taco Bell is to authentic Mexican cuisine. It’s a wonder we don’t celebrate Columbus Day by dressing up like Super Mario and throwing meatballs at Native Americans. So it is with resigned self-awareness that I admit to being famous for my “Irish exits” at parties. There should really be a new term for when you leave a party without saying goodbye. I don’t even know what is stereotypically “Irish” about this: it seems like a totally reasonable thing to do when you don’t want to make a fuss. According to the laws of grotesque ethnic caricature, an “Irish exit” should be one where you get really drunk and use a shillelagh to smash your way out of the bar. No. This kind of personal evacuation should be named after Nightcrawler, the demonic X-men comic book character who can disappear in a puff of smoke.

Recently, I pulled off a “Nightcrawler exit.” I disappeared in a puff of smoke in New York and reappeared in Los Angeles, which is like New York sprawled out on a couch without pants. The sun in LA is like a giant, fiery pill of Paxil in the sky. It’s unnerving. 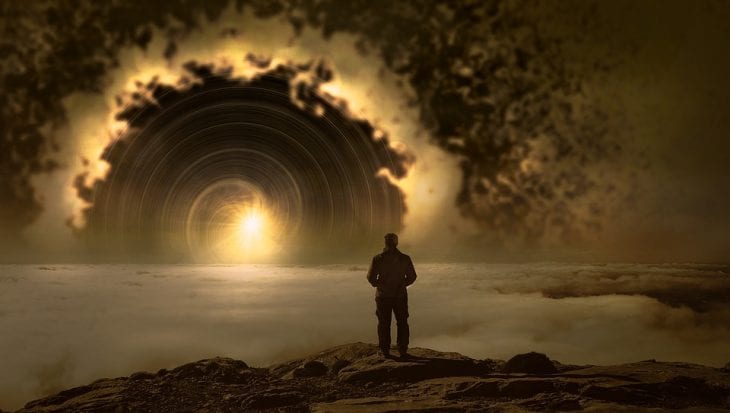 I dislike saying goodbye, even if it is an evitable fact of life. I know this. Everything ends, except, apparently, shitty sitcoms like “Two and A Half Men.” This blog column, though, is ending. I thought I owed my editor and some readers who have contacted me something resembling a farewell.

You are who you love. So love wisely.

You are defined by who you love, and how you lose that love. This is life in a very short sentence. Do yourself a favor and embrace it. You will have to say goodbye to all that you love, whether you like it or not. Wrinkles happen, children grow up, and to quote a famous philosopher, winter is coming. 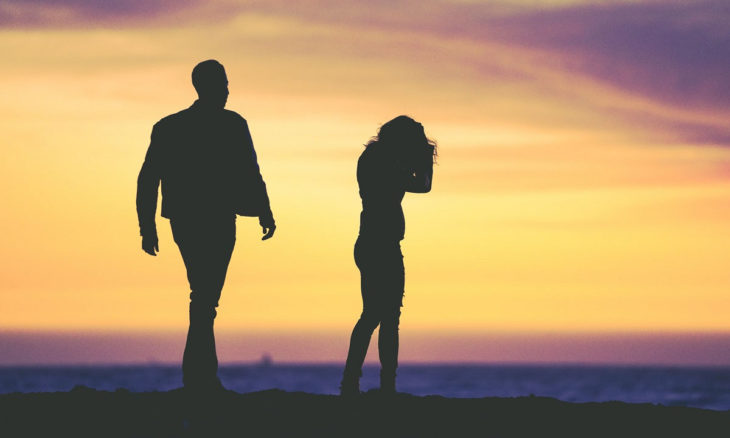 You will lose everything one day and that is beautiful. Do you really think that life is about finding a status quo of physical and emotional contentment and then you live forever? No. Tell someone you love them right now. Wipe that smirk off your face and do it. If you don’t, then you’re just another meat billboard that some corporation will paint with their own artistic interpretation of who you are. Love is the only freedom any of us have. Right now, in most states in America, that freedom is denied its rightful expression to far too many.

I have said goodbye to family and friends, women I thought I would marry, and, now, a city I have spent 15 years living in, a city that has thrown a terrorist attack, three-layoffs, and one transit strike that left me hitchhiking in the snow at me. A city that was the home I returned to after the deaths of my father and my sister, the city that partied with me until dawn, then patiently watched over me while I took responsibility for my life and sobered up. A city populated with people who were my misfit foster family; artists and weirdoes and regular Joes and Janes who let me love them, and who returned the favor, much to my surprise. 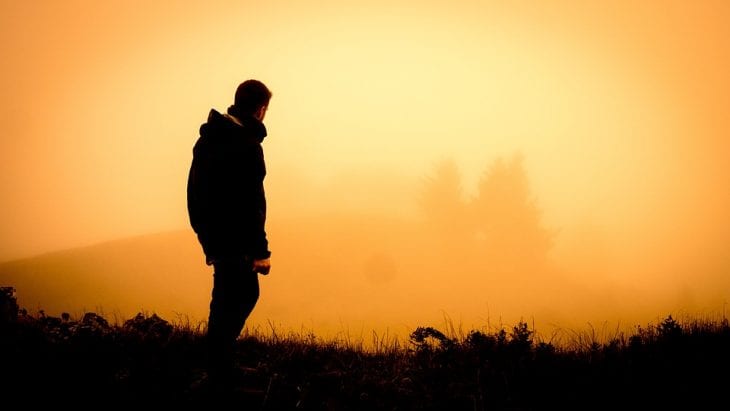 Life is about loving and losing that love, and the only thing that separates “I love you” from “goodbye” is the timing.

It has been fun writing “Mind of Man.” I have been as honest with you as I could be. I have written about my insecurities, my penis, my hopes, and my penis. I have admitted my failings and shared with you my donut-stuffed underbelly. There have been times I regretted sending my post, for fear that I would regret what I’d written. But that never came to pass. I do not regret having written one word. The readers of The Frisky have disagreed with me, and called BS on my sweeping gender platitudes, but they have, mostly, been generous to an aging man trying to make sense of matters of the heart. Along the way, I have learned that gender is, largely, 1 percent biology, 99 percent a way to sell advertising. I like to even think that maybe, just maybe, I have a little feminist in me. Her name is Elphaba. 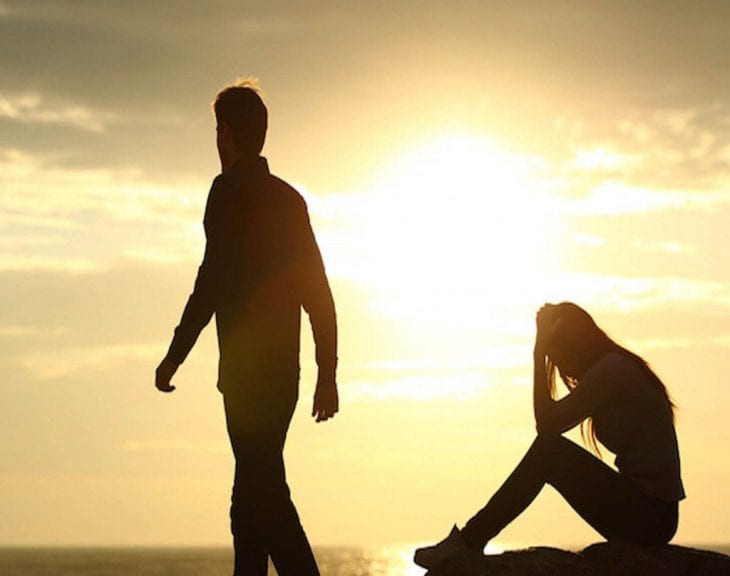 I’d like to thank the staff of The Frisky for all of their support and long, hilarious IM chats. But most of all, I’d like to thank my editor Amelia. I am proud to call her a colleague, and most of all, one of my dearest, most beloved friends. She’s the best editor a troll could ask for, and the kind of woman you want watching your back.

My move to LA was sudden. It was for a job. I am learning how to drive, shoving tacos into my face, and missing my friends. But I also have friends here, albeit tanned. I am thinking about getting my testicles Botoxed.